For those shopping for an SUV that isn’t a hybrid, plug-in hybrid, or battery-electric, what’s the best option for maximizing fuel economy?

We’ll look at compact, midsize, and full-size options and rank them by fuel economy, along with a few other metrics for further comparison. After all, gaining one MPG but losing a lot of cargo volume might not be worth the tradeoff.

This will allow you to balance value versus cost and efficiency between each choice.

What Is MPG and How Is It Measured?

The MPG (miles per gallon) ratings for a vehicle are measured with specific tests created by and overseen by the U.S. Environmental Protection Agency (EPA). These tests require that the vehicles are driven a certain way for a certain length of time, and the fuel economy is measured by calculating how much fuel was used to accomplish that driving during the test.

What is a Compact, Midsize, and Full-Size SUV?

The official ratings for the three common vehicle sizes of compact, midsize, and full-size are given by the EPA according to internal passenger volume. Most manufacturers use the EPA guidelines when announcing a vehicle’s size under these terms.

However, the terms are not mandated outside of the EPA’s use in determining fuel economy for the manufacturer’s entire fleet (called the Corporate Average Fuel Economy or CAFE). For our purposes, we will use the manufacturer’s terminology when declaring their vehicle compact/small, midsize, or full-size. 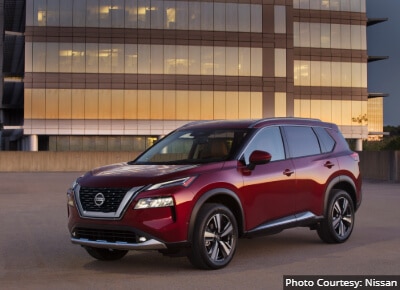 The Rogue was redone for 2021 with an all-new look and interior.

The Rogue is more upscale now but remains well-priced for the segment.

It has an average-sized cargo total, seating for 5, and gets segment-topping fuel economy without a hybrid powertrain, all in a compact SUV size.

Both front-wheel and all-wheel drive are available on all trim levels of the Rogue. 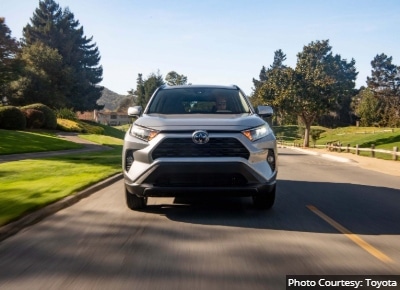 A close second to the Rogue, a small SUV, in terms of fuel economy, the RAV4 has the smallest cargo space on our list.

It also sports the highest price. Yet it’s a best-selling vehicle and remains so for good reason.

It’s comfortable, smooth to drive, and has lots of standard safety features.

It’s also worth noting that both a hybrid and plug-in hybrid version of the RAV4 are available. 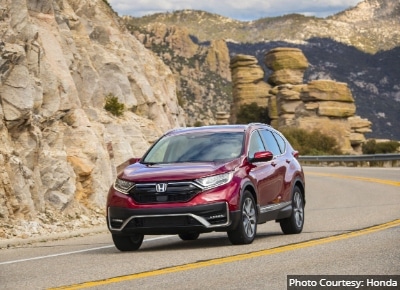 The CR-V is the most spacious of the favorites on our list, with a bigger interior than most in this class.

While it hasn’t had an update in some years, the CR-V is still a contender in the small SUV market and ranks well on most metrics.

There is also a hybrid option for those interested. 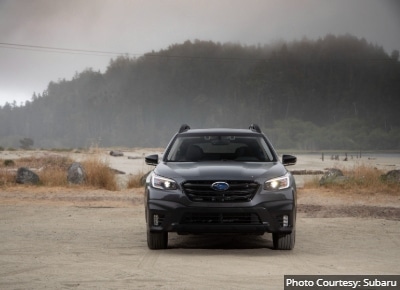 The Outback is the smallest (in footprint) of the options on our midsize SUV list, but it sports the highest fuel economy, one of the largest cargo spaces, and lowest base prices of the bunch.

The Outback comes standard with all-wheel drive as well.

As an added bonus, safety and driver’s aids technology are mostly standard on the Outback. 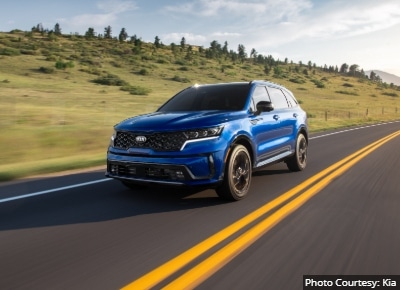 While relatively small in size compared to the next option on our list, the Sorento nevertheless has a small third row, good-sized cargo area, and more than one engine option.

Fuel economy is good for the segment and, while often called “compact,” the Sorento is more of a midsize SUV in its actual footprint. 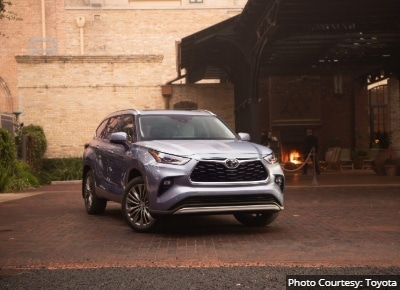 Fully redesigned for 2020, the 2021 Highlander continues with its domination of the midsize SUV segment.

Standard in the Highlander is a V6 engine, something others on this list cannot promise, and there is a hybrid option for those looking.

Cargo space in the Highlander is more than plentiful and a third row of seating is standard as well. 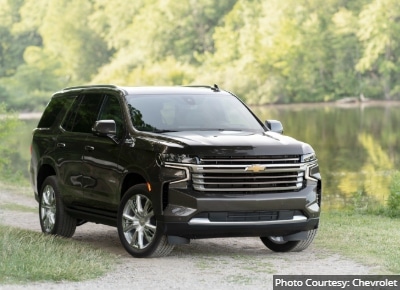 The Tahoe was fully redesigned for 2021 to include more interior room (especially in the second and third rows) and (a lot) more cargo space.

Other highlights include the available diesel engine, for which we’re using numbers here as it greatly improves fuel economy.

With the available front row bench, this full-size SUV seats a total of eight people. 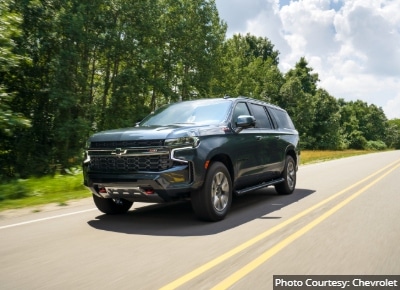 Like the related Tahoe above, the Suburban also got a full redesign for 2021.

Being larger than the full-size SUV, Tahoe, the Suburban gets one MPG less on fuel economy with the available diesel engine.

It is also the largest in cargo space and price of the options on our list today. 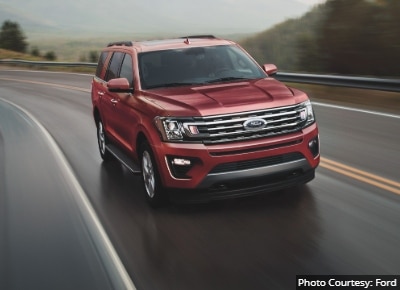 Redesigned a couple of years ago, the Expedition set a new bar for the full-size SUV segment that the others on our list have been redesigned to exceed.

The efficient turbocharged six-cylinder gasoline engine in the Ford is the only thing the other two cannot match. For those looking for more space, particularly cargo, the Expedition Max model closes the gap between the standard (used here) and the Suburban (above).

What is the best SUV for MPG with AWD?

Each of the three categories above covers three sizes of sport utility options with MPG rankings. Except for the Subaru Outback, most of the above are front-wheel or rear-wheel drive by default, and the numbers given reflect that. As a rule of thumb, deduct one MPG from a given vehicle to get an approximate MPG rating with AWD equipped. Deduct two MPG for four-wheel drive.

What is the best compact SUV for fuel efficiency?

The Nissan Rogue (27/36 MPG) is more upscale now but remains well-priced for the segment. It has an average-sized cargo total, seating for 5, and gets segment-topping fuel economy without a hybrid powertrain.

What is the best midsize SUV for fuel efficiency?

The Subaru Outback (26/33 MPG) is the smallest (in footprint) of the options on our midsize SUV list, but it sports the highest fuel economy, one of the largest cargo spaces, and lowest base prices of the bunch.

What is the best full-size SUV for fuel efficiency?

The Chevrolet Tahoe (21/28 MPG) was fully redesigned for 2021 to include more interior room and cargo space. Other highlights include the available diesel engine, for which we’re using numbers here as it greatly improves fuel economy.