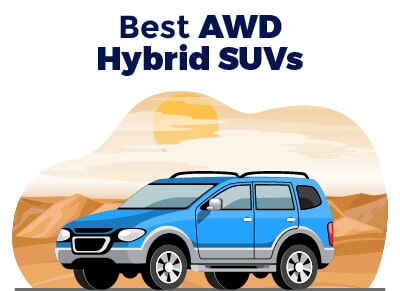 Hybrid options in sport utilities and crossovers have become more common today than they were just five years ago. But while there are plenty of options on the market, these efficient SUVs are still relatively rare.

As with all vehicle comparisons, the balance of value versus the costs associated with the vehicle is important. A hybrid, for example, should have a return for the premium spent to get the more efficient drivetrain.

What Is a Hybrid SUV?

A hybrid vehicle uses more than one energy source to propel itself. In the case of automotive, that usually means a gasoline and electric propulsion system working together.

Most hybrids use a gasoline engine as the primary motivator for the vehicle with an electric motor or motors attached to the drivetrain (usually at the transmission) to add supplemental power and take over as the sole power source in lower-speed driving. Most hybrids recharge the batteries that power the motors via regenerative braking, which uses some of the kinetic energy lost while slowing a vehicle to make electricity and store it in batteries.

Some hybrids have a plug and are usually referred to as plug-in hybrids. These work the same as a regular hybrid vehicle, but can be plugged into a wall or car charging unit to add power while not moving and have larger batteries (and longer electric-only ranges) as a result. While our list here doesn’t specifically list any plug-in hybrids, there are options for them with some of the models we’ve included. Usually at greater expense to the buyer. 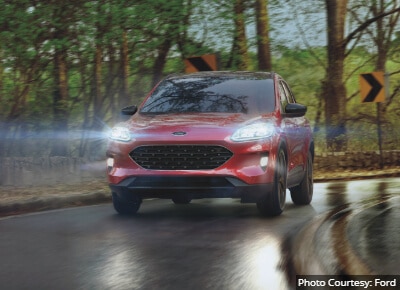 The compact SUV, Ford Escape Hybrid, tops our list because of its combination of low cost, excellent fuel economy, and sporty design and feel.

It accelerates well, has smooth braking (even when regenerating), and real-world fuel economy returns that easily mimic those on paper.

The Escape Hybrid’s chief downside is how low-rent the interior feels compared to others on this list. A reflection of its no-nonsense price tag. 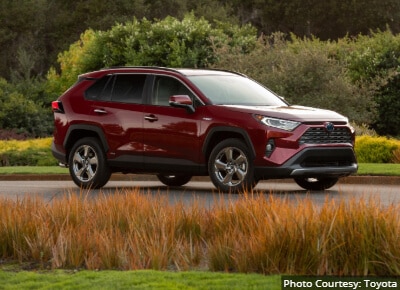 Introduced a few years ago with its innovative drivetrain utilizing an electric motor to power the rear axle (leaving out a physical driveshaft), the RAV4 Hybrid, a small SUV, continues to dominate hybrid SUV sales in North America. It’s a good-looking, well-designed vehicle that feels and acts accordingly.

High fuel economy returns and a good amount of usefulness and all-weather capability are highlights.

For those looking to take the efficiency up a notch, a more expensive plug-in hybrid model, the RAV4 Prime, is also available.

Check out our list of the best AWD vehicles under $30K. 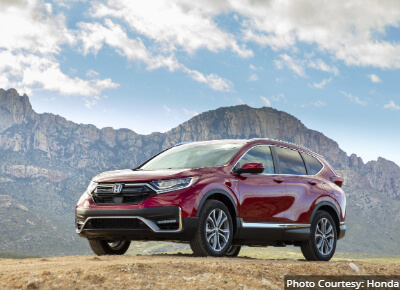 The midsize Honda CR-V has won awards (and sales figures) for its excellence. The hybrid model adds fuel efficiency to those winning metrics, but comes with a significant price jump. Unlike the other two on our list above it, the CR-V loses some cargo space to accommodate the hybrid’s battery.

That doesn’t compromise interior roominess for passengers or a great feel on the road, though, keeping the CR-V Hybrid a top choice here. 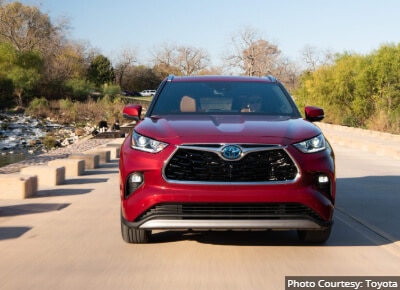 The Highlander Hybrid has been around for a while, but the remodeled 2021 version brings more efficiency and a more ground-up “made to be a hybrid” design. While still not actually a hybrid by default, Toyota did put a lot more effort into making this three-row midsize-SUV a very efficient and ergonomic family hauler.

Outside of it being larger and more expensive than the others on this list, it has few downsides.

For those looking to maximize three-row effectiveness with a hybrid powertrain, Toyota also has the Sienna minivan with a hybrid option, but not with AWD. 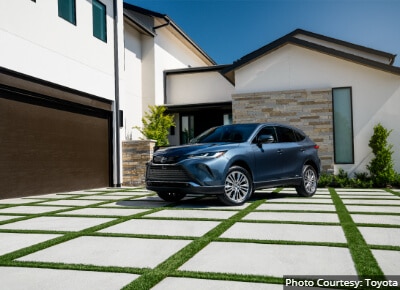 Toyota dominates the hybrid game in automotive, and that’s clear from our list here.

The Venza, also redesigned for 2021, is a hybrid by default. It’s a tad more premium in its design and feel when compared to others on this list, and has a price tag reflecting that, but it is an excellent hybrid SUV regardless.

The Venza is a solid choice with near-luxury chops, especially if you have a preference for wagon-style crossovers over the more square-bodied models.

What is the best AWD hybrid SUV?

We ranked the Ford Escape Hybrid as our top choice. It combines excellent fuel economy, a low price tag, and everyday usefulness in a value-oriented package and really hits it home.

Where did you get fuel economy numbers from?

Our MPG ratings are from fueleconomy.gov, the U.S. federal government’s official fuel economy testing body, and their publication website.

Where do your pricing figures come from?

These are the prices listed by the manufacturer as the vehicle’s starting manufacturer suggested retail price (MSRP). The price listed is for the lowest-cost version of that vehicle before any shipping or other additions are tallied in.

Is Toyota a good brand for hybrid vehicles?

Yes, there are two reasons for that. The first is that Toyota has gone all-in on a “diversified electrification strategy,” which means they’re making hybrids, plug-in hybrids, and battery-electric vehicles all at the same time. Many manufacturers are skipping the hybrid option altogether and just offering gasoline-powered or battery-powered vehicles with little or nothing in between. The second reason is that Toyota makes good vehicles in every category it enters and knows how to balance ergonomics with efficiency.