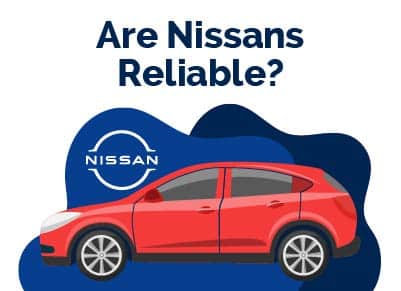 For some years now, Nissan has maintained impressive growth with the introduction of innovative designs, safety features, and improvements in the overall build quality of their cars.

They made waves in 2016, becoming the world’s largest manufacturer of electric cars. Nissan maintained an impressive level of reliability not until the 2000s. But are Nissans reliable?

Nissan is a fairly reliable brand. They make durable and powerful V6 and V8 engines, and the safety ratings and durability aren’t bad either.

The Nissan brand was one of the brands we consider great contenders to Toyota. This is because of how reliable their cars are.

We believe the decline in Nissan’s reliability started after the Renault acquisition. This is added to their CVT “transmissions” that are always faulty. Nissan gradually became a shadow of the Japanese standard it was known for.

Here’s all you should know about Nissan’s reliability and what you should consider before getting one.

Nissan cars are fairly reliable. They are not too good to be defined as premium quality, but they are not also entirely bad.

There was a time when Nissan made pretty good cars. Cars that were good enough to compare with Toyota and Mazda’s reliability. Well, things happened. The company’s reliability “tanked.”

According to RepairPal, Nissan recorded a 4.0/5.0 reliability rating, ranking 9th out of 32 car brands. The case is different from Consumer reports as Nissan ranked 13th among 26 brands, with the Nissan Murano, Altima, and Maxima posing as the most reliable Nissan cars.

There are several good things about Nissan cars that users can rely on. They provide impressive fuel economy, great engine performance, and enough advanced safety features to keep you safe. However, the truth remains that the Nissan brand was better than what we see today.

We cannot describe Nissan as a bad car brand, although there are a few annoying things about them. The ever-disturbing CVTs and the smaller engines that they load up for Europeans, Asians, and Indians. However, on an overall scale, they are quite manageable.

With a Nissan car, you are assured of cheap repair and maintenance costs. Nissan’s reliability dropped after the 2000s. This was during the period when Renault bought a share of the company.

Renault handled the production of most Nissan systems, which was the beginning of Nissan’s CVT problems. The consistent problems with Nissan’s transmission are one of the reasons why their reliability dropped.

Why Nissan Cars are Considered Reliable

Here are the major reasons why Nissan cars are reliable.

The fuel economy of Nissan cars is one of the contributing factors to their reliability. There aren't as many gas-saving technologies on Nissan cars as on Honda or Mazda cars, but you can get an impressive fuel efficiency that you can rely on.

On Nissan, you can get different categories of cars and models with impressive gas ratings. The gas mileage of Nissan is spread across different models on different ratings.

You should expect the best gas mileage on Nissan cars like Nissan Versa, Sentra, Rogue, Kicks, Altima, Maxima, etc. The gas mileage on these cars runs between 28/20 MPG for the city and highway to 40/32 MPG.

Nissan has a history of making great and reliable engines. They have powerful V6 and V8 engines, and you can expect these engines to last up to 250,000 miles with minor issues and no major faults.

There are also a few problematic Nissan engines, like the 2.5L four-cylinder engine, that always had piston ring issues and high oil consumption.

What this means is that even though Nissan makes some great engines, there are chances that you might pick up the bad ones. You might end up with engines with tensioner problems on the timing chain or a faulty ECU that will cause the engine to run rich.

The truth is that Renault doesn’t have a reputation for making reliable components. Their links with Nissan affected the reliability of their engines and components.

Your choice of a Nissan engine will depend on certain factors; if you want a performance car or a fuel-efficient system, if you are a fan of fuel efficiency, then you should go for the Nissan 1.6L engine, but if you want performance, then choose the VQ35 and VQ37 engines.

These engines deliver a burst of 332/350hp. More importantly, they hold impressive records for their reliability.

Nissan holds an impressive safety rating across different platforms. There are close to four Nissan models earning the US Safest Cars recognition. This includes the IIHS Top Safety Pick+ awards and NHTSA’s five-star rating on many Nissan cars.

The Nissan Sentra, Maxima, and Altima have consistently held a record for passenger safety and crash protection. The improved safety of Nissan cars boils down to the safety technology embedded in its cars.

The safety technology features of Nissan cars include:

Toyota, Honda, and Nissan are some of the few car companies with a remarkable trail of quality and high engineering processes.

Although Nissan had a drop in quality, there came the tales of building their cars with lower quality materials and reducing their engineering expenditure to cut costs and make more profits.

Nissan cars last a pretty long time, but it depends on the years you choose and how well you use them.

You should expect your Nissan car to last up to 250,000 miles. This comes on the premise that you are not burdened with transmission problems.

Nissans are good cars to buy, but not as great as you imagine. There are affordable cars on the Nissan line-up with impressive deliveries. It would be best if you conducted extensive research to ensure that you don’t choose from the bad models.

How long do Nissan cars last?

Is Nissan cheap to maintain?

Why does the Nissan CVT fail?

The major reason why Nissan CVT always fails is that Nissan, in a bid to cut costs during the production of their cars, was unable to create a separate cooling loop for their CVT. This will cause the car to overheat and run hot after a long period of driving, thereby causing the CVT to fail.