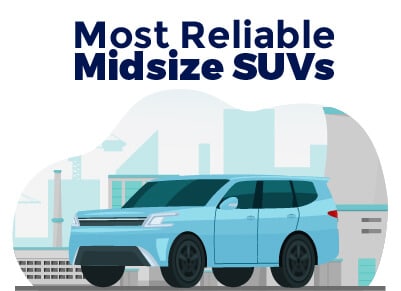 Midsize SUVs are primarily family vehicles, and everyone wants their family vehicle to be reliable. The SUV's reliability ratings play a big role in determining our list of the best SUVs.

We’ll call the Toyota Highlander our role model for the segment and build our readers a top-down list of the most reliable vehicles of this type.

We will overview the top five best midsize SUVs for reliability and point out some of the least reliable midsize SUVs.

Consumer Reports does a very exacting breakdown of reliability by model and model year that we find helpful. In our rankings, we average the past few years’ ratings to come up with a number between one and five, with higher being better.

J.D. Power has a great study called the Vehicle Dependability Study it publishes annually that ranks the reliability of three-year-old models based on problems per 100 vehicles. In this case, a lower number is better.

We also check out CarComplaints to be sure no new widespread reliability issue has entered the fray. 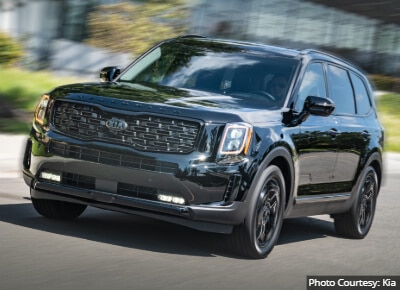 The Telluride is now in its second model year and has only perfect reliability scores. With such a strong score, how could we not pick this model? Anyone who watches quality ratings will not be surprised to see the newest Kia model rise to this position.

Kia has been working its way steadily up the quality rankings over the past decade and is now clearly one of the leaders.

The Telluride combines a roomy interior with an exterior that still fits in your garage. Like all modern Kias, the Telluride offers a classy look and an upscale vibe. Reviewers have been raving about the Telluride since its introduction. 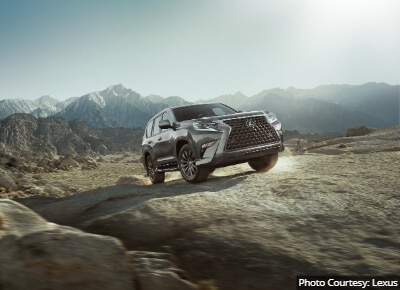 Among the body-on-frame designs on our most reliable midsize SUVs are the Toyota 4Runner and Lexus GX.

Both are burly vehicles, and those who want old-school toughness will gravitate towards it.

Consumer Reports has lots of data for the 4Runner. Like its sibling, the Highlander, the 4Runner has an unbroken record of 4 and 5 reliability scores going back almost 20 years. So too does the Lexus GX. 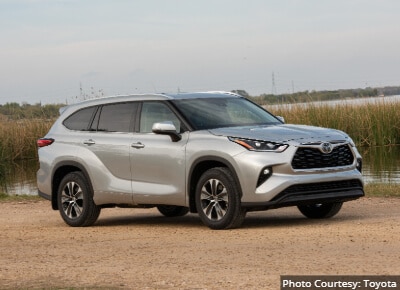 The Highlander’s Consumer Reports scores were intriguing. This model has been around since 2001 and in that time has never been scored lower than a 4 by Consumer Reports. More than half of the years are perfect 5's.

Toyota also does well as a brand on the J.D. Power VDS ranking. We picked the Highlander as our size example for this story about midsize SUVs, but we could easily have used it as an example of long-term excellence as well.

If you’d like a version with a bit more premium features, check out the Lexus RX. 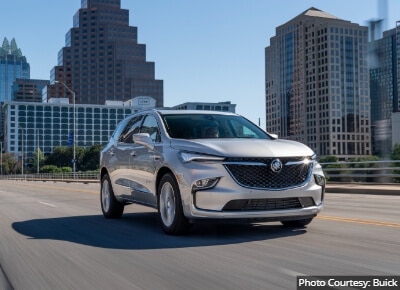 Buick seems to lead GM now when it comes to quality. This Buick beats the pants off the Cadillac CT6’s Consumer Reports score, and the Buick brand is one of the most highly rated by J.D. Power, matching Cadillac.

In our most recent reliability ranking of compact SUVs, Buick’s Envision also scored very high. The two are made on different continents and share little mechanically.

What does that tell us? It means Buick has built a global culture of reliability excellence. 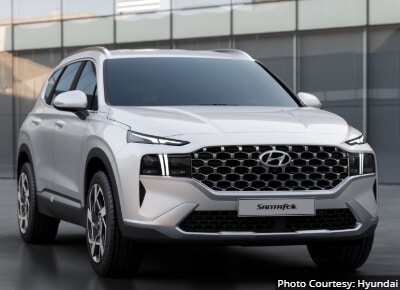 The five-passenger Santa Fe is at the smaller end of the midsize segment, but it feels “right-sized” to us. So we included the Santa Fe on this list rather than the compact list. The Santa Fe has evolved rapidly, but there is no hiding the fact that it was originally modeled after the Highlander. Cribbing notes regarding size is easy. However, figuring out how to creep up on a legend’s reliability scores is a much more impressive accomplishment.

The new three-row Hyundai Palisade may be somewhat similar to its Kia Telluride sibling, but sibling rivalries can reveal character. The Palisade is earning a lot of attention and is quickly moving up the sales charts. These new vehicle owners may keep the Palisade for a decade or more. It is very likely that during that span, they will continue to have trouble-free motoring. That’s how Toyota built its niche. 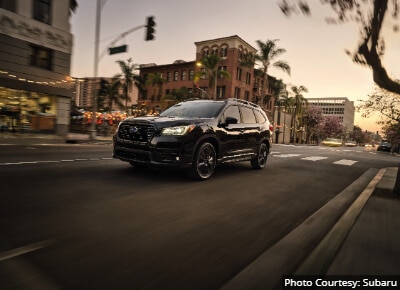 Subaru’s newest three-row SUV has had its struggles.

It only earns a 1.3 Consumer Reports score, and Subaru is below average. Early Ascent models in 2019 had transmission issues, and CarComplaints shows some electrical gremlins.

Unusual for Subaru, the Ascent also had a safety defect in early models that resulted in an NHTSA recall. 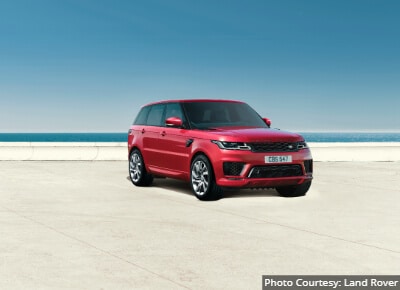 It is with mixed feelings that we report the low-reliability scores for Range Rover’s two midsize SUVs.

Both the Velar and Range Rover Sport score very well in style, luxury, power, and capability.

However, the brand has the lowest J.D. Power VDS score, and both of these models earn a 1 from Consumer Reports 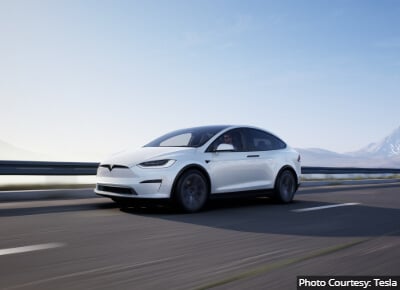 Tesla’s Model X has been on the market now for six years. Three of those model years earn a score of 1 from Consumer Reports.

J.D. Power has limited participation from Tesla, but scores the brand fourth from the bottom in its most recent VDS.

What Is the Most Reliable Midsize SUV?

The midsize SUV segment is huge. With over 30 models from which to choose, shoppers can find any mix and match of capabilities and features they desire. However, one model stands apart when it comes to reliability. Kia’s Telluride earns top scores from all of our data sources. There are many reasons this vehicle is a big hit, and reliability is just one of many reasons we would suggest shoppers add it to their list.

What midsize SUV has the best reliability rating?

Two midsize SUVs stand apart from the pack on reliability. In its first two years, the Kia Telluride has scored higher than any other SUV in its class. However, the Toyota Highlander also has good scores during these years and a legacy of reliability excellence going all the way back to 2001.

What luxury midsize SUV has the best reliability ratings?

The Lexus GX and Lexus RX are a couple of the most reliable luxury midsize SUVs.

Which midsize SUV has the lowest reliability scores?

How does the Honda Pilot rank in reliability?

The Honda Pilot is a segment leader in many regards. Its sales are among the highest in its grouping, and Honda owners tend to be very brand loyal. The Pilot’s reliability scores from Consumer Reports for the past three model years average just ⅖, and Honda has fallen below average on the J.D. Power VDS brand reliability study.