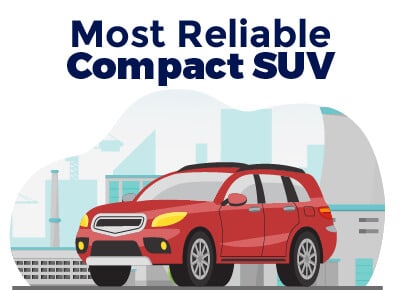 Compact SUVs the size of the Toyota RAV4 and Honda CR-V have become a mainstay of the American automotive landscape. These types of vehicles make great family cars, are outstanding in challenging weather, do pretty well off-road in some cases, and make great commuter and multi-purpose vehicles.

One thing every owner places highly on their list of priorities is reliability. It plays a big role in determining our list of the best SUVs.

Here is our ranking of the most reliable compact SUVs from top to bottom. First, we will overview the top five models, tell you which scores lowest, and let the data chart do the talking for the also-rans.

Find the Best Car Price relies on three primary sources of reliability data to choose the most reliable vehicles.

Next, we look to the J.D. Power & Associates brand rankings in its Vehicle Dependability Study (VDS). This study uses owner-reported data to score how well three-year-old vehicles are holding up.

Last, we look to CarComplaints to ensure no widespread reports of big problems with a given model. 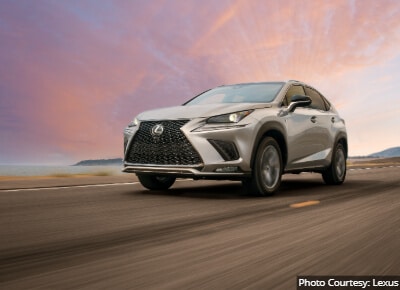 The Lexus brand is respected among consumers and testers as one of the most reliable brands in history.

Lexus is number one on the J.D. Power VDS study rankings, and only Porsche comes close.

The NX has the second-highest Consumer Reports rankings, and that includes a cautious score of 4 by that organization for the upcoming 2022 model year, which is a redesign year for the model. 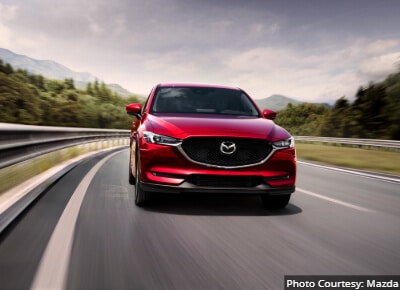 We could have ranked the Mazda CX-5 equal to the Lexus NX on this list.

The CX-5 has the only perfect five score from Consumer Reports on this list, and its score of 121 on the J.D. Power VDS is above average.

The CX-5 almost never misses one of the “Best of” lists. Watch for the Mazda CX-5 to score highly on our upcoming ranking of the best-used SUVs. Its Consumer Reports scores are stellar in past model years. 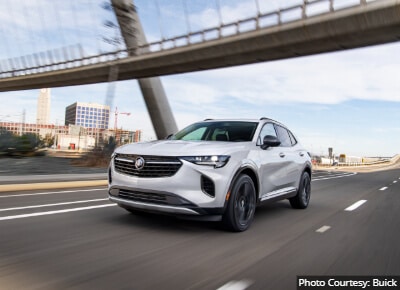 The Envision is the only model on this list made in China. GM’s import brand, Buick, scores very highly on the J.D. Power VDS ranking, and the Envision does quite well on the Consumer Reports score.

When the Envision first made its debut in 2016, it earned an IIHS Top Safety Pick Plus score.

If anyone had any doubts about the quality and safety of Chinese-made vehicles, let them forever be put to rest. 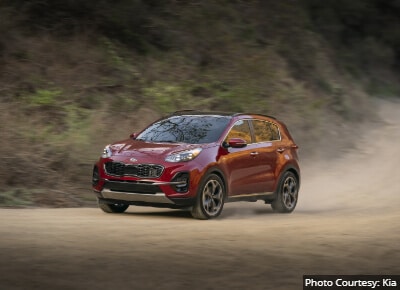 Surprised to see a Kia on this list? Don’t be.

The brand has one of the highest J.D. Power VDS scores, and its Sportage earns a respectable 4 on the Consumer Reports score.

The Sportage is a hidden gem in this segment. If you like the unusual styling, check out the Sportage when you shop for your next vehicle.

You may qualify for deals and incentives, check out this month's Kia deals here. 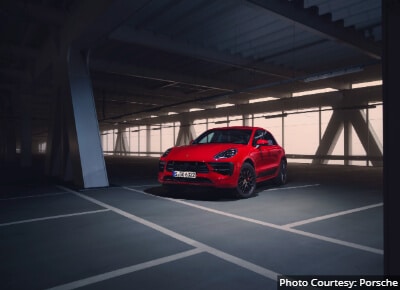 Here’s an interesting fact; The Porsche Macan outsells all of Porsche’s car models combined in America.

Of course, Porsche cars are rarer than hens’ teeth. Despite testing exotic vehicles like Alfa Romeos, McLarens, and Maseratis, this writer isn’t sure he’s ever seen a Macan in person.

If you like exclusivity and reliability in equal measures, the Macan is for you.

You may qualify for additional deals and incentives, check out this month's Porsche deals here. 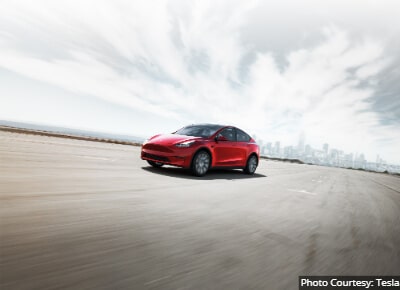 The Tesla Model Y launched in 2020 and earned the lowest possible score on the Consumer Reports rankings. Tesla’s brand ranking is not just last on the J.D. Power VDS, it’s so far from the mainstream in its problems per 100 vehicles they had to leave it off the main chart.

Tesla vehicles have double the problems that top-ranked brands on the VDS do. And keep in mind, it’s Tesla owners reporting these problems.

Consumer Reports has gone out of its way to warn consumers about the Model Y’s reliability record.

Having let the data guide us on this ranking, it was a surprise to us that Toyota’s RAV4 and Honda's CR-V do not earn spots in the top five most reliable compact SUVs.

Toyota’s Consumer Reports score is not high enough, despite a very high brand rating by J.D. Power. Honda was moved low on the list because its J.D. Power score is not even average.

What Is the Most Reliable Compact SUV?

The compact SUV segment is packed with reliable choices. However, it is the Lexus NX that stands above the others. The 2021 model year NX is at the end of its generation, which always means the bugs have been worked out. Heading into 2022 the new NX will primarily use proven powertrains from other Toyota/Lexus family vehicles.

Who makes the most reliable small SUV?

Our research compiling both Consumer Reports and J.D. Power scores indicate that the Lexus NX is the most reliable small SUV. Mazda’s CX-5 and Buick’s Envision round out the podium.

Which is the most reliable compact SUV for 2021?

Reliability ratings lag model years because data to support the rankings can only be gathered after the vehicle has had some time on the road. Our analysis of the data shows that the Mazda CX-5, Buick Envision, and Lexus NX look promising.

Which compact SUV has the lowest reliability ratings?

On both the Consumer Reports and J.D. Power rankings, the Tesla Model Y scores lowest among SUVs smaller than midsized.

How do you know if a vehicle is reliable?

There are some great resources out there to find out if your vehicle is reliable. Consumer Reports and J.D. Power are the major ones that compile reliability data. CarComplaints is another place to check for widespread reports of big problems for a given model.