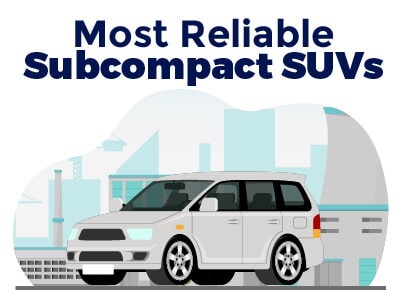 Subcompact SUVs are often a recent college grad’s commuter vehicle. When your paid vacation is five or ten days per year, you certainly don’t want to spend any of them taking your car in for repairs.

Reliability plays a big role in determining our list of the best SUVs.

Small SUVs are also great family vehicles. No parent wants to be phoning roadside assistance with two kids in the back of the vehicle. Let’s face it; Reliability is a top concern for small SUV owners.

Here are the best five small SUVs for reliability.

Our list of the most reliable small SUVs leans on data from owners collected and tabulated by three trustworthy sources.

Next, the J.D. Power & Associates Vehicle Dependability Study (VDS). This study looks at the number of problems a brand’s three-year-old models have.

Finally, the CarComplaints tabulation of scary, high-likelihood problems that owners report on a given model. 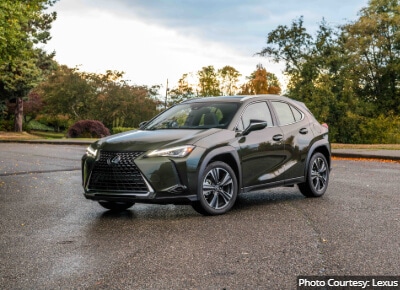 The Lexus UX may not win any enthusiast vehicle specification sheet comparisons, but we tested it and found it a joy to drive.

The UX has a mellow vibe and just relaxes its driver on the highway or in traffic. On a twisty mountain road, we found the UX comes alive nicely and can be tossed around corners.

The UX earns the top spot on the strength of its J.D. power VDS ranking of number one. Like every vehicle in our top five, it has earned perfect Consumer Reports Scores. 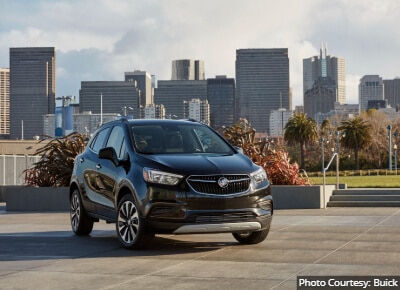 We have referred to Buick as GM’s import brand, and indeed, the Encore is imported.

However, maybe we should call Buick GM’s quality brand?

The Encore came in second because its J.D. Power VDS brand ranking is a solid fifth overall in the industry. 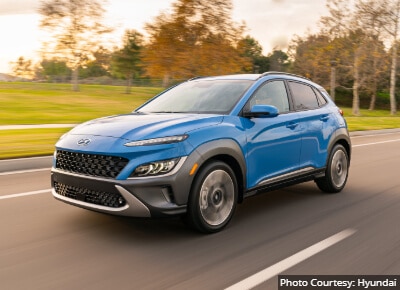 The Hyundai Kona is a strong model in the small SUV segment. It’s available in many affordable trims, sporty trims, and very well-equipped trims for under $30K.

There is also a Kona battery-electric vehicle.

Hyundai has been rising in the reliability charts for years and earns a solid third place on our list. 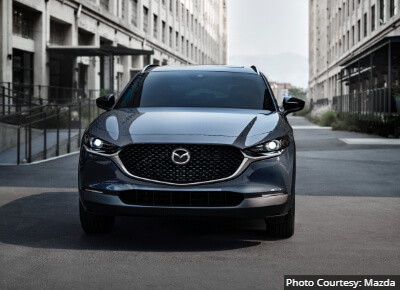 We’ve created many “Best of” lists, and when Mazda has a model that qualifies, our only question is, “Did the Mazda win?”.

It didn’t in this case, but fourth place on a list of the world’s most reliable small SUVs is still solid.

The Mazda CX-30 has a decent amount of interior space for its passengers, in the front and rear, considering its size as a subcompact SUV. 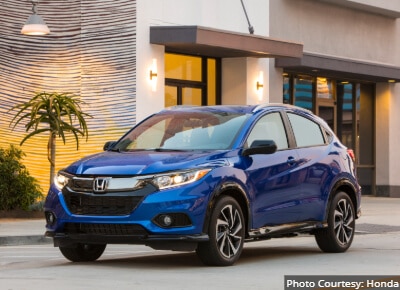 There was a time when Honda and Toyota owned the reliability game. That may no longer be the case, but Honda’s fifth-place showing on our top five list reflects that heritage.

The HR-V is a remarkably roomy small SUV and it’s clear Honda worked its magic inside.

We look forward to more Honda cars, crossovers, SUVs, and trucks on our lists to follow.

What Is the Most Reliable Subcompact SUV?

No vehicle segment has a tighter grouping of reliable vehicles than the subcompact SUV class. There are five that earn perfect Consumer Reports scores. However, the Lexus UX tops our list based on its brand reliability data. We’ve tested the UX, and we’d swear you can feel the quality when you drive it.

What is the most reliable small crossover?

The Lexus UX scores earn a perfect 5/5 on Consumer Reports’ reliability scale, and Lexus is the top brand for reliability on J.D. Powers’ VDS listing. Other solid choices are the Buick Encore and the Hyundai Kona.

Which is more reliable, the Toyota C-HR or Lexus UX?

The Lexus UX and Toyota C-HR are similar in many ways. However, the UX is offered in an AWD trim and has higher reliability scores from both Consumer Reports and J.D. Power & Associates.

Are the BMW X1 and X2 reliable small SUVs?

The BMW X1 and X2 are very similar, and they both earn a solid ⅘ rating from Consumer Reports. BMW also has a higher than average J.D. Power VDS brand reliability score.

What brand is the most reliable for small SUVs?

There was a time when Honda and Toyota owned the reliability game. However, that is no longer the case. Popular brands like Lexus, Buick, and Hyundai make very reliable subcompact SUVs.