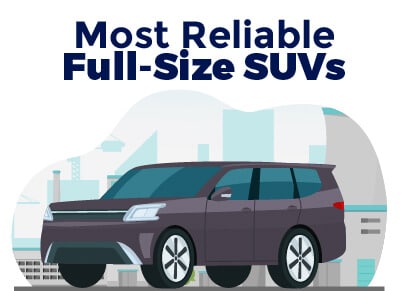 Full-size SUVs are among the most expensive family vehicles one can own. With so much riding on these important vehicles, reliability is always a top priority. It also plays a big role in determining our list of the best SUVs.

Many owners use these brutes to tow long-distance, haul materials, and in their business. Breakdowns and time out of service can be a big problem.

Here is our reliability ranking of the largest SUVs in the US market.

Our evaluation of the largest SUVs on the market uses two primary sources of reliability data.

First, we check out Consumer Reports. They do a very exacting breakdown of reliability by model and model year that we find helpful. In our rankings, we average the past few years’ ratings to come up with a number between one and five, with higher being better.

Next, we look at the J.D. Power Vehicle Dependability Study. This study evaluates the reliability of three-year-old models by asking owners how many problems they have had in that time. A lower score here is better.

Last, we take a peek at CarComplaints, just to be sure no new, high-volume failures are starting to emerge. 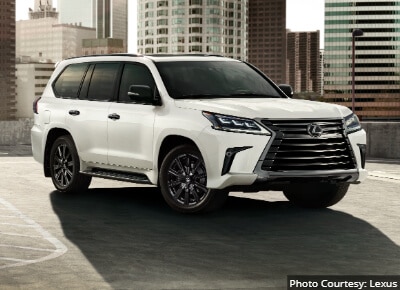 How did the Land Cruiser earn a “Recommended” stamp from Consumer Reports? Here’s a hint; It wasn’t the 10 MPG city rating.

The Lexus LX is the premium version of the Toyota Land Cruiser. While the brand sells relatively few of these vehicles, they are known by owners as indestructible.

By comparison to some of its peers, the LX isn’t exactly a trendsetter with cutting-edge technology. Perhaps that’s one reason it doesn’t break? 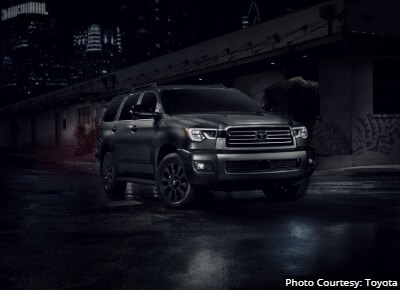 Our hands are starting to hurt from tapping out the praises of Toyota’s many reliable models.

Let’s say that the Sequoia is a version of the two vehicles above and call that good. 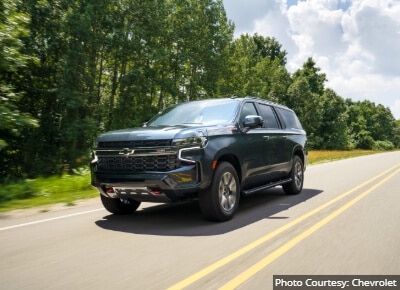 Built in the same plant from mostly the same parts, the full-size behemoths from GM all slot in nicely between the highly-reliable Toyota/Lexus family and the also-rans. The Suburban, Tahoe, and Yukon have slightly better scores than the Escalade earns, but only because Consumer Reports is guessing. There are not many Escalade owners who subscribe, so Consumer Reports just made a stab at the rating.

These beefy GM machines make up a substantial portion of the full-size SUV market. The Arlington Texas plant has been building these SUVs for decades, and GM knows how important reliability is to these high-profit machines. Look closely, and you will see that the few problems reported are minor.

You may qualify for deals and incentives, check out this month's Buick, Chevrolet, GMC, and Cadillac deals. 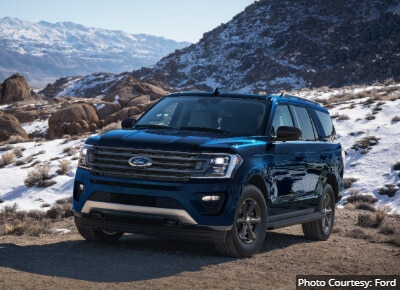 The Explorer is so good and so big, it’s hard to believe that Ford needs a bigger model. For those blue-oval fans who do want their SUV super-sized, the Expedition is the answer.

The Expedition’s Consumer Reports reliability ratings vary crazily from year to year. Some are rated just 1 (2015, 2016, 2018), and others are rated 5 (2019). With Ford’s J.D. Power score being well below the industry average, we placed Ford in fourth.

If money is not a concern and you want an Expedition with slightly better ratings, check out the Lincoln Navigator. 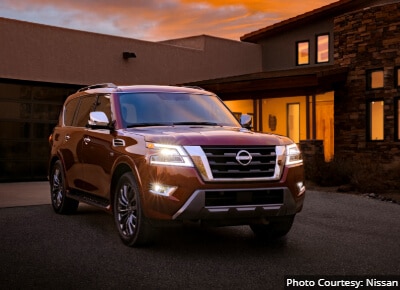 Like most brands here, Nissan and Lincoln sell two vehicles via different brands that are basically the same vehicle. We like the Nissan Armada and Infiniti QX80 most among the large SUVs available today, but we have to follow the reliability data, and that puts these vehicles last.

If you are looking for a vehicle on this list, perhaps the Ford Explorer, Hyundai Palisade, or Kia Telluride, please check out our list of the most reliable midsize SUVs. There is no firm line in the sand where midsize ends and full-size begins, and we grouped those vehicles with the midsize SUVs.

You may qualify for additional deals and incentives, check out this month's Infiniti deals here.

What Is the Most Reliable Full-Size SUV?

The top three models and brands in this segment all earn respectable scores for reliability. However, the Lexus LX rises to the top of all the data sources we check. GM’s family of three brands and four models also deserves a mention.

What is the most reliable large SUV model?

The Toyota Land Cruiser, Toyota Sequoia, and Lexus LX all top the reliability ratings from both Consumer Reports and J.D. Power among full-size SUVs.

Which large GM SUV has the best reliability?

While the Chevy Suburban and Tahoe, GMC Yukon, and Escalade are all made in the same factory from many of the same components, the Chevy Brand edges out the GMC and Cadillac models.

Which brand makes the most reliable SUVs?

Toyota and Lexus both top our lists of the most reliable midsize and full-size SUVs.