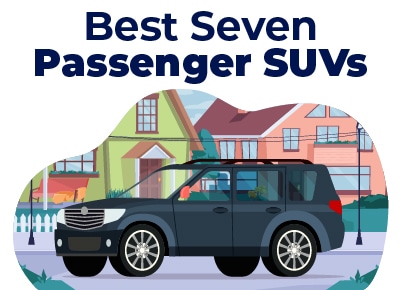 SUVs come in many shapes and sizes, so it is hard to know where one segment begins and one ends.

Among families with two or three children, the added capacity for kids in that third row offers flexibility when carpooling.

This list is of the smaller end of the scale. It’s for folks who understand that a third row of two small seats can be a huge asset with little downside.

Check out all our picks for the best suvs>> 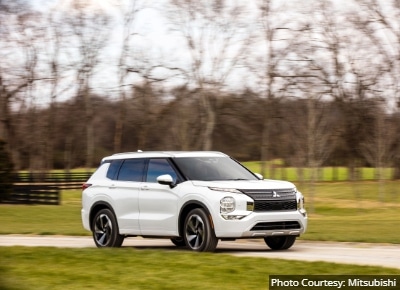 The Mitsubishi Outlander is all-new for ‘22. This larger than compact SUV has an external footprint similar to a Honda CR-V, but Mitsubishi found a way to package a third-row seat to expand the vehicle to a seven-seater. Every Outlander has three rows. This is not a super-secret trim only found on the internet, but one you can drive now at your nearest Mitsubishi dealer.

Mitsubishi’s Outlander has built a reputation as a safe SUV and is known among green vehicle shoppers for its plug-in hybrid-electric powertrain option. We’ve tested the Outlander on many occasions. This is one we are eager to try with its newly updated styling, powertrain, and features.

The Takeaway: The ‘22 Mitsubishi Outlander flies under the radar, but every model has seating for seven.

You may qualify for additional deals and incentives, check out this month's Mitsubishi deals. 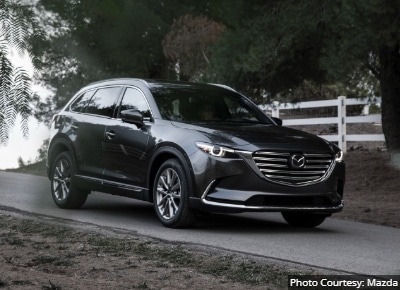 The Mazda CX-9 is not new. In fact, it will be replaced in a year or two with a new Mazda model to fill its place in the brand’s excellent SUV lineup. Not new translates into reliability in the auto business.

We’ve driven the CX-9 multiple times. Its turbocharged engine is outstanding. The CX-9 uses a real geared automatic transmission, and in combination, the powertrain makes this a very enjoyable vehicle to drive. The CX-9 is also an attractive vehicle we think may be the best-looking 7-seat SUV on the market today.

The Takeaway: Sporty, fun, great looking - That is the description of every Mazda SUV. The CX-9 just happens to have seven seats. 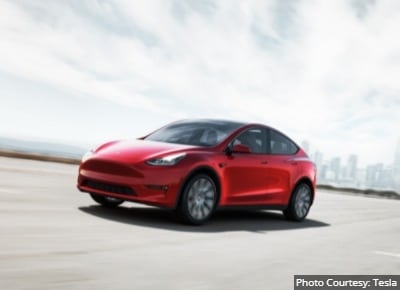 The Tesla Model Y is many things to many owners. At the high-end of its trim line, the Model Y is among the fastest SUVs sold. The base trim is arguably the most popular battery-electric SUV in America based on sales volume. Snuck into that trim line is the optional 7-seat version.

The Model Y with seven seats is not a substitute for a midsize SUV like the Kia Telluride. It was not designed to be. Rather, the pop-up seats in the back are for kids who will fight over who gets to sit back there.

The Takeaway: The Model Y is in short supply, but the seven-seater is worth the wait. 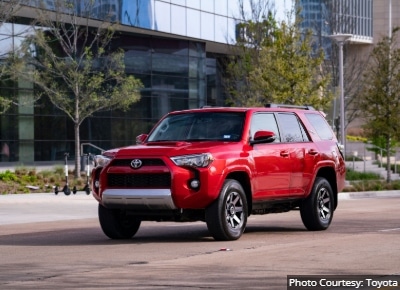 If you are looking for a serious off-road vehicle with seven seats, the Toyota 4Runner has few rivals. Although the 7-seat option is not available in all 4Runner trims, Toyota maintains some that do.

The 4Runner is a true SUV with a body-on-frame design and a transmission tunnel down the middle.

Don’t expect comfort to be a feature in this vehicle’s third row. It’s a part-time place for unusual situations.

The Takeaway: Need a seven-seat off-roader? Here it is. 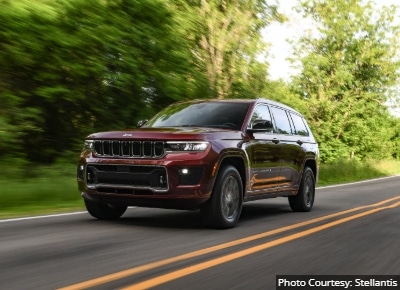 New for this past year is the addition of the L trim that expands the vehicle to three rows.

When we tested the Grand Cherokee L we found that it maintains its manageable width and it isn’t super-long.

Yes, it will fit in a normal garage (barely).

The Takeaway: If you are looking for a Grand Cherokee but also want added seats in the way back, now you can have it.

Are the rear seats in a seven-passenger SUV big enough for adults?

Not every SUV intends for adults to sit in the third-row comfortably. Rather, those seats are intended to be temporary seats for children. Large seven and eight-passenger vehicles are in abundance in today’s market. Vehicles like Mitsubishi’s Outlander maintain a manageable size and add two seats for occasional use.

Does the Toyota 4Runner come with seven seats?

Yes. Some 4Runner trims offer seven-passenger seating, and some trims do not. It is best to check carefully if you are shopping new or used to see which seating arrangement the 4Runner you have your eye on is equipped with.

Can I get a Jeep Grand Cherokee with seven seats?

Do seven-seat SUVs give up cargo space?

They may or may not depend on the model. If the cargo space is diminished, it is typically not by much.