Adventure comes in many forms, and one of the most popular is off-roading in a vehicle.

With off-roading becoming more and more popular today, we thought that looking at the best off-road SUV options on the market would be prudent.

It’s not likely that the Jeep brand dominating our list will be a surprise to anyone. Jeep has made its name in off-road to the point that the brand name is synonymous with leaving the paved path, with terms like “Jeep road” being common. 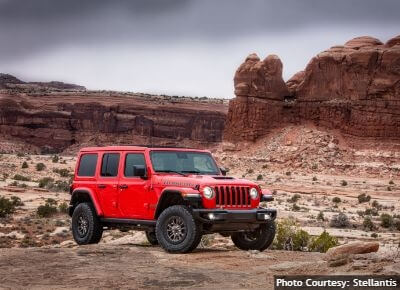 The midsize SUV, Wrangler, has long been the most popular off-road vehicle in the U.S. and does not seem to be planning on giving up that title anytime soon.

The 2021 model year has a host of options for the Wrangler, direct from the Jeep factory, that includes a progressively growing list of off-road features and gear. From the simple Sport model to the extremely capable Rubicon, the Wrangler has options for just about everyone.

The Jeep Wrangler is also the most-accessorized vehicle in production, with more aftermarket add-ons and options than any other vehicle on the road. It’s rivaled in this only by the Jeep Gladiator pickup truck. That makes it one of the most versatile off-road rigs available.

Downsides to the Wrangler include poor fuel economy, a rough road and highway ride due to its off-road mechanics, and the relatively high cost of tires on some models. 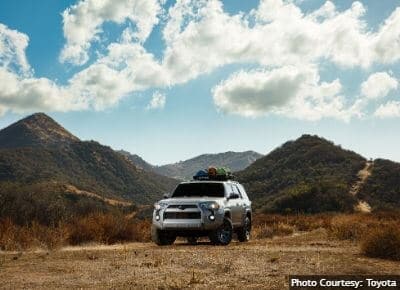 The 4Runner has been a staple full-size SUV in the Toyota lineup for years and continues to sell well. Although most 4Runner models are not sold for off-roading, in particular, all of them have some capability in that regard. Some off-road-centric trim levels, however, are extremely capable off the pavement and out in the snow.

The Toyota 4Runner comes with good ground clearance, has excellent 4-by-4 options for its drivetrain, and is built on a truck-based platform for ruggedness. Its reputation for reliability and capability is solid.

However, there are downsides, including poor fuel economy and the 4Runner’s age in this current generation. Most of the 4Runner’s technology is outdated at this point, though its mechanics are solid and well-designed. 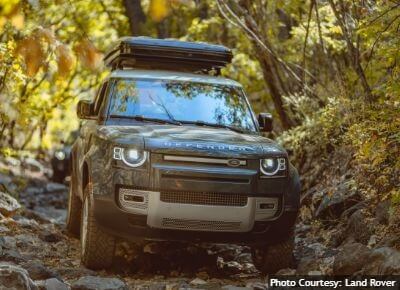 With a storied name in the arena of off-road, the Defender is to the British what the Jeep is to Americans. With plenty of ground clearance, a well-designed four-wheel drive system, the Defender is the go-to Land Rover for off-pavement hijinks. Compared to the other two sport-utilities on our list, it is also the most daily livable and roadworthy of the lot.

Since the Second World War, the Defender has been an icon and solidified its name in Africa and Australia, where it was the vehicle of choice for safari adventures.

The midsize Defender, however, is an expensive vehicle, with the more desirable off-road-centric models being very costly and lacking the refinement that the price tag might suggest. It’s also, on our list here, the most expensive to maintain and repair.

You may qualify for deals and incentives, check out this month's Land Rover deals here. 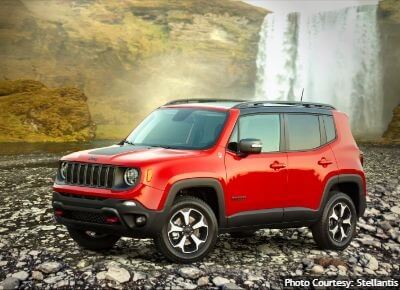 The “baby Jeep,” the Renegade, is the smallest vehicle carrying the Jeep nameplate. This vehicle is part of a new generation of Jeep compact crossover-SUV models that will carry the nameplate forward. The Renegade, despite being the lowest-cost and smallest of the Jeeps, is no less capable for that.

Several models of Renegade are available, all of which have some type of all-wheel or four-wheel drive option. The Wrangler-like styling of the Renegade is no accident and adds to the crossover’s capabilities off-road, with good visibility and high ground clearance.

There are downsides to the little Jeep, though, and they mostly center around its intended market. This is an “occasional use” off-road vehicle, not a dedicated dirt pounder. As such, it’s not a rock climber or mud bogger, but it has enough muscle and capability to do most off-road tasks.

You may qualify for deals and incentives, check out this month's Jeep deals here. 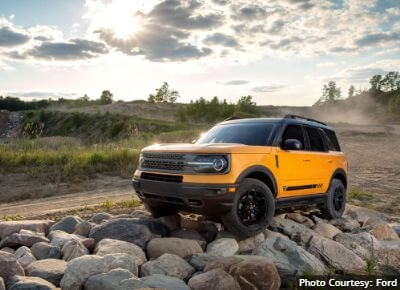 The Bronco Sport is one of two new Ford vehicles to bring back the iconic Bronco name. The Sport is the smaller, car-based (crossover), of the two. The full-size Bronco has yet to enter the marketplace and so did not make our list here. Yet, the little Bronco Sport is worthy of a spot on our list of off-road vehicles.

The downside for the Bronco Sport is all in its size and rear seat configuration. Had those items been better, it would have likely edged out the Renegade on our list as an excellent, small off-road crossover SUV.

What is the best SUV for off-roading?

Based on our research and testing, the Jeep Wrangler is the best SUV for off-roading. It’s an extremely versatile SUV, and the Jeep brand is known for its set of off-roading vehicles.

What SUV has the most aftermarket modifications available?

The Jeep Wrangler is the most-accessorized vehicle in production, with more aftermarket add-ons and options than any other vehicle on the road. It’s rivaled in this only by the Jeep Gladiator pickup truck. That makes it one of the most versatile off-road rigs available.

What is the smallest SUV for off-roading?

The Jeep Renegade is one of the smallest SUVs available that is suitable for off-roading. It still offers good visibility and high ground clearance. It’s a good choice for the occasional off-road adventure.

What is the best luxury brand SUV for off-roading?

The Land Rover Defender is one of the better luxury brand SUVs for off-roading. It does get expensive for the more desirable off-road-centric trims.

What makes a vehicle good for off-roading?

A solid set of transmission options, high-reliability ratings, high ground clearance, good visibility, strong tires, and a flexible suspension are some features to look out for in an off-roading vehicle.