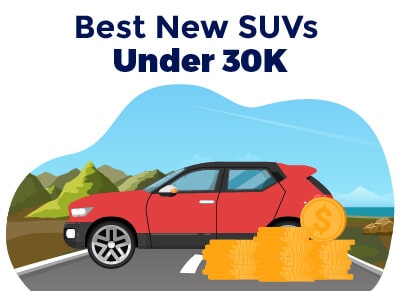 You may have heard that the average new-car transaction is now closing in on the $40,000 mark. That’s a sobering thought for a lot of us, but luckily that’s only an average - there are still plenty of excellent family vehicles available for far less money.

To prove it, we’ve rounded up some of our favorite SUVs and crossovers that have starting prices of less than $30,000. Check out our list of the best AWD options under $30K here >>

The four models highlighted here hail from different continents and attract different buyers. They are roomy, efficient, stylish, or sporty - or maybe all four. 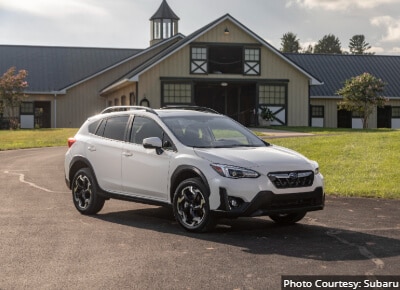 Our cheapest finalist on this list was the Subaru Crosstrek, which starts just north of $22,000. Does that price sound enticing for a small, competent SUV that comes standard with one of the industry’s better-liked all-wheel drive systems? It certainly does to us. The value is almost unbeatable. It’s what vaulted this Subaru onto our list.

Like all Subarus, the Crosstrek uses a boxer-designed engine; in this case, it’s a 2.0-liter flat four that makes 152 horsepower. That isn’t much - and the CVT it’s paired up with doesn’t make things any better - but the whole package is surprisingly refined considering the price point. If more power is your thing, an optional 182-horse 2.5-liter flat four exists for the upper two trims. Hypermilers are also covered with the available plug-in hybrid variant.

Inside, even the base Crosstrek impresses with its tasteful trim, intuitive layout, and solid build quality. The only giveaways of the loss-leader model are the small 6.5-inch infotainment system and the urethane steering wheel. Heated seats, adaptive cruise control, and automatic emergency braking are all standard, a further testament to Subaru’s emphasis on practical value.

Plug-in hybrid aside, the Crosstrek is the only crossover on this list where the top-trim model still checks in under $30,000. If a good value and a quality vehicle are your top priorities, the Crosstrek has you covered. 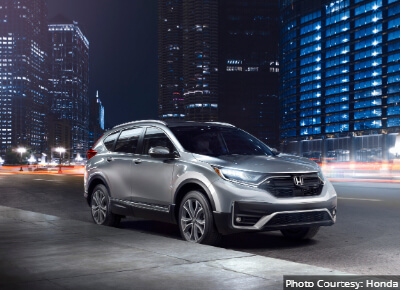 Almost a quarter-century ago, Honda wowed the world with its CR-V, which at the time was a novel idea: SUV practicality built on a comfortable and efficient sedan chassis. The idea took off, and since then Honda has been fine-tuning the CR-V into the perfect all-around utilitarian vehicle. It does so much right and so little wrong that it is hard not to recommend the CR-V as one of the best SUVs under $30,000.

We’ll start with the cabin, which shows elements of the usual Honda ingenuity. For one thing, space is abundantly generous: with all the seats folded, the CR-V boasts over 75 cubic feet of cargo space. Legroom in the rear is a full 40 inches, more than many larger SUVs. A tall roof ensures ample headroom, and big windows keep things from ever feeling claustrophobic.

The CR-V’s powertrains are pretty standard for the segment. On the most affordable end is a 2.0-liter four-cylinder, which gets usurped farther on up the trim ladder by a 1.5-liter turbocharged four. Newly available in 2021 is a hybrid model that pairs the 2.0-liter engine with an electric motor.

With a base of about $25,000, the C-RV comes out of the gate with high-quality materials and lots of active safety gear, including adaptive cruise control and automatic emergency braking. So what’s not to like? The infotainment system, for one - a mere five-inch display is standard, and the 7.0-inch touchscreen found on most trims is still lacking in both size and interface relative to the competition.

But that’s our biggest demerit. Overall, the Honda CR-V is an excellent midsize SUV that ticks all the boxes for the modern family: roomy, efficient, well-built, and easy to live with. It’s a purchase you won’t regret. 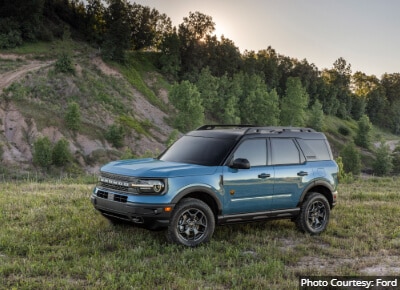 Is the Honda CR-V a bit too bland for your tastes? Well, try on the Bronco Sport for more pizzazz. The new compact SUV from Ford plays up the rugged, outdoorsy motif with its square styling and throwback vibes to the original Bronco. It rides on the platform of the Ford Escape and competes against the likes of the CR-V, but the styling sets it apart in a very good way.

Because of its ties with the Escape, the Bronco Sport’s powertrains are pretty standard: a 1.5-liter turbo-three is standard, while a 2.0-liter turbo-four is reserved for the priciest trims. The base engine makes a healthy 181 horsepower, but going for the optional four-cylinder means 245 horsepower at your disposal.

The bigger story here is the Bronco Sport’s off-road antics. While most vehicles in this segment would rather not get their rocker panels splattered in mud, the Bronco Sport is happy to do it. Besides short overhangs and decent clearance, Ford fits the available Badlands model with all-terrain tires, tow hooks, skid plates, and a couple of additional drive modes.

The Bronco Sport is also practical, thanks to a roomy interior that features generous proportions for legs, heads, and shoulders. Credit the blocky design for the expansive interior. It’s worth noting as well that the standard eight-inch touchscreen feels more in line with buyer expectations than the smaller screens used in some of the competition.

Playful, roomy, and downright cool, the Bronco Sport is one of the better crossovers you can buy for less than $30,000. 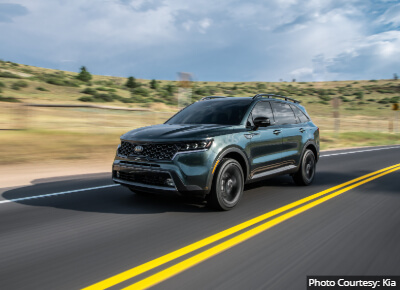 All-new for 2021, the Kia Sorento is revitalized in the vein of the Telluride, Kia’s smash-hit three-row SUV. The Sorento hopes to ride on the coattails of its big brother’s success, starting with the sharp styling and even going so far as to emulate the Telluride’s three rows. With standard seating for seven, the Sorento is one of the few midsize SUVs costing under $30,000 to offer such an arrangement.

Crawl back there and you’ll find 32 inches of legroom to work with, a figure that actually isn’t too bad among midsize three-row SUVs. There are larger, pricier crossovers that aren’t quite so roomy. The second row features 40 inches of legroom and can be optionally had with captain’s chairs for a more exclusive, luxurious atmosphere.

A standard 2.5-liter turbo-four is used on all trims, but only the pricier variants get it in turbocharged form. Those models enjoy 281 horsepower and 311 lb-ft of torque, numbers that are comparable to similar V-6-powered crossovers. Fuel efficiency, though, isn’t much better, at 21 mpg city and 28 mpg highway.

Still, if you can look past the mileage, the Sorento is a lot of crossover for the money. A healthy standard features list, a powerful engine, a roomy cabin, and even a third row are all part of the deal. This is about the cheapest way to seat more than five people, and yet nothing about the new Sorento suggests settling for less. That’s enough for a win in our book.

See all picks for the best overall SUVs » 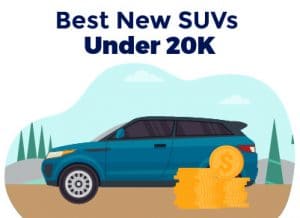 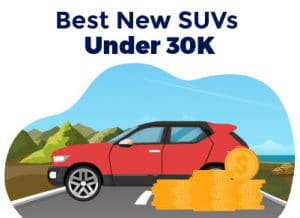 In our eyes, the Subaru Crosstrek is one of the best if you’re trying to keep the price down without sacrificing style, quality, or efficiency. But if that runabout is too small, try the three-row Sorento or spacious Honda CR-V.

What is the most efficient crossover under $30,000?

It’s not on our list, but the Ford Escape Hybrid gets up to 44 mpg in the city. It’s one of the most efficient non-electric SUVs of any size or price point - and can be had for as little as $29,000.

What is the most spacious crossover under $30,000?

The Honda CR-V or Kia Sorento. Both feature oodles of space - over 75 cubic feet, to be exact.

The Ford Bronco Sport is available for around $27,000. Besides short overhangs and decent clearance, Ford fits the available Badlands model with all-terrain tires, tow hooks, skid plates, and a couple of additional drive modes.