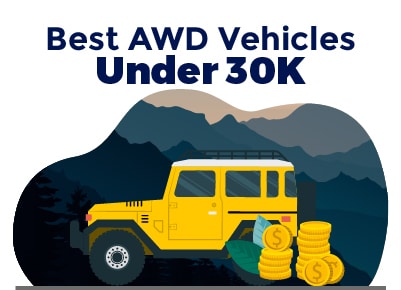 All-wheel drive vehicles are popular across America. Not only does all-wheel drive offer superior traction in winter weather, but it also provides a definite performance edge in spirited driving.

We searched for a selection of the very best AWD sedans and SUVs one can purchase today with a budget of $30K including destination and delivery fees, but of course less any dealer market adjustments.

Read about how we rank our Vehicles >>

What Types of Vehicles Have AWD Under $30K?

The Takeaway: A great $30K AWD vehicle is possible, regardless of what type of vehicle you prefer. 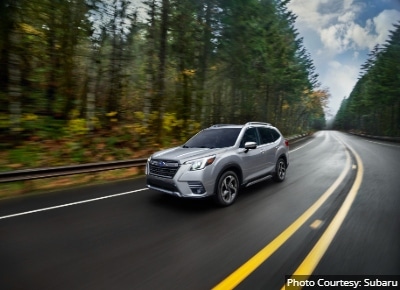 The Subaru Forester is one of America’s most popular crossover SUVs. Known in its segment for having the best all-wheel drive system on the market, the Forester is sure-footed in any weather and manages quite well on logging trails and off-road access paths that lead to trailheads and kayak launches.

The Forester is one of the larger two-row crossovers in its segment and sports a long record of safety awards. For under $30K a buyer can step up from the base Forester to the Premium and enjoy features like a panoramic sunroof.

The Takeaway: The Forester is the overall best value AWD vehicle at $30K. 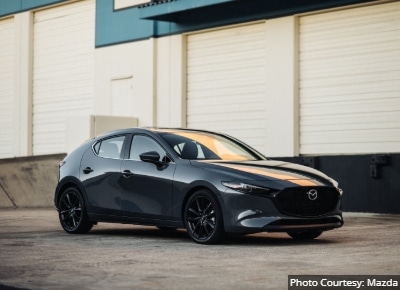 The Mazda3 is a car that feels refined and sporty when driven. For $30K you can’t get both AWD and the turbo engine, but you can get a great sedan with a lot of premium content. LED headlights, leatherette seating surfaces, power driver’s seat, heated seats, and your choice of a six-speed automatic or manual transmission are all part of the price at just $28K.

We like the Mazda3 for its styling and functionality. The hatchback body provides ample cargo volume for college move-in days, taking a mountain bike on an adventure, or packing the Mazda3 full of camping gear.

The Takeaway: With top safety scores and a solid reliability record, the Mazda3 is a very well-rounded all-wheel drive vehicle. 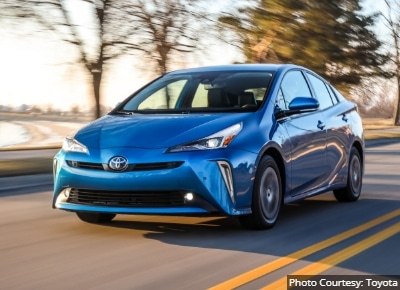 The Toyota Prius is a legend. Its cost of ownership is almost unrivaled due to its low-maintenance design and industry-leading reliability scores. Add to that a cost for fuel rivaling electric vehicles plus two years of included maintenance, and the Prius has long been the car for many who seek value.

Toyota added its proven AWD-e drivetrain to the Prius to give those in the snowbelt a vehicle that handles well in all seasons. This expands the capabilities of the already much-loved car. No other AWD vehicle can match the low total cost of ownership of the Prius.

The Takeaway: This is the Prius you know and love, but with AWD. 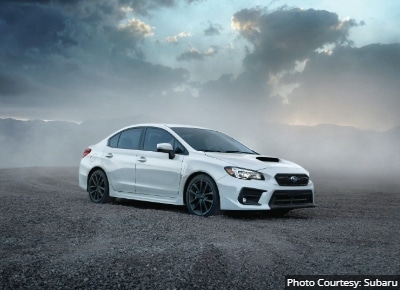 Did you see the movie Baby Driver? This is the red car from the opening scene. Yes, the asphalt-ripping, turbocharged, stick-shift-equipped road rocket so beloved by car nuts. And you can own a new one for under $30K.

Don’t expect a lot of flashy features for under $30K in a WRX. You get the basics and that’s about it. But you won’t care, because it has 268 hp and is a compact vehicle. That means it’s quick.

The Takeaway: Can you even believe you get AWD and this much performance for under $30K? 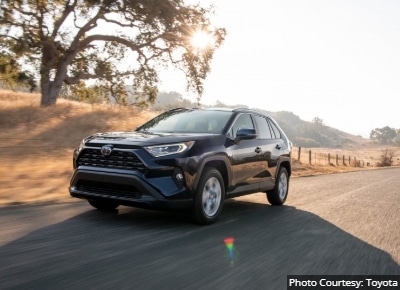 OK, so we broke our own rule and busted the $30K budget by $115. The RAV4 Hybrid is a special vehicle and deserves a spot on any list of $30K AWD vehicles. This is because it has an up-powered engine with 219 hp that also gets 40 MPG. For the record, every RAV4 Hybrid is AWD.

The RAV4 Hybrid has a low cost of ownership due to its low-maintenance design (no timing belt!), included maintenance for two years, and a very low cost for fuel. This is a vehicle that is very affordable in the years following your purchase.

The Takeaway: If your budget can handle another Benjamin, do yourself a favor and add the RAV4 Hybrid to your list of considerations.

What is the most reliable AWD car?

The most reliable AWD car, according to Consumer Reports, is the Toyota Prius. No model can match its long record of perfect reliability scores.

What AWD SUVs Cost Under $30K?

Many two-row compact SUVs start at under $30K, but add AWD and the list gets shorter. The Subaru Forester and Toyota RAV4 Hybrid are two we find to be the best at this price point.

What AWD car has the best performance for $30K?

The list of AWD performance vehicles under $30K is very short. The Subaru WRX is the easy pick.

$30K is a reasonable budget for a vehicle. We found a sedan, a hatchback, a hybrid, and a crossover SUV with good reputations for under $30K, including the Subaru Forester, Subaru WRX, Toyota Prius, and Mazda3.