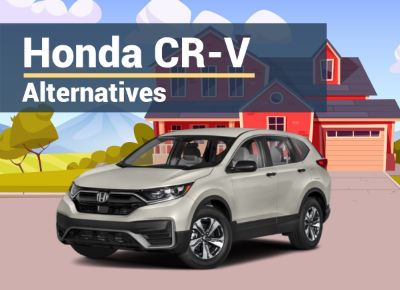 The Honda CR-V has long enjoyed the top sales position in compact crossovers. The CR-V was one of the founders of its segment and has usually been the benchmark for the market since.

Compact crossovers are noted for their small size, versatility, and accommodating interiors. And while the CR-V has remained a best seller for years, it’s also faced stiff competition from other compacts that are worth considering.

The Honda CR-V was last redesigned in 2017 and the current generation continues offering what has made this crossover popular through five generations of design. That doesn’t mean there isn’t room for improvement, however.

With the current-gen CR-V, the greatest complaints are in towing capacity and infotainment, which are both well below par for the segment. It’s also one of the higher-cost SUV options in the compact segment.

The 2023 Honda CR-V is all-new. The introduction of the sixth generation Honda CR-V comes with an overall larger size and fresh exterior styling. The interior also features improved headroom and legroom in both rows.

The 190 horsepower turbo-four cylinder powertrain has been refreshed to provide better responsible and improved fuel efficiency.

Also, the all-wheel-drive system has been redesigned to better handle off-road terrain. 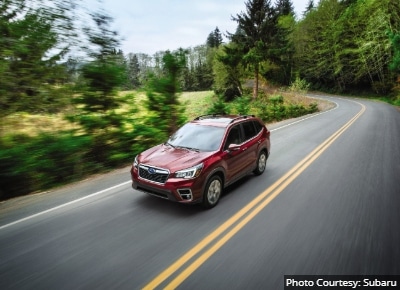 The five-passenger Subaru Forester is at the top of our list here for several reasons, not the least of which is its breadth of options. Of the crossover SUVs on our list here, the Forester is the only one that includes all-wheel drive as standard. It also sports the largest interior and highest safety rating combination on our list.

The Forester now includes a full suite of safety and driver assistance technologies and is one of the most competent off-road and all-weather crossovers you can buy. The base 2.5-liter four-cylinder engine is a complement to the Forester and rides a good balance between efficiency and confidence.

The Forester remained unchanged for 2023. That includes the availability of four trim levels, including the value-priced base and Premier trims, along with the off-road-oriented Wilderness trim and the premium-focused Touring model. 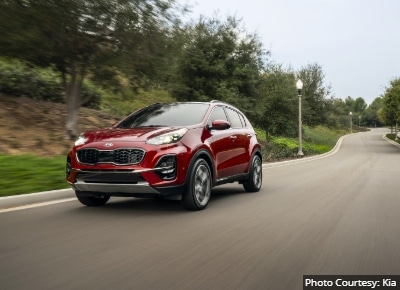 The Sportage is one of the smaller Kia options in SUVs and somewhat similar to the Hyundai Tucson it shares some components with. The Kia Sportage is an excellent value proposition with a high amount of features for the MSRP.

Compared to the others on our list, the Sportage has the smallest cargo space but the largest passenger space. It also enjoys one of the lowest costs of entry in comparison, but still comes with a host of driver assistance and advanced safety technologies as standard.

We do note that the Sportage has been on the market since 2017 and its interior is beginning to show that age, but upgrades to infotainment and other points of interest recently have kept it relevant.

For the 2023 model year, the Kia Sportage introduces hybrid and plug-in hybrid models. This allows the Sportage to be an excellent alternative to not only the Honda CR-V but hybrid offerings from other brands such as Toyota and Ford. 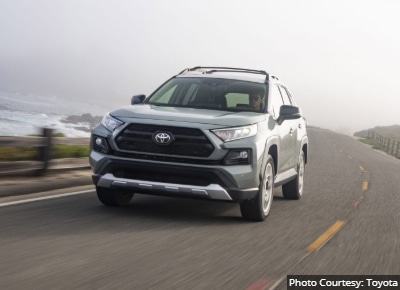 Toyota introduced the RAV4 back in the 1990s as one of the first compact crossovers, starting the segment alongside the Honda CR-V. The RAV4 is one of the newest designs on our list, having been redesigned in 2019.

While smaller than the CR-V, the Toyota RAV4 is on par in terms of safety, reliability, and price point. The RAV4 enjoys a more upscale and quieter interior by comparison and has options such as the Hybrid and Prime models for maximum fuel efficiency.

Like others on our list, the RAV4 includes a large number of driver assistance and safety technologies as standard. Yet it can tow up to 3,500 pounds, which is about 2,000 more than the CR-V.

The RAV4 receives a larger, updated infotainment system. This year, the RAV4 models get a standard 8.0-inch display on LE, XLE, XLE Premium, and Adventure trims.

The top-level Limited and TRD Off-Road models get a larger 10.5-inch display. In addition to the larger size, the infotainment system is more initiative and offers over-the-air updates as well as standard wireless Apple CarPlay and Android Auto. 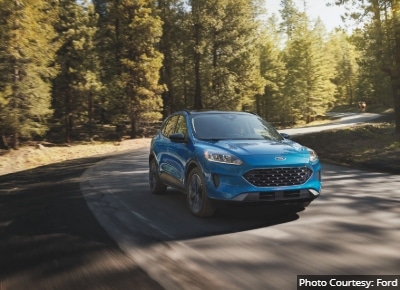 Redesigned in 2020, the Escape seats five in a large passenger area, but sacrifices cargo space to make that happen.

Of all the options on our list, the Ford Escape matches the highest tow rating at 3,500 pounds, which is well above the CR-V’s capability. The Escape Hybrid also has great fuel economy as an option against the Honda.

The Escape comes with a few advanced safety and driver assistance techs, but far fewer than most of the others on this list. That and a relatively low-reliability expectation pushed it down our list of options here.

Out of the five vehicles listed here, the Ford Escape has received the most updates for the 2023 model year.

That includes a refreshed exterior appearance with a new grille, hood, headlamp, and wheel designs. Also, the trim levels have been completely revamped for the 2023 model year. Now the 2023 Ford Escape is available in Base, Active, PLatinum, PHEV, and the sporty ST-Line.

Finally, the 2023 Ford Escape comes standard with the Sync 4 infotainment systems on all models. Fully redesigned for 2021, the new Nissan Rogue is a big step forward for the small crossover. It comes with a bevy of advanced safety and driver assistance technologies, a stronger engine, and a retuned transmission to boost its appeal.

It’s also achieved top safety ratings with the IIHS, but not with the NHTSA. Reliability is based on the previous generation of the Rogue, which was plagued with problems, some of which may be fixed with this new-gen Nissan.

The Rogue doesn’t have the towing capacity of some others on this list, but it sports an interior that is on par and maybe a little better than the CR-V’s.

New for the 2023 mode year is the introduction of the Midnight Edition package on the SV trim for 2023. This appearance package adds black trim, black badging, and black wheels to the Rogue's exterior. On the interior, the vehicle is designed with black faux-leather upholstery.

The top-level Platinum model comes standard with Amazon's Alexa voice assistant feature as standard. Amazon Alexa is offered on the SL trim as part of the SL Premium package.

Which of the SUVs on this list has the most cargo space?

The Honda CR-V has the largest cargo space on our list here, but the Subaru Forester and Nissan Rogue are very close seconds.

Is the CR-V bigger than the new Nissan Rogue?

The CR-V is about an inch longer than the new Rogue, but the Nissan is an inch wider. Both are the same height.

Are there other competitors to the CR-V?

The small crossover segment is very hot and one of the fastest-growing in automotive. Because of that, there is no shortage of competition. The Hyundai Tucson, Chevrolet Equinox, Jeep Cherokee, and Mitsubishi Outlander Sport are a few that didn’t make our list.

Which models in the CR-V’s segment offer a hybrid or electric model?

The Honda CR-V has a hybrid variant. Competing with that are the RAV4 Hybrid and RAV4 Prime plug-in hybrid models, and the Ford Escape Hybrid.