3 Vehicle Segments That Electric Cars Still Have to Crack 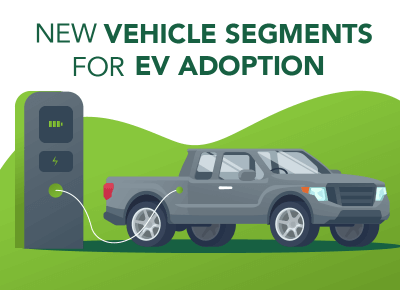 Steve Birkett is an electric vehicle advocate based in Greater Boston, Massachusetts. He is a content creator and marketing professional who contributes written and recorded pieces to a wide range of media outlets. His analysis has been featured in Find The Best Car Price, WWLP TV, and Torque News, among others. He has also had video content featured on Inside EVs. Birkett was an EV Guide for Plug in America events in Massachusetts (Drive Electric Cambridge and Drive Electric Lowell) and Ohio (Earth Day 2019 at Cleveland Zoo). He participates in quarterly advisory panel meetings for EVolve New York (a state-level charging initiative) and has contributed to focus groups for prominent U.S. charging networks.

Birkett is a father-of-two who loves nothing more than packing up the family and hitting the road in their latest electric car, which is currently a 2022 Hyundai IONIQ 5. With multiple Chevy Bolts in his past, as well as a Chevy Volt and Tesla Model 3 LR in the extended family, plus various EV rentals when he ventures back home to his native United Kingdom, Birkett has more than 100,000 all-electric miles under his belt and is always ready to try out a new electric vehicle.

Awareness and adoption of electric vehicles are growing. As we enter 2021, Tesla is turning the heads of everyday car buyers, founder Elon Musk is now the richest man in the world, and everyone from established automakers to ambitious EV startups appears ready to launch models that go toe-to-toe with the industry leader.

However, there are still several key vehicle segments in the US that remain completely unelectrified. Continued EV adoption hinges on expanding model offerings and increasing sales in these important categories. This article focuses on three critical vehicle segments that electric cars have yet to crack.

3 Categories Yet to Accelerate EV Adoption

To effectively catalyze the market for electric vehicles, compelling and capable models are needed across all popular vehicle segments. 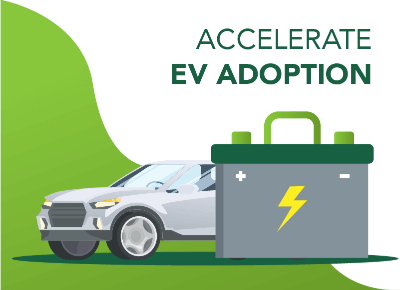 Some, like the market for premium vehicles and mid-priced sedans, are already quite well served. Unfortunately, many of the most popular vehicle categories in North America are still poorly served by all-electric models.

Let’s take a closer look at each of these to understand why they’re so important and what has been holding them back from full electrification.

While the hype and headlines have grabbed plenty of attention in recent years, the number of mass-produced all-electric trucks riding on US roads remains a big fat zero. With trucks providing a bright spot in an otherwise declining car-buying market in 2021, and light trucks being the top-selling models, this is clearly an area where EV makers are leaving a lot of money on the table. 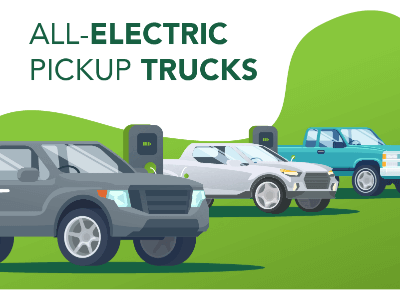 After several years of speculation, artistic renders, and vague promises from OEMs, truck electrification should finally get some real-world momentum going in 2021.

First, the fact that Tesla is getting involved bodes well for this part of the market. Although the Cybertruck has unorthodox looks and received its fair share of ridicule when launched in November 2019, the specs are impressive and nothing Tesla does in the EV space can be overlooked. The price is also in the right place, with the entry-level model slated to arrive at just under $40,000 and the company’s Supercharger network providing a reliable way to get back on the road quickly. However, it’s unlikely we’ll see many Cybertrucks on the road in 2021, as Tesla focuses on global expansion and delivering a more affordable Model Y this year.

Another electric-only startup is where we turn for EV truck excitement over the next twelve months, as Rivian launches its R1T model. Billed as an “adventure vehicle” and boasting up to 400 miles of range, the $70,000+ R1T will cater to the luxury end of the market, rather than the workforce. For the latter, we turn to the Lordstown Endurance, an electric pickup built in Ohio and designed primarily for fleets. With around 250 miles of range and more conventional looks, the Endurance comes in closer to $50,000 and already has more than 100,000 pre-orders from various commercial clients. 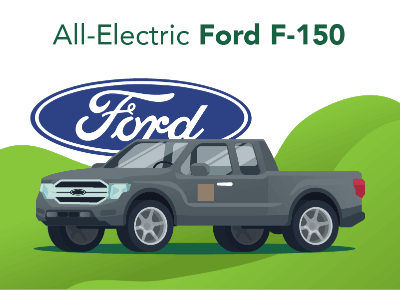 Elsewhere, both Ford and General Motors have made it clear that introducing electric versions of their most popular truck models is on the product roadmap. An all-electric F150 is frequently cited as the most talked-about EV model outside of Tesla, while GM has already teased what’s possible with the (very expensive) GMC Hummer EV and has more affordable trucks set to be unveiled on its new Ultium battery platform this year.

With late summer arrivals and the potential for production delays, the most likely scenario is that 2022 is the real tipping point for truck electrification. Thankfully, with so many players vying for position and leading truck makers Ford and GM in the hunt, we should see rapid progress once that ball starts rolling. 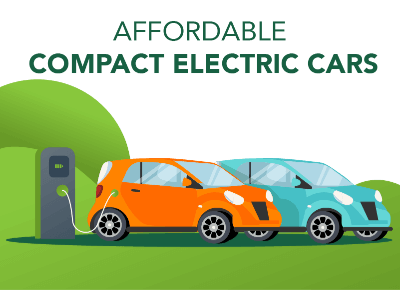 Unlike trucks and other large form factor vehicles, compact cars seem like an ideal candidate for electrification. Lighter and more suited to local or regional use, the compact segment should be an opportunity to create highly efficient electric cars that don’t suffer from the same purchase concerns over range and charging as other categories.

So why have affordable compact cars lagged in other segments like sedans and crossovers in terms of going electric? The key term here is “affordable”.

Battery costs have come down significantly over the last decade, but not enough to turn a profit on new battery electric vehicles in the $20,000-25,000 price region. The sticker price on models like the second-generation Nissan Leaf begin around the $30,000 level and quickly escalate for longer range models like the Chevrolet Bolt EV, which often deters buyers, even those with electric car incentives available. According to its ambitious founder, even Tesla, which leads in the efficiency stakes and has eyes on most of these segments, won’t be able to deliver a $25,000 EV profitably until 2024.

The good news is that MSRP doesn’t tell the whole story in this segment. Take the aforementioned Chevy Bolt, for example, which retails for $36,500 at the time of writing. Many buyers report scoring this reliable EV for much closer to the $25,000 price point with several attractive options, thanks to a combination of manufacturer discounts and dealer incentives. Similarly, the Nissan Leaf and BMW i3 frequently top our list of best electric car lease deals, sidestepping the high upfront cost and allowing car buyers to drive electric without committing to vehicle specs that could be outdated in a few years. 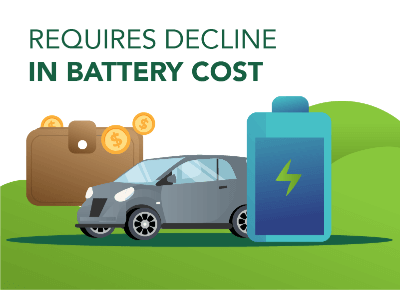 Beyond that, new models like the MINI Cooper SE show the kind of quality that can be obtained in a premium compact electric car if a buyer can sacrifice battery size. This model’s 28.9 kWh battery pack is more than half the size of cars like the Bolt and Leaf, but its 110-mile rated EPA range should be enough for a second vehicle or daily driver for commuters who can charge at home overnight or at work during the day.

Overall, this segment requires a continued decline in battery costs and entry into the market by a reliable budget brand. Of those brands already in the game, Chevrolet and Hyundai could both reposition their entry-level models to a more budget-friendly price point over the next twelve months. Alternatively, we could finally see a major name like Toyota deliver an all-electric version of a model its buyers already trust. Until then, it’s the used market where car buyers on a tight budget will find a smaller EV at an excellent price. 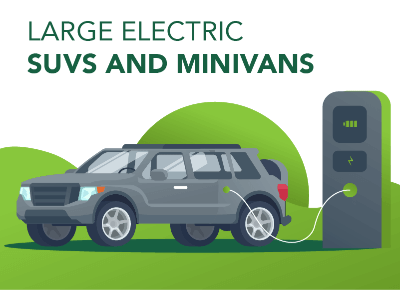 Not unlike the pickup segment, full-size SUVs and minivans suffer from a dearth of all-electric options due to their size and weight. It’s tough to deliver a truly aerodynamic shape in this form factor, while the ability to add a large battery across the base also experiences declining returns due to the increased weight and cost of the pack.

Nonetheless, there are options on the market to show that large people movers can make the jump to all-electric as well. The Tesla Model X carries up to seven adults, drives up to 371 miles on a charge, and it preceded the smaller, crossover-styled Model Y by five years. So a blueprint exists for large SUVs, even though a sticker price of around $80,000 means the Model X serves only the premium end of the market. 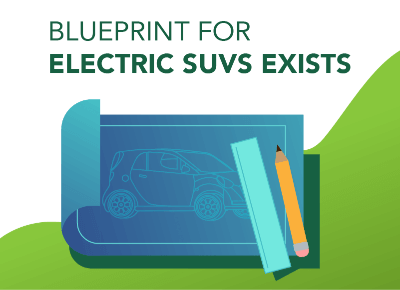 It’s a market that others are starting to circle, as newcomer Rivian prepares to deliver its R1S model, capable of 300+ miles per charge and seating seven, while spy shots of Volkwagen’s larger version of the electric crossover ID.4 hinting at a 2022 launch. GM has also unveiled the Cadillac Lyriq SUV, although this is only rumored to bring prices down to the $60,000 mark.

On the minivan side, only the Chrysler Pacifica Hybrid offers the ability to plug-in. While it’s a compelling option to run locally on electric, more electrified models to cross-shop would help stoke EV adoption. All eyes again on Honda and Toyota to fill that gap, as manufacturers of popular models in this segment have also shown an interest in electrification.

So there you have it: four vehicle types across three key segments that drive the US auto market. If the adoption of electric vehicles is going to achieve the scale that many industry analysts now believe possible, it will be exciting and capable models in these categories that make it happen.

Why should we switch to electric cars?

How far can electric cars go on a single charge?

The range of an electric car is dependent on the size of the battery pack that propels it. As battery costs come down, larger packs and increased range become a reality. According to the (IEA), the average pack size increased from 37 kWh in 2018 to 44 kWh in 2019, with many new models starting to push the 100 kWh mark. That’s enough to ensure that most entry-level models can achieve 200 miles per charge, depending on efficiency, while some higher-end vehicles offer 300-400 miles on a single charge.

How fast do electric cars charge?

There are various options for levels of EV charging, which broadly fit into one of three categories: level 1, level 2, and DC fast charging. Level 1 charge equipment can plug into a regular household outlet and can take 24-48 hours to fully charge, depending on the size of the battery pack. Level 2 is closer to a home dryer outlet and can usually charge most electric cars overnight, in 8-12 hours. DC fast charging stations are almost exclusively commercial installations that bring a battery to 80% in 30-40 minutes.