Best Electric Trucks: Most Promising Models on the Horizon 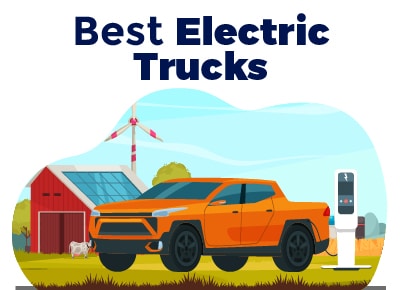 Until recently, electric pickup trucks were more of a dream than a reality. While the best electric trucks promised unthinkable power and futuristic specs, most of them firmly occupied the concept category much more than the production-ready vehicles that the EV world is crying out for.

The question of what is the best electric truck to buy will soon be one that real-world buyers are asking.

It’s one we’ll try to answer, even at this early stage, as we look at the most promising electric trucks we expect to see over the next couple of years.

A Note on Electric Truck Availability

Before we start, it’s important to emphasize that some of the models mentioned here remain in the pre-production stage…heck, some haven’t even been officially unveiled at the time of writing!

With the caveats above in mind, we recommend considering the following models as the best electric trucks coming to the North American market in the near future:

For more on truck beds, take a look at our guide to truck cab and bed sizes.

Let’s take a closer look at each of these models to see which is most likely to take the title of best electric pickup truck. 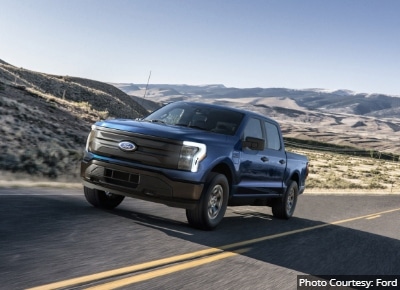 When it comes to the best pickup trucks, many buyers don’t need to look much further than the Ford F-Series. As the top-selling vehicle line in the United States for four decades, it represents arguably the most important market in which electric vehicles need to make progress.

What better way to show you’re serious about electrification, in that case, than to create an all-electric version of the most popular vehicle in that series?

Unveiling the Ford F-150 Lightning is already a massive win for Ford, even before an electric truck has rolled off a dealer’s lot.

First, there’s the price. An entry-level model aimed at commercial users slides in just below $40,000, while more well-equipped consumer models line up favorably with other non-electric trucks at $53,000. With the federal tax credit still very much in play for Ford, the price of a brand new Ford F-150 Lightning lies somewhere between $43-45,000. From there, form and function come into play. The F150 Lightning has a few unique styling cues but it is immediately recognizable as part of the F-Series. No unconventional chassis, no curious headlights, or curtailed bed; this is a functional truck in a familiar package that just happens to have an electric drivetrain.

That being said, with the vast space of the F-150 Lightning’s “Mega Power Frunk”, its ability to provide backup power to a home, and performance that leads its combustion siblings in many categories, Ford shows that electrifying the F-Series could be the company’s smartest move in many years. 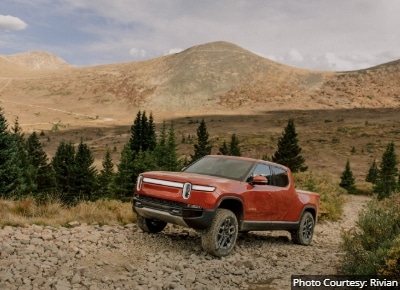 Being the first electric truck to market in the current generation of EVs comes with a certain amount of plaudits. Even so, with limited production of the R1T anticipated for at least the first 18 months and leading US automakers ready to electrify their most popular marques, it won't be long before Rivian has significant competition.

That being said, the Rivian R1T is a strong first offering from a company with lots of funding but no track record in the automotive sector. Early tests prove that the company's adventure branding is more than just talk, with a successful journey across the Trans-America Trail providing a strong start to the model's credentials.

With a 300+ mile range and a dedicated fast charging network expected to roll out quickly over the next couple of years, the Rivian R1T sets the bar for the electric trucks expected to challenge it in 2022. 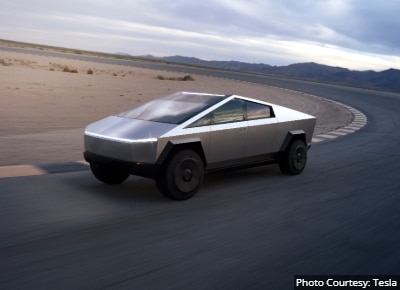 One of the first electric trucks to be revealed with specs and pricing could actually be one of the last to market, as the Tesla Cybertruck has been delayed to late 2022. Unveiled in November 2019 to equal parts delight and derision, the Cybertruck is a polarizing vehicle with a lot going for it.

First, there's the compelling prospect of Tesla's highly efficient and often industry-leading battery electric drivetrain technology, fused to the functionality of a truck. Sub 3-second 0-60 mph times might not be the first thing that potential truck owners look for, but the estimated 500+ mile range and 14,000+ lbs towing capacity of the upper trim Cybertrucks certainly are. Combined, they form an impressive package if Tesla can deliver its top specs.

Secondly - and at the other end of the spec sheet - there's the potential starting price below $40,000. As with the Ford F-150 Lightning, delivering a functional electric truck at this price point would drag electric vehicles that much closer to the mainstream. Again, Tesla's track record in delivering its lower price point models is checkered, but getting anywhere close to this level while delivering the intended specs would be a game-changer for electric trucks. 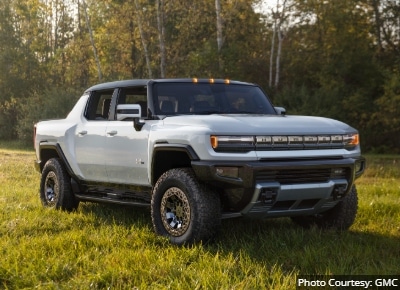 The Hummer EV is something of an outlier here, as the brand’s most recognizable form is the gas-guzzling SUV that laughed in the face of fuel conservation and emissions standards around the turn of the century. Fast forward 20 years and a high-end electric SUV is in the mix, but GM is leading with the pickup version and calling this the world’s first “all-electric supertruck,” which isn’t unreasonable when we consider the specs.

In whatever form you find it, the GMC Hummer EV will be an expensive electric vehicle. With the versions due in the first production run (late 2022) starting in the six-figure region, it’s not until 2024 that the MSRP reaches anything approaching other electric trucks on this list. The Hummer EV2 base model targets a $79,995 starting price but the market will be much more crowded by then. If you’re in the market for a high-end electric truck soon, expect to shell out $100,000 or more for the privilege of driving a Hummer EV.

With that eye-watering price tag comes an impressive set of specs. Whether it’s the 3 seconds 0-60 mph time of WTF mode or the mind-boggling 11,500 lb. ft of torque that GM claims, this is a truck to go head-to-head with a Taycan, not a Tacoma. A seemingly endless array of off-road features make this a direct competitor with the Rivian R1T in its more adventurous trims, though the latter has a small head start over the Hummer EV. 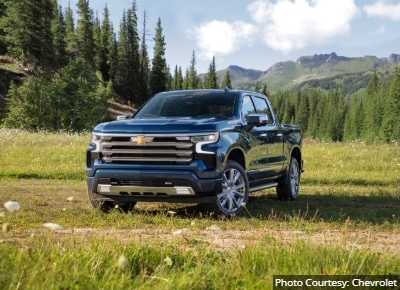 Almost as highly-anticipated as Ford's electrification of the F150 line, GM's confirmation that the Chevrolet Silverado EV will finally be unveiled at CES 2022 sets the scene for the best electric trucks to go head-to-head in the very near future.

As the second best-selling pickup truck in the United States, the Silverado brand promises to bring electric vehicles to a whole new audience. Like the Ford F150 Lightning, it is expected to deliver 300+ miles of range, impressive power, and an accessible price tag that should prove attractive to fleet managers and small business owners alike.

Unfortunately, little is known about the actual specs of the Silverado EV, so most of what we know is either rumor or educated guesswork based on what we know about GM's Ultium battery platform, on which the electric Silverado will be built. Only four-wheel steering and a full glass roof for the model have been confirmed so far.

For that reason, we'll forego the pros and cons for this model and stick to saying that if you're a fan of the Silverado line, expect GM to deliver a version of its popular truck that is quicker, more spacious than - and with improved functionality over - its combustion siblings.

While the best electric trucks are almost certainly yet to come, it’s fair to say that the first all-electric pickups to hit the market will be a landmark moment for EV adoption in North America.

One of the region’s favorite vehicle formats going electric marks another step on the road to cleaner personal transportation and we look forward to seeing how these early entrants deliver on the promises of their manufacturers!

When will the Ford-150 Lightning be available to purchase?

With the federal tax credit still very much in play for Ford, the price of a brand new Ford F-150 Lightning lies somewhere between $43-45,000. The 2022 Ford Lightning is scheduled for Spring 2022.

What was the first available electric truck available to customers?

With limited production of the R1T anticipated for at least the first 18 months and leading US automakers ready to electrify their most popular marques, it won't be long before Rivian has significant competition.

One of the first electric trucks to be revealed with specs and pricing could actually be one of the last to market, as the Tesla Cybertruck has been delayed to late 2022.

How much is the GMC Hummer EV truck?

In whatever form you find it, the GMC Hummer EV will be an expensive electric vehicle. With the versions due in the first production run (late 2022) starting in the six-figure region.

Are there electric versions of the Chevrolet Silverado?

Almost as highly-anticipated as Ford's electrification of the F150 line, GM's confirmation that the Chevrolet Silverado EV will finally be unveiled at CES 2022 sets the scene for the best electric trucks to go head-to-head in the very near future.