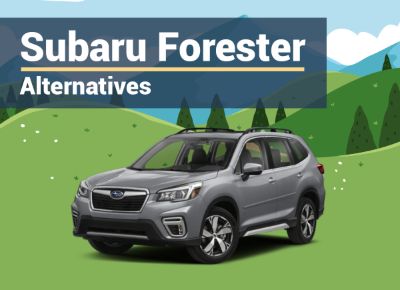 The Forester offers best-in-class visibility, and every crossover Subaru makes has all-wheel drive, but the Forester offers more. Its dual-X-mode off-road settings can help a driver overcome obstacles that other brands’ crossovers cannot. Add in top safety scores and outstanding fuel economy, and it is easy to see why so many crossover shoppers opt for the Forester.

Here is our list of alternatives to the venerable Subaru Forester.

The Takeaway: The Forester is the very best at certain things like off-road and all-weather capability in this class, and its visibility is unmatched. However, it has a history of some concerning powertrain issues. 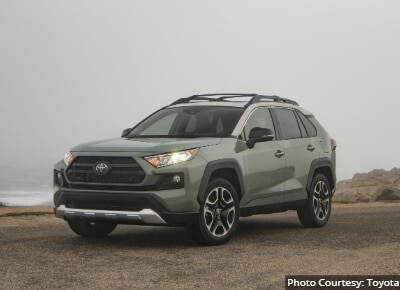 The Toyota RAV4 is a perennial best-seller in the Forester's class and often the top-selling non-truck in America for any given month. The RAV4 comes in many flavors, but not all of them are true competitors to the Forester regarding off-road and all-weather capabilities. The Adventure trim of the RAV4 certainly is.

The RAV4 Adventure and TRD Off-Road trims offer added ground clearance, multi-mode AWD, and many other off-road-oriented features to match what pretty much every Forester trim has in terms of capabilities. This pair of RAV4s is the most direct competitor to the Forester.

The Takeway: Those looking for a RAV4 that can match the Subaru Forester’s impressive all-road and all-weather capability will find it in the Adventure and TRD Off-Road trims. 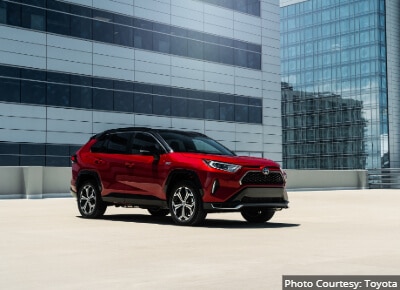 Two things that Subaru does not offer a Forester shopper are an up-powered trim or electrified trim. Toyota’s RAV4 prime offers both to a compact crossover shopper. With a whopping 302 hp and a 94 MPGe rating, the RAV4 Prime simply blows the Forester out of the water regarding performance and efficiency.

The RAV4 Prime can operate on electricity only for up to 42 miles and has a 38 MPG rating when operating as a hybrid. Every trim has AWD, and the RAV4 Prime can also tow. The RAV4 prime is among the fastest-selling vehicles in America, and we have seen dealer markups of $30,000! This vehicle is the pinnacle of its class, but it doesn’t come cheap.

The Takeaway: If you want a more powerful and also more efficient crossover than what Subaru’s Forester offers, the Toyota RAV4 Prime is the best solution. 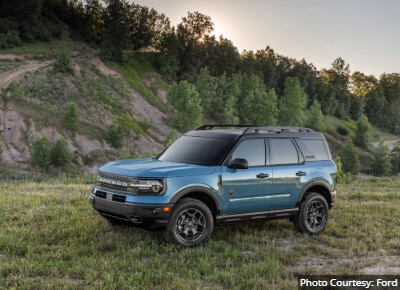 As good as the RAV4 Aventure is, it does not come with an up-powered engine. Ford’s new Bronco Sport Badlands Edition is a new compact crossover that doesn’t make its buyer choose between off-road capability and power.

The Bronco Sport offers extreme off-road ability via a multi-mode off-road system it dubs GOAT mode (goes over any terrain), a locking rear differential, added ground clearance, and all-terrain, snow-rated tires. Couple that with a 2.0-liter turbocharged engine with a geared transmission, and you have an off-roader that directly challenges the Forester by exploiting its powertrain weaknesses.

The Takeaway: Ford looked at the Subaru Forester’s off-road and all-weather capabilities and decided to up the ante. 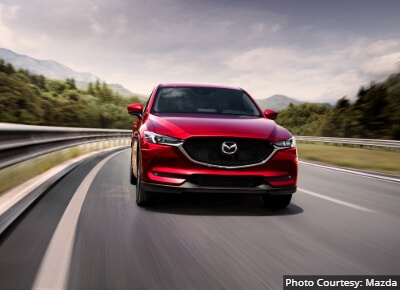 The CX-5 can come with a torquey 2.5-liter turbocharged engine mated to a geared transmission. The CX-5 does not have class-leading ground clearance, and that helps it turn better. The CX-5 is great in winter weather but not the model you’d opt for if you fish or hunt every weekend.

The Takeaway: The Mazda CX-5 is a classy premium crossover that excels at spirited on-road driving. 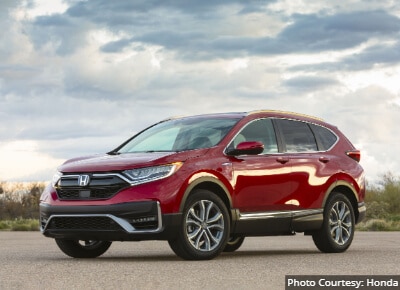 Size matters in compact vehicles, and the CR-V offers one of the largest interiors and cargo volumes in this segment. While not an off-roader like the Forester, the CR-V is fine for occasional journeys across a muddy field to park at a fall soccer game.

The CR-V is a typical Honda. It uses a small turbocharged engine with a good combination of power and efficiency or a 2.0-liter non-turbo engine in its hybrid trim. The CR-V is fun to drive, efficient, affordable, and a heck of a bang for the buck.

The Takeaway: The CR-V is the crossover for those who want the most space possible and a Honda ownership experience.

What models compete with the Subaru Forester?

The Toyota RAV4, Ford Bronco Sport, Mazda CX-5, and Honda CR-V are all top competitors to the Subaru Forester. Each attacks a specific weakness in the Forester’s design, or in the case of the Bronco Sport, challenges the Forester in almost every aspect.

What is the most reliable alternative to the Subaru Forester?

The Subaru Forester scores well on Consumer Reports’ reliability ratings. However, it is not perfect. One crossover that does have perfect reliability scores for the past five years is the Mazda CX-5. Those looking for the best reliability in the segment will find it in the CX-5.

Is the Bronco Sport Badlands better than the Subaru Forester for off-roading?

The Subaru Forester is a legend when the pavement ends. Short of a Jeep Wrangler, there wasn’t much that beat the Forester in the forest. That is until Ford introduced the Bronco Sport Badlands. The Badlands adds a locking rear differential and snow-rated tires to its list of available features. Two things you won’t find on any Forester.

Which has a larger cargo volume, the Subaru Forester or the Honda CR-V?

The Subaru Forester offers one of the largest cargo volumes in its class of 69 cubic feet. However, the Honda CR-V offers up to 74 cubic feet of total cargo volume.