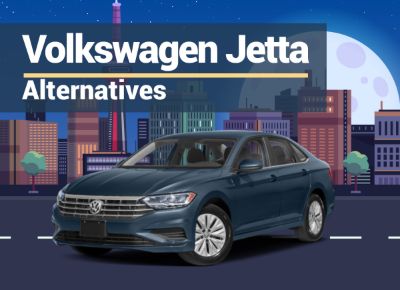 Over seven generations, Volkswagen has sold 18 million Jettas. Nobody sells that many cars by making ones people don’t find rewarding.

We’ve driven Jetta base model sedans that were among the most satisfying to drive of any small car we’ve tested. VW is unmatched in its ability to create an affordable car that feels like it was stolen off a pricier assembly line.

Here is our list of alternatives to the Volkswagen Jetta.

The Takeaway: Shoppers considering a Volkswagen Jetta have many alternatives with higher ratings. 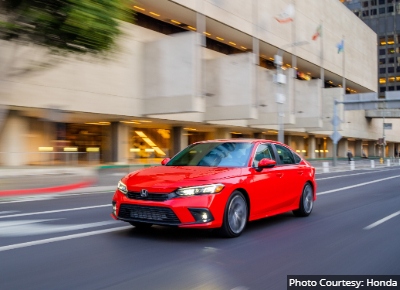 Those shoppers looking for a bit more space, a bit higher performance, and a higher safety rating than the Volkswagen Jetta should start with the Honda Civic line. The Civic is a smidge pricier than the Jetta on paper, but who knows what deals are available in this crazy 2021 market?

The Civic is just 10% higher in cost than the Jetta, but feels as if it is in a larger vehicle segment. The Civic Hatchback is all-new for 2022, and like the Jetta, can be equipped with either a manual transmission or an automatic. The Hatchback trim offers substantially more cargo room options when its second row of seats is dropped.

There was a time when Jetta shoppers looked to VW for a budget sporty sedan. If those shoppers still exist, they will find the Civic line has multiple options.

The Takeway: Those who want to stretch the budget just a bit will find that the Honda Civic is an alternative to the Volkswagen Jetta that offers a bit more of everything. 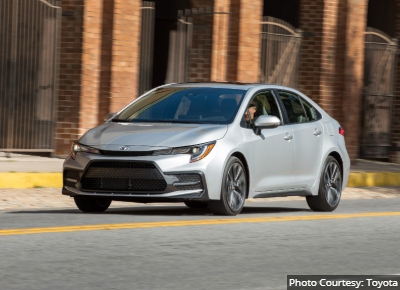 The Toyota Corolla outsells all of Volkswagen’s cars in America by more than two to one. Not just the Jetta, but the Jetta, Passat, Golf, GTI, Golf R, and Arteon combined. Clearly, many consumers find the Corolla to be a vehicle that makes sense for them.

Based on our testing, the new Corolla is not more satisfying to drive than the Jetta. Nor is the Corolla larger. In fact, it is a bit smaller inside and in the cargo area. So in what ways is the Corolla a viable alternative to the Jetta? Reliability, value, and safety.

According to Consumer Reports ratings, the Toyota Corolla isn’t just more reliable than the Jetta. It is the most reliable small sedan period. The Corolla earns a perfect five for five in all but one of the past eleven years of CR ratings. Couple that with a Top Safety Pick score from IIHS, and you have what amounts to the best ratings in two of the most important small car shopping criteria. The Corolla also throws in two years of included maintenance and comes in a trim that earns a 50 MPG rating.

The Takeaway: Value, reliability, and safety are why Toyota sells Corollas by the bushel. 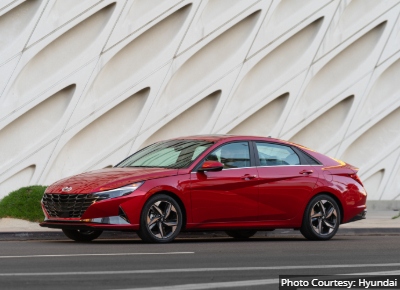 Of all the available alternatives, the Hyundai Elantra matches up most closely to the Jetta on MSRP, size, and mission. However, the Elantra comes with three years of included maintenance and the industry’s longest warranty. Furthermore, based on our testing, the Elantra has best-in-class infotainment, including wireless Android Auto and Apple CarPlay.

The Hyundai Elantra also adds a Top Safety Pick award and better Consumer Reports Reliability ratings than what the Jetta offers. Objectively, the Elantra is a hands-down winner.

However, it is in the subjective testing we did that we found the Elantra to be the best vehicle in this segment. The Elantra feels solid, refined, and mature. The Jetta does too, but the way that Hyundai caught up to the solid German chassis feel was a surprise for us.

The Takeaway: The Hyundai Elantra is the Jetta’s closest peer in the segment, and beats the Jetta both objectively and subjectively based on our analysis. 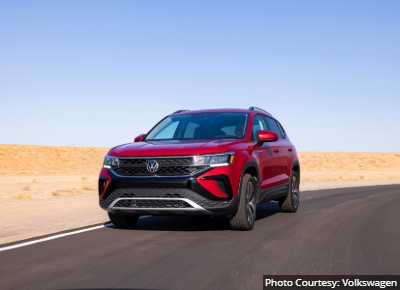 Volkswagen makes vehicles with a strong personality earning the brand many loyal owners. However, no matter how good the Jetta sedan is, it will never be a crossover. Volkswagen knows this and created the new Taos crossover for those VW shoppers who might have chosen a small sedan like the Jetta in past decades but who now recognize the benefits of a crossover.

The first benefit is cargo volume. With its rear seats down, the Taos offers four times the cargo volume that the Jetta does. The taller roofline also adds more passenger volume in a vehicle with a similar footprint.

Like nearly all crossovers, the Taos is offered in all-wheel drive. This adds a measure of all-road and all-weather capability that the Jetta can not achieve.

The Takeaway: Crossovers are taking over sedan sales. Those looking for a crossover Jetta should consider the new VW Taos.

You may qualify for additional deals and incentives, check out this month's Volkswagen deals.

What car is similar to a Volkswagen Jetta?

Is the VW Jetta being discontinued?

There is no information on the Volkswagen US media page about a 2022 Jetta, despite many of its models having pricing and specifications for the 2022 model year already shown.

Do VW Jettas have a lot of problems?

The VW Jetta has been scored the lowest possible grade, ⅕, by Consumer Reports each year since 2018. This rating is based on surveys of Jetta owners.

Which car has the best reliability rating in the Volkswagen Jetta’s class?

The Toyota Corolla is the flip side of the Jetta. It has earned a perfect 5/5 from Consumer Reports for ten of the past eleven model years.