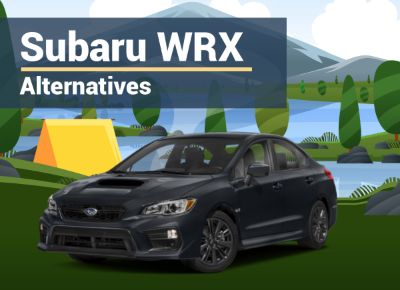 The Subaru WRX revolutionized the enthusiast market when it dropped in the United States. Suddenly, young people earning moderate wages had a quick, all-wheel-drive sports sedan that they could not just aspire to but own.

The WRX introduced Subaru to new buyers just as its other models like the Outback did. Every brand wants an introductory model that brings in enthusiasts, and now Subaru has one.

The Takeaway: The WRX created its segment but has many worthy competitors.

*Integra is a 2022 model not yet released. Our specs are estimated. 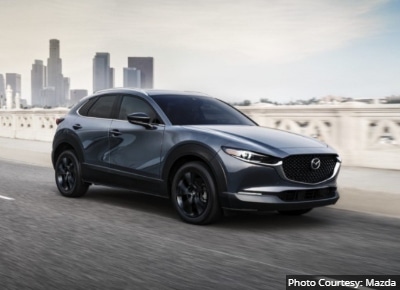 Only considering a stick shift transmission? Then, move on to our next selection. However, if you are considering a paddle-shifted automatic and want real gears instead of a slippy-belt CVT, the Mazda3 is the best place to start.

The Mazda3 comes as either a sedan or a hatchback and closely replicates the WRX theme. It offers a larger turbocharged engine than the WRX, and it has 320 ft-lbs of torque compared to the WRX’s 258 lb-ft. This torque is managed brilliantly by the Mazda3’s all-wheel drive system.

However, we find the Mazda3 beats the WRX in two key areas; It is more refined and looks much cooler. Those shopping for an automatic WRX should at least try a Mazda3. And while you are on the dealer lot, why not check out the Mazda CX-30? It’s a turbocharged all-wheel drive crossover that Subaru has no equivalent to.

The Takeway: If you plan to buy an automatic, those shopping for a WRX should first visit a Mazda dealer and check out both the Mazda3 and Mazda CX-30. 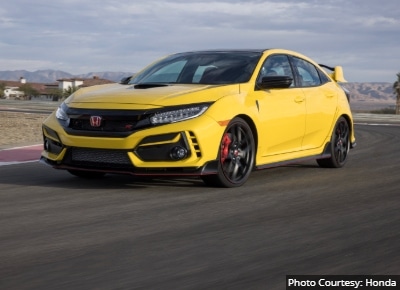 If all-wheel drive is a must for you, skip this section. Honda doesn’t make an all-wheel drive Civic. However, it does offer two versions of the Civic that can give any WRX a run for its money. And Honda offers a stick shift in both the Type R and the about to drop 2022 Civic Hatchback. We’ve driven the Type R, and it is clear that Honda meant business when it built this beast.

If you shop specs, consider that the turbocharged engine in the 306 Civic Type R has 38 more horsepower than the WRX’s engine. If you are open to a little less horsepower, try the 2022 Civic Hatchback with 180 hp. The Hatchback will have either a stick or a CVT auto from which to choose.

The Takeaway: The Honda Civic line has always been sporty and fun. Those who don’t need all-wheel drive should consider the Civic as an option to the WRX.

You may qualify for additional deals and incentives, check out this month's Honda deals. 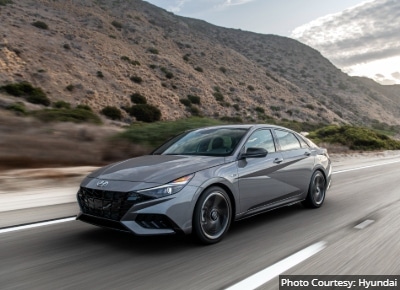 Hyundai offers some very fun-to-drive vehicles with the industry’s best warranty and included maintenance plan. We love the new Elantra for many reasons, including its wireless Android Auto and Apple CarPlay. The N Line is its sporty version.

With 201 hp and 195 lb-ft of torque, the N Line does not match the specs of the WRX. However, it is available with a dual-clutch automatic transmission or a six-speed manual. Where the Elantra N Line shines brightest is ownership cost. The Elantra N Line has a warranty that spans ten years, and the first three years of maintenance are included. The Elantra N Line also undercuts the purchase price of the WRX significantly.

The Takeaway: For those who would struggle to afford a new Subaru WRX, the Hyundai Elantra N Line is the solution. 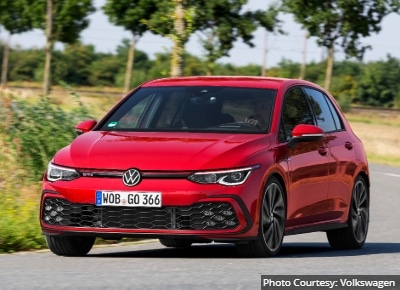 The Golf GTI and Golf R live on! VW has confirmed that they will return in 2022 with improvements across the board. Both are offered with a stick shift or DCT transmission, and the Golf R adds more grunt and all-wheel drive. The Golf R is really a Subaru STI competitor.

We haven’t seen the new Golf line yet, but every prior generation was a joy to drive. Nobody combines a premium European drive quality with a fun-to-drive attitude better than Volkswagen. If it carries forward, the VW Golf will have a 5-year warranty and two years of included maintenance.

The Takeaway: The Golf GTI and Golf R offer WRX alternatives for those with no budget limitations. 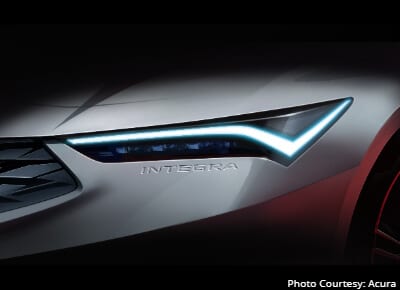 Acura is bringing back the Integra this year! Fans of hot hatches and quick, fun-to-drive small cars remember the Integra fondly.

While we don’t know much about the new Integra that arrives in 2022, we suspect it will have the up-powered 2.0-liter turbo engine found in the Civic line. AWD would be a surprise, but every present Acura offers AWD, so maybe it will have it. Don’t expect a stick shift, but who knows?

If you are just starting your search, check back on the all-new Integra before you make a final decision.

The Takeaway: The return of the Acura Integra could upset the pecking order in the WRX segment.

Is the Subaru WRX a good car?

The Subaru WRX is not just a good car, it is the benchmark for its segment. However, we have driven vehicles that offer more fun, and many models offer a better value.

What cars are similar to the Subaru WRX?

The Mazda3, Golf R, and Golf GTI offer very good alternatives to the Subaru WRX. We would also add the Hyundai Elantra N Line and Honda Civic Type R to that list.

Are there faster cars than the WRX at its price point?

Faster is a possibility, more fun a certainty. The WRX is not a very fun car to drive on public roads by comparison to many of its alternatives.

Do Subaru WRX cars have problems?

Subaru makes good cars, but the WRX scores relatively poorly on the Consumer Reports Reliability charts. Part of this could be the way the car is used by rambunctious owners. Those looking for a model with better rated quality should check out the Mazda3. The Hyundai Elantra N Line offers a warranty twice as long as that of the Subaru WRX.