The Most Popular & Unique Car Names 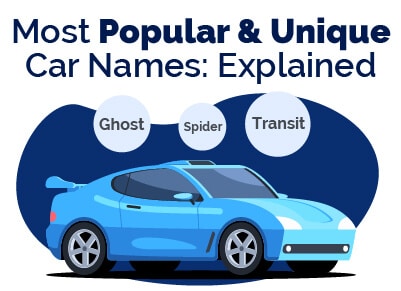 We rely on our cars to do the hard work for us, from grabbing groceries to karting the kids around, but those four wheels do much more than that.

For many of us, our vehicle is an extension of ourselves.

Showing our personality, we can decorate it inside with our favorite things, giving it a nickname and making sure it’s sparkling clean.

There are plenty of ways to distinguish our cars from the rest, from personalization to different models.

But while different models may have unique looks, your car might share more in common with other vehicles than you may think. 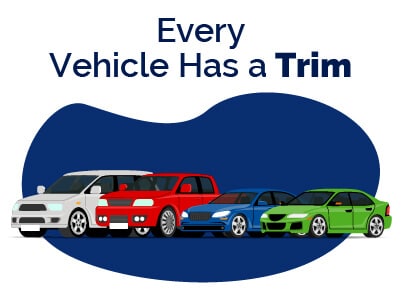 Every vehicle has a trim - a name the manufacturer christens it with. The trims help customers be able to differentiate between models, making them easier to identify.

And as car brands branch out and create different versions of their flagship models or sport options, it’s even more important.

Each version of a vehicle has its own standout features, setting it apart from other models from the brand. Whether that’s a sport version of their usual model, an SUV, or a luxury model.

But how different are these trims across the brands, and where does the inspiration come from behind the more unique names?

To find out, we analyzed the trims used by some of the most popular vehicle manufacturers. 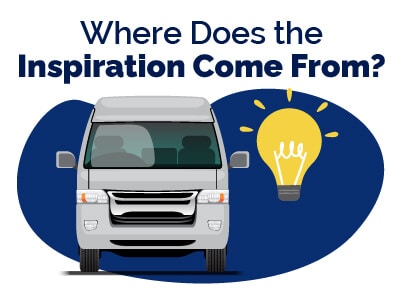 Our analysis revealed a more spooky side to the names cars take on. The luxury vehicle manufacturer, Rolls Royce, has chosen a supernatural theme for their cars.

With names such as Ghost, Wraith, and Dawn, it’s clear that to live up to their iconic appearances, these models need trims that are unique.

There’s also a model named Cullinan, which doesn’t sound as ghostly. However, after some digging, we found that its name is perfect for a luxury brand.

The world’s largest rough diamond ever mined in 1905 (at 3,106.75 carats) was named the Cullinan Diamond. It was named after Sir Thomas Cullinan, who operated the Premier Mine just outside of Pretoria, modern-day South Africa, where the diamond was found.

It’s easy to spot luxury cars on the road, with their stand out looks and even more unique names. But thanks to some of these trims getting really confusing, we’ve explained some of the car world’s most iconic (and strange) names!

We found that locations have also inspired plenty of car brands for their trims. 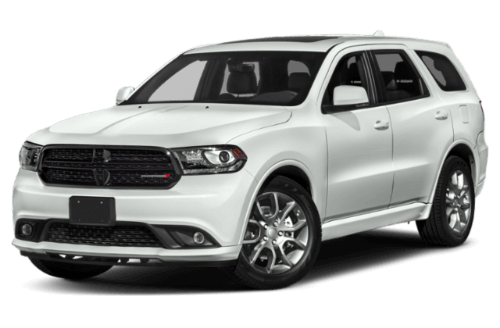 The Dodge Durango is a midsize SUV and is the successor of the Dodge Journey. The Durango name represents Dodge’s shift to performance-focused vehicles.

But the Durango name is more than a change of focus, as it is also the name of a city in Colorado.

However, Dodge isn’t the only brand to do this.

Our analysis found that plenty of manufacturers have taken inspiration from locations around the world.

Kia named a new hybrid vehicle after the Italian town of Sorento. The model is a more upscale option for buyers looking for a midsize crossover SUV.

You may have seen a Kia Telluride or a Sedona on your travels too, both models sharing a name with a town in Colorado and Arizona.

We also found that the Japanese manufacturers, Nissan, have also scoured the globe for trim name ideas. Nissan rebadged an exported version of their Japanese Nissan ‘Sunny’, naming it after the sunkissed town of Sentra in Portugal. 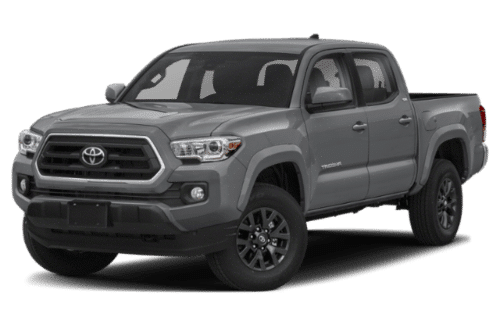 Other vehicles we found sharing names with worldwide destinations included the Toyota Tacoma, which shares a name with a Washington city, and the Hyundai Santa Fe, named after a city in New Mexico.

However, not all manufacturers opted for a catchy, exotic-sounding name.

Our analysis showed, however, that BMW may have taken inspiration from this. Their sedan models also sport the letter X followed by a number.

But despite this, BMW has certainly set the tone when it comes to using numbers in their trims. 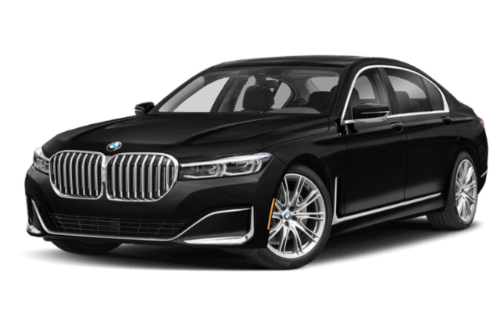 We found that brands such as Audi and BMW have distinguished their models against the rest in a more unique way - with a series of numbers instead.

Audi primarily uses a combination of 1 number and 1 letter to distinguish their models. BMW sets apart their creations using series. For example, the 8 series or the 7 series.

These trims might not be as ‘creative’ as other brands, but they’re much simpler and easier to remember, something buyers love.

The signature vehicles created by Land Rover are known for their strong and dominating presence on the road. The vehicle is known for its tenacity against any type of terrain, and the functionality it brings to any driver. Their trims are no different either.

Out of all the brands and trims we analyzed, we only found Land Rover using the trim Defender.

As no other brand has dared copy the name from the manufacturer, it really shows that they can ‘defend’ this title. 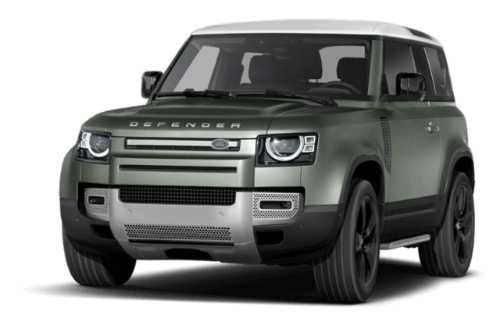 But we didn’t just look at your average sedan or SUV. Vans are just as important in our daily lives, transporting plenty of valuables around.

The iconic Ford Transit van has set the tone for many manufacturers to follow and has easily become a favorite.

It’s known for having an extensive list of standard driver-assistance features, impressive handling, and regularly updated interiors. Ford's most popular trim for this staple is cargo - easily highlighting what it can be used for.

But our analysis showed that its popularity took hold, and other brands have chosen the same name for their van models.

Chevrolet’s van model Cargo, offers buyers plenty of space and power, and sells itself on reliability and versatility.

Similarly, the Nissan NV Cargo took inspiration from its counterparts, however, its selling point is its ability to tow up to 9,400 pounds when equipped with a diesel engine.

As trends change, and models become more advanced, we’re sure that there are going to be some unique trims coming onto the market.

Who knows, maybe manufacturers will take inspiration from electric vehicles that are becoming more popular. Or perhaps, as driverless cars become more advanced, we will see trims that bring the focus to their competitive advantage.