In the realm of luxury vehicles, the sport utility (SUV) has become synonymous with classy opulence without pretension. There are several types of SUV and crossover options in this category, which we’ll break into three basic groups.

We will rank two each in the categories of compact luxury SUV, midsize luxury SUV, and full-size luxury SUV. All of these picks will be top choices and will offer both two-wheel (rear or front) and four-wheel/all-wheel drive.

Our rankings are based on luxurious drive appeal and the balance of value versus technology and daily use comfort.

What Is Considered a Luxury SUV?

Luxury sport utilities are usually defined as such by their manufacturer. Both crossover-SUVs and full (truck-based) SUVs are included here. We have rejected a small number of “premium” but not fully luxurious SUVs from our consideration on the grounds that we’re defining “luxury” as being top shelf in terms of accouterments and design.

In the charts below, we will have two in each category of compact, midsize, and full-size luxury sport utilities for comparison. This should help narrow your considerations, especially if you’re unsure of whether you would prefer one size category over the next and wish to cross-shop. We will forego any plug-in or hybrid variations in our comparison chart, but individual descriptions below will include such options for each entry. 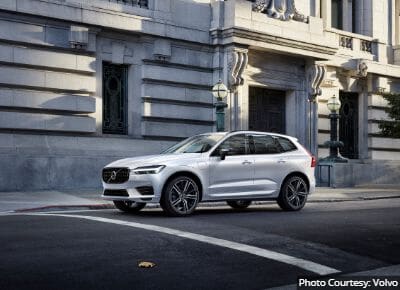 With the second generation of the XC60, Volvo solidified the crossover SUV's status as a top option in the luxury compact SUV segment. The five-seat XC60 has Volvo’s signature minimalist-but-not-spartan interior and classy exterior. Driftwood trim, brown leather, and a clean, nearly button-free dashboard are hallmarks of Volvo’s modern design. For those wanting more efficiency and power, the XC60 has a highly-rated plug-in hybrid option as well.

The XC60 won out on our list for its interior roominess, versatility, and ergonomics. USB ports are plentiful inside, safety technologies are top shelf (and come standard), and options are well priced for the luxury segment.

You may qualify for deals and incentives, check out this month's Volvo deals here. 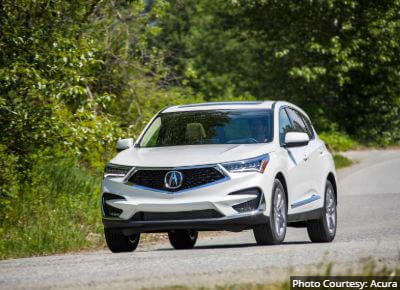 Billed and designed as a “sport crossover,” the RDX is much more than just a sporty take on a luxury crossover option. This SUV also features all of the things expected of a solid luxury crossover, including a roomy interior, smart technologies, and stylish looks. Acura is most well known for its speedy take on luxury, but with the RDX’s re-introduction in 2019, this current generation of the small crossover-SUV pushed it into excellence.

As a close second to the Volvo above, the RDX offers the signature sporty drive quality of the Acura brand as well as better-than-average off-road chops. Its turbocharged four-cylinder engine is also fuel-efficient and cargo, while a bit restricted due to the sportier design of the RDX’s exterior, is still large and useful. 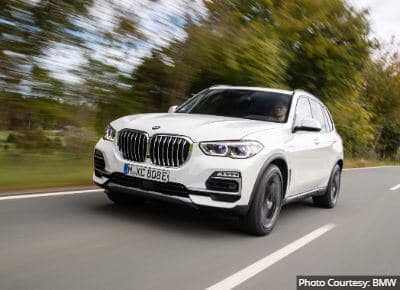 The BMW X5 is in its fourth generation as a luxury sport utility. The X5 is most notable for its balanced design and plethora of configuration options. Those looking for a nicely-tuned family hauler in the luxury segment can find an X5 to fit, just as those looking for a track-ready sport midsize SUV can also find an X5 to match.

In most configurations, the X5 is a five-seat crossover-SUV, but a third row (making for 7) can also be opted for in many trim points. Drivetrain options include turbocharged six-cylinder engines with a mild hybrid system, a turbocharged eight-cylinder engine for performance models, and a plug-in hybrid model offering 50 MPG-equivalent.

You may qualify for additional deals and incentives, check out this month's BMW deals here. 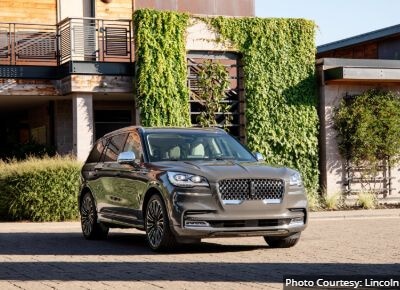 Revived in 2020 after an awkward early 2000s debut, the Aviator is now a benchmark luxury three-row SUV. The Aviator is well-balanced with a strong aim towards luxurious comfort and cabin appeal. Roominess is the rule in the Lincoln Aviator, with headroom, legroom, and cargo space being a focus.

The midsize SUV, Aviator is available in both a turbocharged V6 gasoline option, which outputs excellent amounts of power for everyday driving and a plug-in hybrid variant. The plug-in, however, is only available in the topmost trim of the Aviator, making it an expensive proposition for some buyers.

You may qualify for additional deals and incentives, check out this month's Lincoln deals here. 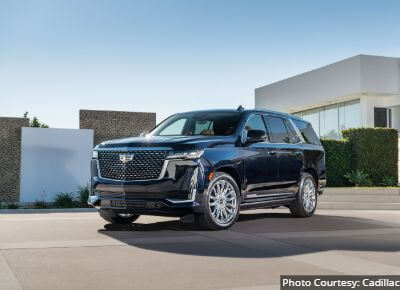 Completely redone for 2021, the new Escalade jumps to the head of our rankings for top luxury full-size SUVs. Styling is clear, concise, and very much on the bulky side. The Escalade pushes into true luxury without losing the signature expectations we would have from Caddy: heavy use of excellent materials, inlays to grab the eye with bling, and huge amounts of interior space.

Where the new Escalade steps up is in its leading-edge technologies, extremely prolific and intelligent use of smart screens and convenience tech, and in its luxurious appeal on the road. The Escalade can be had with either a well-matured V8 gasoline engine or a purringly quiet turbodiesel powertrain. Fuel economy for the diesel is phenomenal for a non-hybrid.

You may qualify for additional deals and incentives, check out this month's Cadillac deals here. 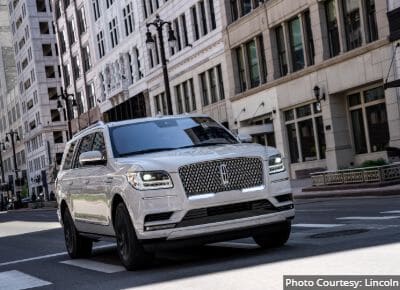 Now a couple of years into its current generation, the Navigator continues to surprise those new to the brand for its luxurious excellence. Based on the Ford Expedition and F-150, the Navigator goes beyond being a rebadged Ford and becomes an extremely luxurious SUV. Interior spaciousness, smart technology usage, and a well-mated powertrain come together nicely in this big SUV.

The Navigator beats out European contenders largely for its versatility. Good fuel economy, strong towing capability, and interior spaciousness to go with the high amounts of luxury to be had are all reasons it made our list.

You may qualify for additional deals and incentives, check out this month's Lincoln deals here.

What is the best luxury SUV on the market?

A top reason for purchasing a sport utility beyond its people-hauling capabilities is versatility. Even in the luxury segment, many owners tow things like RV trailers, boats, motorcycles, etc. Thus towing capability may be a large factor in a buying decision.

How is maximum cargo space measured?

Maximum cargo space is measured as the amount of usable cargo space when all but the front row of seating is folded down. The maximum space gained with second and/or third rows folded is the total amount of volume things can be placed into for hauling. Whether it’s a trip to the box store or purchasing a new piece of furniture, this space is an important consideration for SUV buyers.

What is considered a luxury SUV?

Luxury sport utilities are usually defined as such by their manufacturer. We have rejected a small number of “premium” but not fully luxurious SUVs from our consideration because we’re defining “luxury” as being top shelf in terms of accouterments and design.