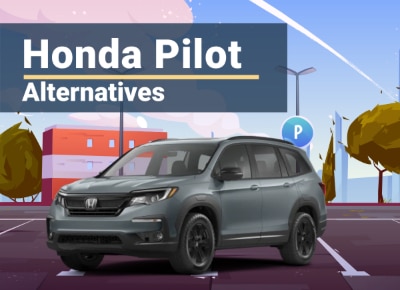 The Honda Pilot is a popular three-row SUV known for its robust nature and thoughtful interior. It resides in a segment that is full of top-shelf rivals with excellent merits of their own.

Yet it continues to sell well against newer rivals. Its roomy interior, versatile nature, and good fuel economy are all high points.

The primary weakness of the Honda Pilot is its relatively high price compared to most of its rivals.

Honda has dropped the two lowest trim levels, making its cost of entry higher by comparison. The Pilot is also an older design, comparatively, making it feel a bit dated in looks and appeal. 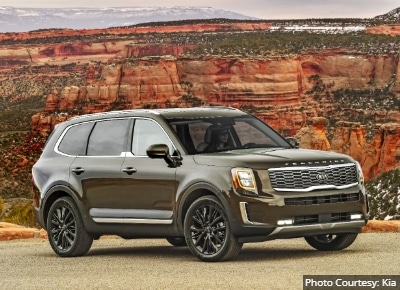 The Kia Telluride is the newest model on our list, having been introduced as an all-new offering from Kia in the 2020 model year. The Telluride has quickly become a top seller in the segment thanks to its long list of standard features, spacious interior, and powerful styling.

The Telluride is considerably larger than the Pilot and has the best warranty in the segment as well.

There are a few downsides to the well-done Telluride and it’s been a favorite among journalists and buyers since its introduction. The Telluride sports a host of active safety technologies, a huge and well-considered infotainment touchscreen, and a strong list of reasons to buy. 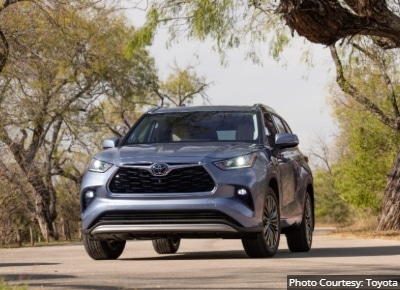 Of the models on our list here, the Highlander is the only one that comes as a hybrid. We very much recommend the Highlander Hybrid model, which will increase the price paid by about $2,000 versus the base model, but which will return the excellent fuel economy numbers listed here.

Introduced in 2020, the Highlander is a well-considered family crossover SUV with a kid-friendly third row, ample storage and cargo, and a very comfortable seating arrangement in the front and second rows.

Long considered the chief rival to the Honda Pilot, the Highlander Hybrid now sets a new bar for Honda to meet. 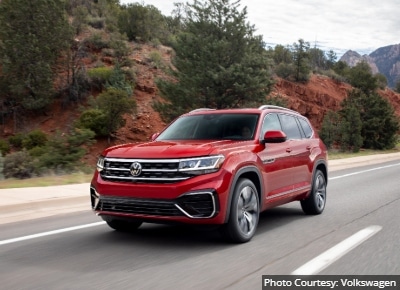 The Atlas is relatively new to Volkswagen but is almost as old as the Pilot, having been introduced in its current generation in 2018. VW no longer offers the base S trim level but has added some standard features across the board to go with the VW’s huge interior space and comfortable drive quality.

The Volkswagen Atlas is one of the larger choices of the group here in physical presence and drive feel, but that gives it a feeling of confidence and stability as well.

The cabin is simple, but understandable and crafted from quality materials.

You may qualify for deals and incentives, check out this month's Volkswagen deals and average prices paid.

What can I buy instead of a Honda Pilot?

Our list here gives three alternatives in the hotly-contested three-row SUV market. We’d recommend the Kia Telluride, Toyota Highlander Hybrid, and Volkswagen Atlas as a good alternative to the Pilot.

What brand is more reliable than Honda?

Reliability can be measured in many ways, and one way is with manufacturer warranties. That is a measure of how long the manufacturer itself stands behind its product. On our list of Pilot alternatives here, two of the three options have better warranties than does Honda.

Should I buy a Honda Pilot?

If the Pilot fits your lifestyle and needs, then, by all means, get one. It’s a great vehicle and well worth every penny spent. Our list of alternatives, however, may offer some compelling choices while you’re shopping around.