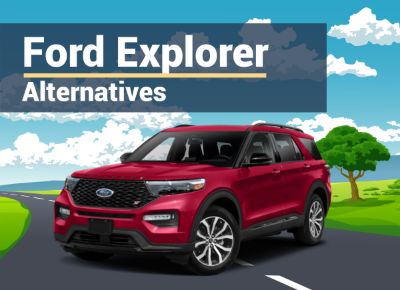 The Ford Explorer is a popular midsize, three-row sport utility with a long history on the market.

As times have changed, so has the Explorer, always keeping with consumer trends and remaining popular. The current-generation Ford Explorer debuted in 2021 to mark the sixth generation for the SUV.

Known for style, spaciousness, and capability, the Explorer is a top seller in the utility market.

The new Explorer does have its downsides. The new, smaller, turbocharged engine doesn’t deliver significantly improved fuel economy, and the 10-speed transmission can be rough. Stiffness on the road and low-reliability expectations also count against the Ford Explorer. 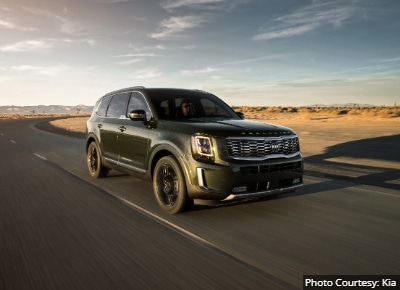 Compared to the Explorer, the new Kia Telluride has a larger passenger space and better reliability rating.

The Telluride has topped the list of family SUV choices since its debut in 2020.

It offers a plush ride quality, spacious interior, high-end technology and safety features, and a value-oriented pricing structure. The Telluride is the current benchmark for three-row crossovers. 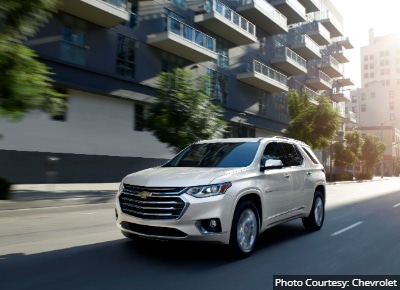 The Traverse is another top pick amongst reviewers for family three-row crossovers.

This generation of the Traverse debuted in 2018 and quickly became a favorite, creating a benchmark that was only eclipsed with the Telluride later.

Generous passenger room, excellent infotainment and technology, and a solid road presence are high marks for this SUV. 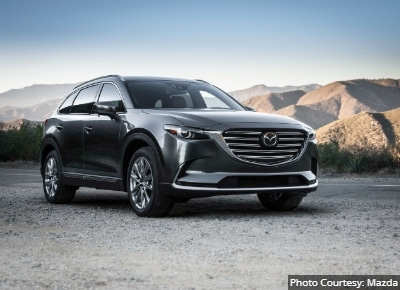 As one of the oldest options on our list here, in terms of its design, the CX-9 nevertheless remains a top choice thanks to its robust drive quality and premium level accommodation.

It has a small third row and less cargo room than the others here, but it’s also smaller in footprint overall and one of the best-equipped options for the money spent. 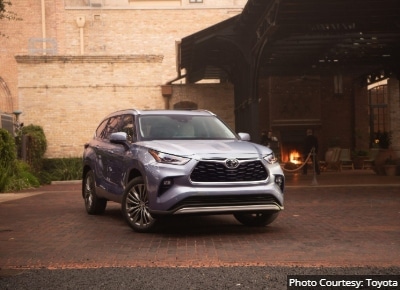 Completely redesigned in 2020, the Toyota Highlander has long been a mainstay in the three-row family market.

It’s known for comfort and quality as well as holding a reputation for reliability.

The Highlander has a hybrid option for those with a fuel economy focus, but a smaller third row and cargo area than the Explorer. 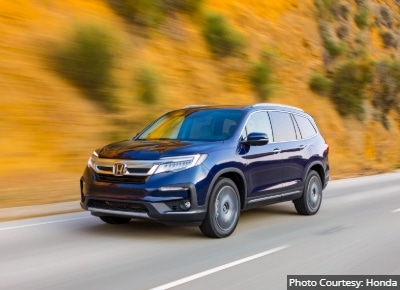 Another relatively old design, the Pilot, introduced in this generation in 2016, still holds a top spot thanks to its roomy interior and excellent ride quality.

Fuel economy in the Honda Pilot is high and storage and ergonomics are the best of any on our list. The third row is restricted for access, but cargo is easy to use thanks to a square rear opening.

Which of the SUVs on this list has the most cargo space?

The Chevrolet Traverse outclasses all others on this list by a landslide for most cargo room.

Is the Explorer bigger than the new Toyota Highlander?

The two are about the same size, but the Ford Explorer is a bit longer and taller than the Toyota Highlander.

Are there other competitors to the Explorer?

The three-row segment is heavy with options right now. Those with an open mind could also look towards minivans, full-size SUVs, and even some entry-level luxury options for alternatives.

Which models in the Explorer’s segment offer a hybrid or electric model?

The Explorer has a hybrid variant for 2021. Ford is planning an electric and perhaps plug-in electric Explorer, but those are future products not yet on the dealer’s lot. The Toyota Highlander has a hybrid option as well.