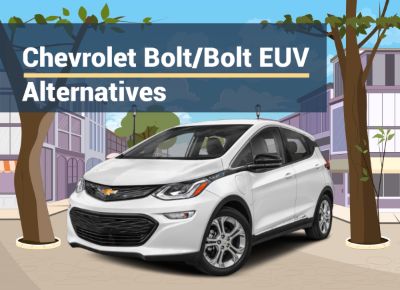 The Chevy Bolt five-door hatchback and Bolt EUV (electric utility vehicle) are two of the best affordable battery-electric vehicles by nearly any measure.

However, they are both currently off the market due to a recall involving a manufacturing defect in their battery packs that can cause fires.

For those shoppers looking for an affordable compact green vehicle, we offer this list of alternatives.

The Takeaway: The Chevy Bolt and Bolt EUV are two of the best affordable battery-electric vehicles one can own. However, they are presently off the market.

*Bolt and Bolt EUV were not eligible for federal tax incentives at the time of publication. 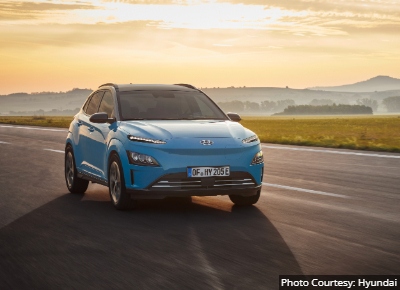 The Hyundai Kona is a great-looking small crossover with a fun-to-drive demeanor. Like the 2022 Bolt line, the Kona Electric offers wireless Android Auto and Apple Car Play.

The Limited trim offers heated seats and a heated steering wheel, options we look for in EVs since they reduce the need to run the HVAC system.

Hyundai includes three years of maintenance in its purchase price and offers a 10-year warranty, twice that of the GM warranty.

Those looking for the value option on this list will find it in the Hyundai Kona Electric.

The Takeway: Hyundai followed the same basic game plan with its Kona Electric that GM did when it built the Bolt. 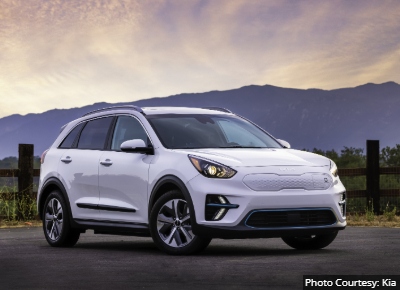 The Kia Niro EV is one of our favorite vehicles. This five-door hatchback electric vehicle is a bit larger than the Bolt EUV, but just as fun for point-and-shoot urban driving. We drove it back to back with a Tesla Model 3 SR+ and found that we preferred the Kia.

Like all Kia vehicles, the Niro feels well-built and has a sporty personality. The Niro features a clean interior design devoid of clutter. The same can be said of its instrumentation and controls. The Niro will appeal to drivers who put function ahead of form. Note that is a bit larger than the Hyundai Kona, but also a bit pricier.

The Takeaway: The Kia Niro EV is one of the hidden gems in the affordable EV marketplace.

You may qualify for additional deals and incentives, check out this month's Kia deals. 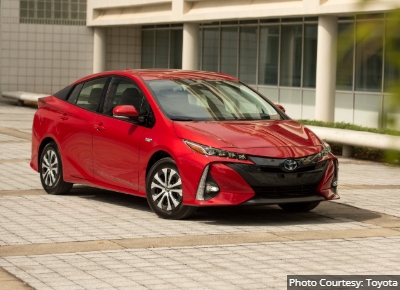 The Toyota Prus Prime is not a fully electric vehicle. Rather, it is a high-efficiency hybrid that can also act as an all-electric vehicle for a typical commute of about 25 miles.

At no time in its operation is it a “conventional” vehicle. Although the Prius Prime is not fully-electric it has an EPA MPGe rating higher than many BEVs. That translates to a cost per for energy close to an all-electric car. Finally, the Prius Prime has no timing belt and is surprisingly maintenance-free.

Setting aside the mechanical specifics of why a Prius Prime may be an alternative to a Chevy Bolt, is the fact that it has one of the longest streaks of perfect 5/5 reliability ratings of any vehicle, according to Consumer Reports.

The Takeaway: Those who want to reduce their environmental footprint and keep their cost of ownership low should consider the Prius Prime. 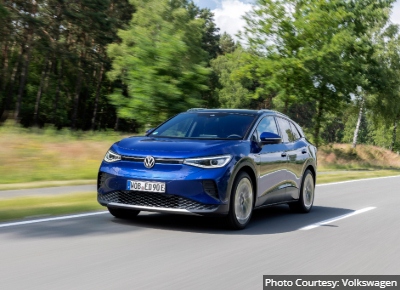 The ID.4 is a new battery-electric crossover vehicle from VW that comes in at the low-end of the EV compact crossover price range.

VW has been shipping the ID.4 in ever-increasing numbers and is planning to build it in Tennesee when its new plant is ready. Owners are reporting that they are thrilled with the new ID.4.

VW used a fresh sheet approach to design the ID.4. It doesn’t match up perfectly with the Bolt EUV, being a bit larger, but the prices nearly overlap. Three trims are presently offered, and AWD is starting soon.

The Takeaway: The Bolt EUV is not alone in the small crossover market, and the ID.4 offers more room and AWD for a bit more money.

You may qualify for additional deals and incentives, check out this month's Volkswagen deals. 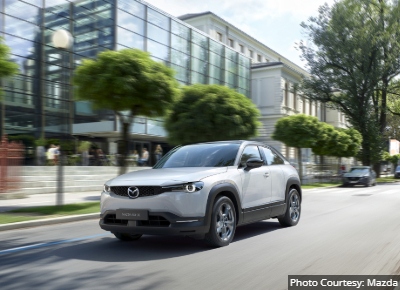 If you love the Mazda brand for its zoom-zoom driving satisfaction, be aware that Mazda is about to begin shipping a new battery-electric MX-30.

Built on the same platform as the CX-30, the new MX-30 is reported to be just as fun to drive as its siblings and all the usual Mazda quirks are there, including the odd infotainment system.

One thing to be aware of is that the MX-30 is a warm-weather short-range BEV. It is front-wheel drive only and offers just 100 miles of range in the best of conditions.

The Takeaway: If you live in a sunny climate and want a sporty car for local driving, the MX-30 is an interesting alternative.

Is the Chevy Bolt being discontinued?

No, the Bolt and Bolt EUV are new this year (calendar 2021), and GM has reported to FTBCP that the company is committed to correcting the battery issue and moving forward with Bolt sales. Expect sales to resume in early 2022.

What is the problem with the Chevy Bolt?

The Chevy Bolt and Bolt EUV were built with a defect in their batteries that could cause a fire. The problem has been corrected, and GM is now building new battery packs and installing them in owner’s vehicles.

What can I buy instead of a Chevy Bolt?

There are many great alternatives to the Chevy Bolt and Bolt EUV. The Hyundai Kona and Kia Niro are similar to the Bolt line, and both come with warranties lasting twice as long. The Toyota Prius Prime is more efficient than the Bolt and has a similarly low cost of energy.

Is the Volkswagen ID.4 larger than the Bolt EUV?

Yes, the VW ID.4 is bigger in every way than the Bolt EUV, and thanks to the current federal tax credit, similarly priced.