Best Trucks for Towing: Which Has the Highest Towing Capacity?

One of the reasons to buy a truck is to have the potential for towing, after all, and it’s integral to their design.

Our list here will include towing capacities as both a maximum towing capacity if the truck is configured for that and an average for the rest of the models in the pickup’s options.

For example, the single cab with a diesel engine is not likely to have as much towing capacity as is the double cab with the larger V8 gasoline engine.

What Is Towing Capacity?

Towing, contrary to popular belief, is not just about how much can be pulled behind the truck. It’s also about how much cargo (trailer weight) can be borne by the truck’s rear axle and framing and how safely and comfortably that towing happens. 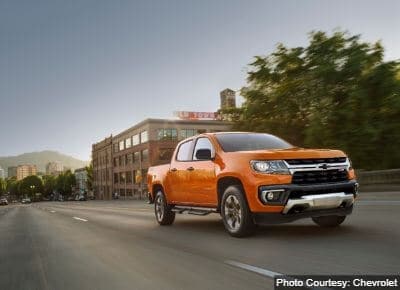 The Chevrolet Colorado and its near-twin the GMC Canyon are both our top choice for towing with a midsized truck. Maximum towing comes with the desirable diesel engine upgrade for these trucks, and they offer a good, stable platform for towing when configured that way.

The diesel brings good amounts of torque and confidence when pulling a trailer. In addition, the sway control and other systems on these trucks do a good job of holding that confidence down the road.

You may qualify for deals and incentives, check out this month's GMC deals here. 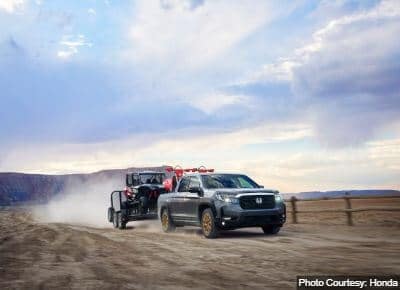 The Ridgeline’s best towing comes with the all-wheel drive package, which is desirable as an upgrade anyway. Without that AWD, the midsize Ridgeline’s towing is limited to 3,500 pounds.

Where the Honda really shines, though, is in its low center of gravity and its surprising amount of cargo weight capacity. Cargo weight is important in towing as it affects how much of the trailer’s weight (aka “tongue weight”) can be born by the truck’s suspension. In this case, the Honda Ridgeline is more comfortable with heavier amounts of weight forward on the trailer, which means balancing the load is much easier. That translates into easier towing. 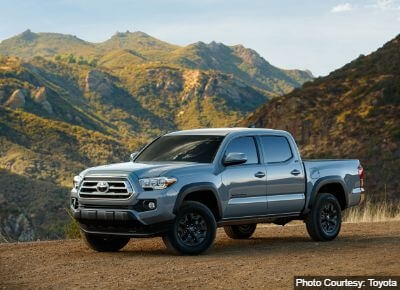 While remaining the best-selling midsize pickup truck on the market, the Tacoma has seen several improvements in recent years. One of those improvements is the truck’s ability to pull loads confidently.

Improved braking assistance for sway control and other measures have made the Tacoma a much better trailer puller than it has been in the past.

However, for best towing, we recommend staying away from the extreme off-road packages in the TRD lineup as their looser suspension settings are less conducive to trailering. 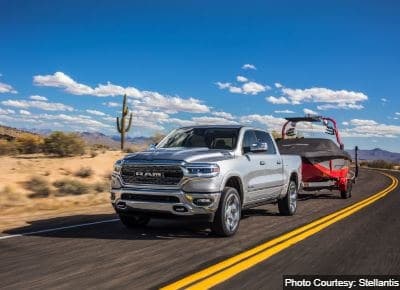 In the realm of full-size trucks, the “best-in-class” claim is a just marketing bonanza. While the Ram 1500 no longer holds "best-in-class" for towing, it does still take our number one spot for its balance of capability (even the least capable can pull well over 12,000 pounds) and safety systems.

Ram has a very well-done trailer sway control and confidence level to its towing setup on all of its pickups, including the 1500. It offers solid cargo-hauling capacity to allow good trailer balancing as well. 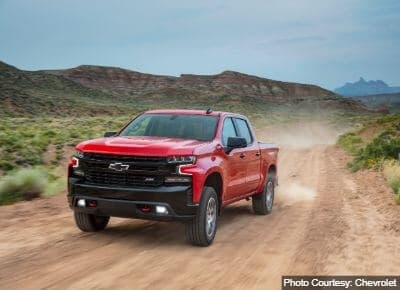 The Silverado 1500 is a solid full-size truck for towing. Its top-most towing capacity is a bit of a fluke, coming in only one package and configuration, but the average towing (which includes towing with the V6-powered model) is very good.

All models are confident in their tow capabilities, and a solid cargo rating adds to that balance. 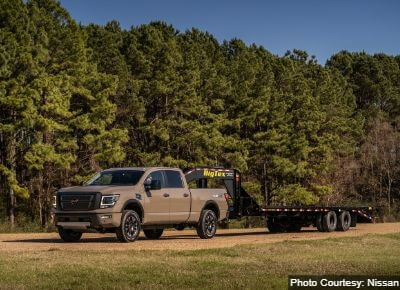 The Titan has seen a lot of changes since its introduction, but the Titan XD with its powerful V8 engine, strong framing, and a new transmission with better gearing brings a solid towing capability to the full-size truck arena.

It’s steady, capable, and confident in its work — all good things when it comes to towing.

What Is the Best Towing Setup? 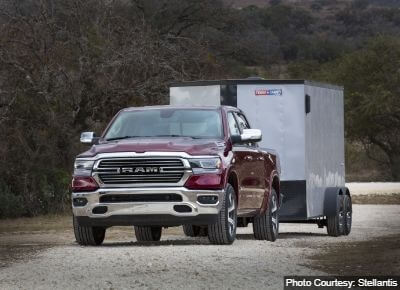 For serious hauling of routinely heavy loads, we very much recommend the Nissan Titan XD with its gooseneck setup (comes standard). For very heavy loads, a gooseneck is safer and more capable than a bumper pull (rear hitch receiver). We do recognize, however, that for most pickup truck and trailer owners, that is not the type of trailer that is most often being pulled.

For that reason, we put the Ram 1500 with its eTorque drivetrain at the top of our list. The Max Towing package for the two-wheel drive setup offers the maximum towing capacity on our list, but going to four-wheel drive only lowers that number by about 1,200 pounds. In every way, though, the Ram 1500 has a solidly confident pull when under a load.

The Chevrolet Colorado and the GMC Canyon have the highest towing capacity in midsize trucks, with the Jeep Gladiator coming in at a very close second.

The Ford F-150 has the highest towing capacity for a full-size truck, with the Chevrolet Colorado in at a close second.

What is the best truck for heavy towing?

For serious hauling of routinely heavy loads, we very much recommend the Nissan Titan XD with its gooseneck setup (comes standard). For very heavy loads, a gooseneck is safer and more capable than a bumper pull (rear hitch receiver).

The F-150 has the best towing capacity, but what are the drawbacks?

The F-150’s best tow rating is 14,000 pounds, but that is in only one configuration, and a top tow capability is not the same as best in towing. The F-150 is a lightweight truck, when compared to its competition, and has a tougher time controlling trailer sway and push/pull on the road as a result.

Is the Honda Ridgeline a pickup truck?

The Honda Ridgeline is definitely a pickup truck by all definitions. It is the only unibody (car-based) pickup on our list, but it’s also a very capable truck compared to its rivals.