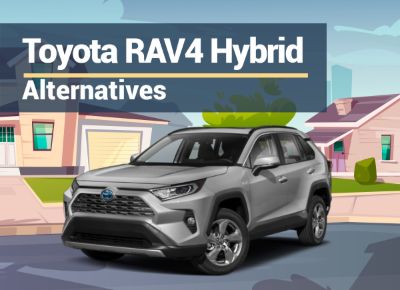 It is hard to find faults with the RAV4 Hybrid. It has many advantages in its segment including class-leading fuel economy, standard advanced all-wheel drive, a low cost of maintenance, and legendary reliability.

The Takeaway: 40 MPG is the current benchmark for compact all-wheel drive crossover SUVs with the Toyota RAV4 setting the standard.

*Many RAV4 Hyrbid owners report a range of approximately 440 miles before the low fuel light illuminates. 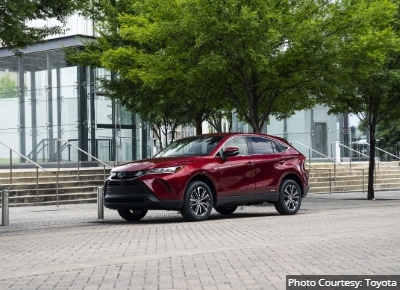 If you love the RAV4 Hybrid’s mechanical bits but can’t find one, look again at the Toyota and Lexus lines.

The Toyota Venza and Lexus NX are nearly identical to the RAV4 Hybrid mechanically.

Both offer sleeker styling, a more modern interior design, and both have a bit lower MPG rating, but not enough to notice at the pump. 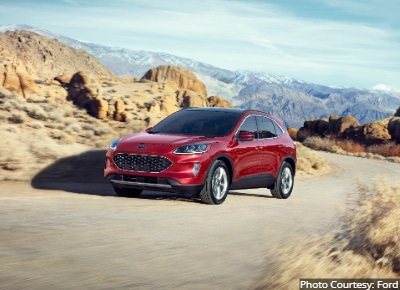 Almost 20 years ago, Ford licensed hybrid technology from Toyota to develop its Escape Hybrid. Today, Ford has its own hybrid and electrification technology, and the Escape Hybrid matches the RAV4 Hybrid’s MPG ratings.

We like the sleek look of the Escape Hybrid. It contrasts with the RAV4’s squared-off outdoorsy look and offers shoppers an alternative.

We have not had an opportunity to test the Escape Hybrid, so be sure you do your own long test drive. If you don’t need all-wheel drive, note that the Escape can be configured as a front-wheel drive vehicle with a smidge better fuel economy.

The Takeaway: The Escape Hybrid is a slightly smaller, sleeker-looking alternative to the RAV4 Hybrid that can match its efficiency.

You may qualify for additional deals and incentives, check out this month's Ford deals. 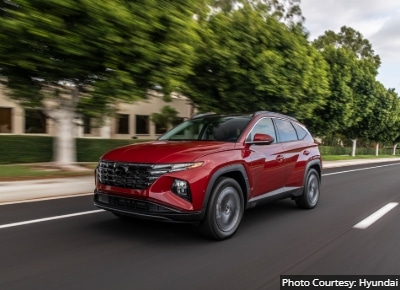 Hyundai’s all-new 2022 Tucson Hybrid Blue uses a very different type of powertrain than does Toyota. Hyundai offers a smaller displacement engine with a turbocharger to make its power. Hyundai even uses a geared transmission rather than an e-CVT. This combination provides 226 hp, a smidge more than the RAV4 Hybrid offers. All-wheel drive is optional.

We tested the new Tucson and found its wireless Android Auto and Apple Carplay-enabled infotainment system to be better than what Toyota offers in its RAV4 line. Another reason to love Hyundai is that the company offers three years of included maintenance vs. Toyota’s two years, and its warranty spans ten years instead of Toyota’s five. 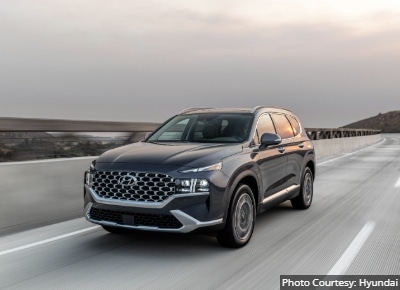 We tested the Hyundai Santa Fe back to back with the Tucson and were left scratching our heads.

Both are two-row crossovers, and the Tucson seems to have slightly more interior space.

We can’t really figure out why Hyundai offers two vehicles in the same class, but Toyota also does so with its Venza clone of the RAV4 Hybrid.

The Takeaway: The Hyundai Santa Fe Hybrid is a mechanical clone of the Tucson Hybrid, offering Hyundai shoppers two styles from which to choose. 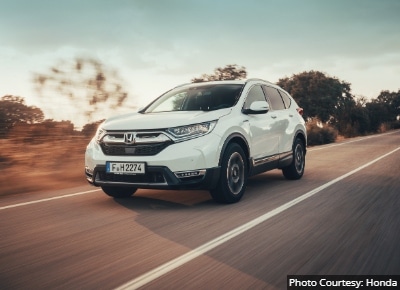 After being noticeably absent, a hybrid version of the popular Honda CR-V finally appeared last year.

The CR-V Hybrid comes within $50 per year of matching the fuel costs of the RAV4 Hybrid, and also features standard all-wheel drive.

The Takeaway: If you want a hybrid crossover but want to remain on team Honda, the CR-V Hybrid is the way to go. 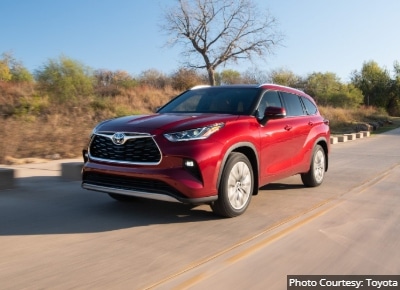 The Highlander Hybrid is a larger SUV than the RAV4. It defines the midsize SUV market by virtue of its long run in the segment (three generations) and also its class-leading fuel efficiency. The Highlander is also a perennial safety and reliability leader in the industry among all vehicle types.

This segment is suddenly getting crowded with many former two-row crossover owners moving up in size a bit. Kia’s Sorento Hybrid matches the Highlander’s specs line for line. Notable advantages to the Toyota Highlander include a compact spare tire and its long history of reliability excellence.

The Takeaway: Shoppers who may prefer a bit more space than the RAV4 Hybrid offers will find it in the Toyota Highlander Hybrid or Kia Sorento Hybrid.

What is the difference between a Toyota Venza and the RAV4 Hybrid?

Mechanically, the Venza and RAV4 Hybrid are generally identical. The Venza offers a sleeker look, a more modern interior design, and a similar fuel economy.

What are some good alternatives to the Toyota RAV4 hybrid?

The Toyota Venza, Lexus NX, Hyundai Tucson Hybrid, and Honda CR-V Hybrid are all very similar crossovers in many ways to the segment-leading RAV4 Hybrid.

What SUV has the best urban-cycle fuel efficiency?

Among vehicles that do not plug in, the front-wheel drive Ford Escape Hybrid is notable for its 44 MPG EPA-Estimated City rating.

On the contrary, most hybrid trims offer added torque and power to a given model compared to the base powertrain. In many cases, the hybrid trim is the quickest and most powerful trim available.

Does GM make a hybrid SUV?

General Motors has committed to an all-electric future and has de-emphasized hybrid technology.

Is the Nissan Rogue offered in a hybrid trim?

Nissan offered a hybrid trim for the Rogue in its prior generation but has not released one yet for the new generation.

Do hybrids need to be plugged in?

Hybrids don’t need to be plugged in. However, there are plug-in hybrid-electric vehicles (PHEVs) that do plug in. They are distinctly different trims.

How much more in fuel costs does a RAV4 Hybrid cost its owner compared to a Tesla Model Y?

A Tesla model Y has an annual energy cost of about $550. By contrast, a Toyota RAV4 Hybrid has an annual cost for gasoline of about $1,200. It should be noted that Toyota offers a third option. The RAV4 Prime plug-in hybrid-electric vehicle (PHEV) has a combined energy cost of about $850 per year. Your cost for electricity and gasoline will be an important factor in how much you will pay to power your vehicle.