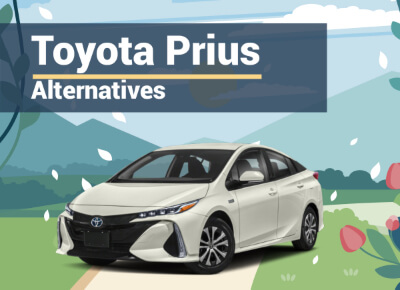 The Toyota Prius is the de facto hybrid car standard for the world. In its third decade of sales, the Prius is still a formidable competitor.

Toyota has a plug-in hybrid-electric trim called the Prime, as well as all-wheel drive trims for the snowbelt buyers.

Here, we'll highlight some of the best alternatives to the Toyota Prius.

Why Consider a Prius Alternative?

The Takeaway: Prius fans are many, but some shoppers simply want an alternative to the defacto green car of the globe. 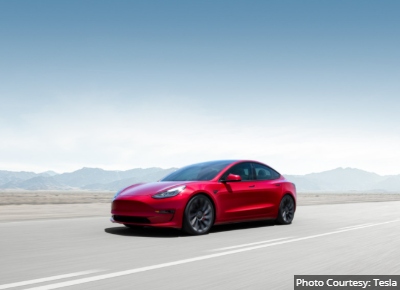 Those who want to break free of the Prius’ stereotypes can do so by spending more money on a Tesla Model 3. These shoppers won’t save money on a Model 3. In fact, its average transaction price is about 50% higher. Nor will they save money on energy. A Prius Prime can operate on the same electrons and is pretty affordable when it operates in hybrid mode. What Tesla Model 3 buyers are trying to achieve is a better driving car.

Many trims of the Model 3 are thrilling to drive. All of them drive very well. Whether you are trying to make an SR+ trim fit a tight budget or have the coin to upgrade to a Performance trim, any Tesla Model 3 is cooler than any Prius - if you care about such things. In bumper-to-bumper traffic, it’s hard to argue a Model 3 is “faster.”

Except for other Tesla models, Tesla says that one of its most frequently traded-in models by Model 3 buyers is a Prius.

The Takeway: If you want to follow the migrating green car masses, the Model 3 is the way to do so. 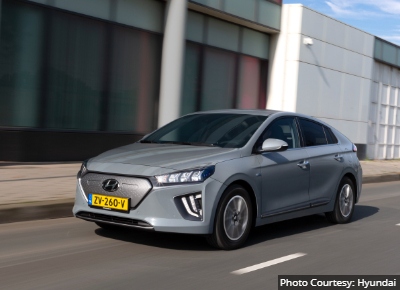 The Hyundai and Kia brands are owned by the same parent company (Hyundai). We normally avoid grouping two different brands together, but the Hyundai Ioniq and Kia Niro lines are so similar it would be a disservice to our readers if we didn’t spare them the reading time.

Hyundai and Kia offer the Ioniq and Niro models as hybrids, plug-in hybrids, and battery-electric versions. We’ve tried all three flavors, and all three impress us. Of the two, we prefer the Niro for its more practical small wagon design, but the allure of three years of included maintenance from the Hyundai brand is nothing to ignore.

The Takeaway: If you are looking for a close copy of the Prius line, the Hyundai Ioniq and Kia Niro offer you that.

You may qualify for additional deals and incentives, check out this month's Kia deals. 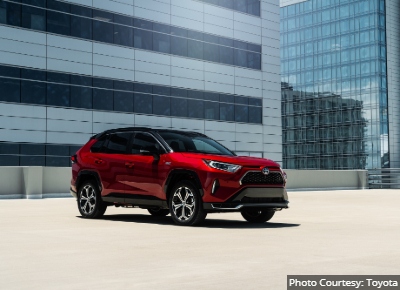 When Prius sales began to decline, battery-electric advocates could not have been happier. They assumed that the Prius sales had gone over to battery-electric cars like the Nissan Leaf and Chevy Bolt (the Model 3 had not yet arrived). While that was certainly true to some degree, the real answer as to where missing Toyota shoppers went was to other Toyota models.

The Prius decline in sales and the ramp-up of the popularity of the outstanding Toyota RAV4 Hybrid and RAV4 Prime plug-in hybrid-electric vehicle coincide perfectly. As the buying public who leaned green starting to look at crossovers for their versatility, Toyota already had the solution at hand.

The RAV4 Prime and RAV4 Hybrid enjoy sales in America on a scale no other green crossover does. The pair offer buyers a very wide range of prices and capabilities, and all of them have both a spare tire and all-wheel drive.

The Takeaway: Shoppers who like the idea of a Prius but want a crossover buy RAV4 Hybrid and RAV4 Primes. Why not join them? 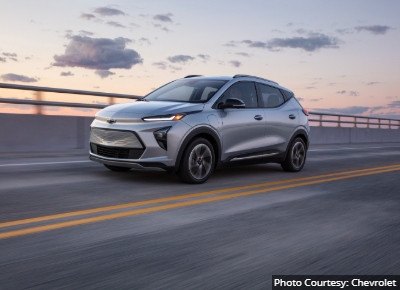 As this is written, the folks at GM are struggling with battery issues, and every Bolt has been pulled from sale. We sincerely hope this issue passes and the Bolts return to the marketplace.

Like the Prius, the Bolt has an outstanding reliability record.

Unlike the Prius, we find the Bolt and Bolt EUV to be very enjoyable to drive in all situations. The all-electric torque of the pair makes them perfect for inner-city point and shoot driving, and their added matter mass makes them feel solid on the highway and on back roads.

The Bolt and Bolt EUV also have the best infotainment systems in the industry.

The Takeaway: The Bolt and Bolt EUV offer an all-electric option that Toyota has so far refused its shoppers. 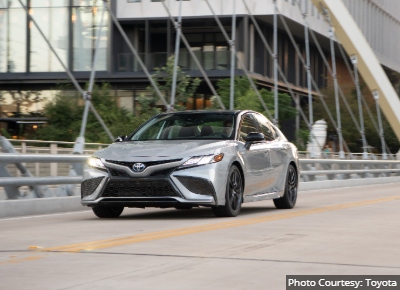 If you really wish to stay with a green car and not a crossover, but the Prius’ quirky look turns you off, don’t leave the Toyota family.

Both the Corolla Hybrid and Camry Hybrid offer everything that you can find in a Prius Hybrid in more traditional clothing. We won’t embellish the point.

Also, you can expect the same great reliability ratings as the other Toyota models listed above.

The Takeaway: Don’t forget that you can get a Toyota hybrid car in many styles other than a Prius.

The vehicles most closely matched to the Toyota Prius are the Hyundai Ioniq and Kia Niro. Differences between the Kia and Hyundai copies of the Prius include a different transmission and better infotainment.

Is Toyota discontinuing the Prius?

Toyota has not announced any plans to discontinue the Prius. The Prius remains one of the top-selling cars of any type, green or otherwise. There are numerous brands that don’t have a single car model that sells as well as the Prius.

Is the Toyota Prius the worst car?

Prius detractors think so. Many members of the driving public don’t see efficiency, safety, and reliability as positives.

What else do Toyota Prius owners drive?

We polled Prius owners within social media clubs and asked what else they owned. To our surprise, many own sports cars, muscle cars, and even diesel pickups. The Prius is often a role-filler in a family fleet.