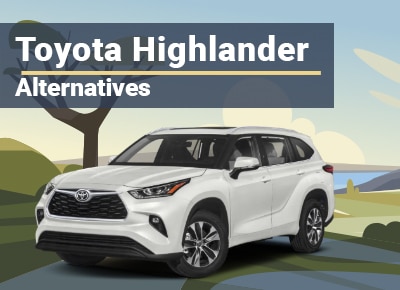 The Highlander was redesigned for the 2020 model year, but retained its popular mixture of midsize capability and comfort. The Highlander has a long list of standard features and good fuel economy for the segment.

Much of the popularity in the 2022 Highlander’s high sales are thanks to the Toyota nameplate and its reputation for reliability. Contemporary design and a versatile interior are also high points, as is the availability of a fuel-efficient hybrid.

The Takeaway: Drive quality and a small third row are the most glaring weaknesses for the Highlander. 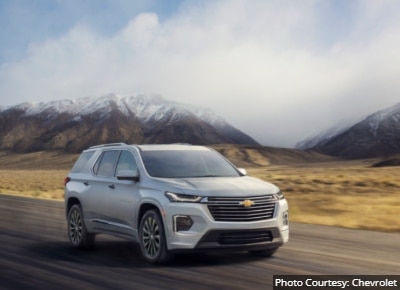 The 2022 Traverse is a smart midsize offering in the SUV segment of three-row options. It has generous passenger space in all three rows, drives well, and includes one of the best infotainment systems on the market. It was refreshed for the 2022 model year with a bolder look and upgraded infotainment. With seating for seven or eight, depending on configuration, the Traverse also offers ample rear cargo space and a much larger overall interior compared to the Toyota Highlander.

Drive quality in the Traverse is not terribly engaging, but it is peppy thanks to its smooth V6 and well-tuned nine-speed automatic transmission. The fuel economy is below par for the class, however, and the Traverse’s warranty is only average. 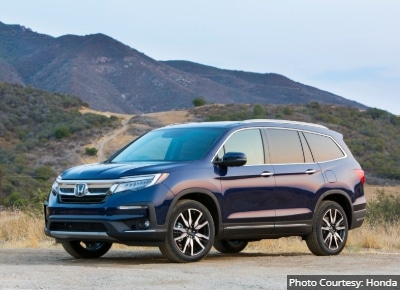 The Pilot is the steadfast three-row option in Honda’s lineup. Most well known for its versatile interior design, smooth ride quality, and excellent all-weather driving capabilities, the Pilot isn’t as large as some rivals. It does, however, feature a third row that is roomier than that found in the Highlander and a lot of smart storage solutions throughout its cabin.

Access to the third row can be tricky, though, and cargo space is limited compared to most of the others on our list here. The Pilot is more expensive at its base level, but comparable at mid-range buying levels where most people purchase. The Pilot’s warranty is also only average. 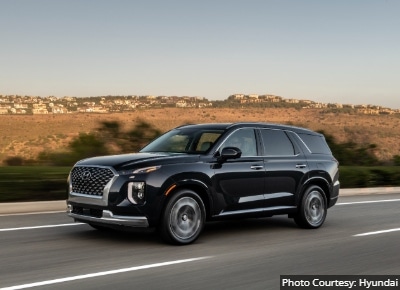 Hyundai entered the three-row SUV market with the Palisade in 2020 and hit a solid third base run. The Palisade features a large interior, plenty of technology features, and an adult-usable third row. What’s more, it drives like a smaller vehicle with good visibility and maneuverability. Compared to the Highlander, it’s heads and shoulders.

Where the Palisade misses, though, is in its price point and fuel economy. Aside from having no hybrid option, its EPA rating (in the above chart) is barely realistic for the real world. It’s also not quite as smooth on the highway as is the Highlander. But for the price and roominess, it’s very competitive. 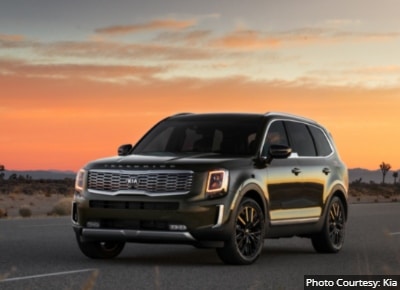 Probably our top pick of this bunch, the Telluride was introduced in 2020 and launched the ball right out of the park. This Kia is now the benchmark for the three-row crossover-SUV class. It includes an impressive list of standard features, the largest interior on our list, an adult-usable third row, and great styling. There are a lot of things to love about the Telluride, including its impressive fuel economy and an excellent warranty.

The Telluride’s main downer is in interior storage, which is not as smartly done as it is with some rivals like the Highlander. This affects daily usability, but probably not enough that most buyers would call it a deal-breaker. With above-par cargo space, seating for seven or eight adults, and smooth ride quality, the Telluride is a solid choice.

What can I buy instead of a Toyota Highlander?

There are several options in the Highlander’s three-row segment. Our favorite is the Kia Telluride followed by the Hyundai Palisade.

What is more reliable than a Toyota?

Going by manufacturer’s warranties, which are (in our opinion) the best metric for expected reliability, both Hyundai and Kia have far better reliability than does Toyota.

What is the average price for a three-row SUV?

The average three-row crossover or SUV has a starting price of about $35,000 and a mid-range or average price in the low $40,000s. Most on our list average $40K-$41K in average purchase price.