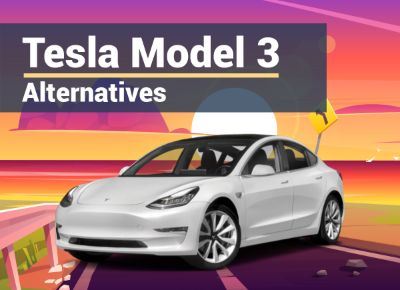 Sales of the Tesla Model 3 have consistently topped 15,000 units each month since April of 2022 and ended the year with a tally of around 200,000. It clearly holds a commanding lead among its under-$50,000 mid-size sedan and hatchback EV competitors, which have been few until recently.

Consequently, it has garnered most of the attention in its segment, leading many to believe it is the only affordable EV worthy of our interest.

Each of the four models in this matchup with the Model 3 presents performance, content, and safety features that rival Tesla’s. They all deserve a closer look.

The Takeaway: The competition in the EV market space has intensified, giving shoppers some very viable new alternatives to Tesla’s dominance. The mid-size EV sedan and hatchback offerings point to an all-out effort to capture a share of the burgeoning audience that’s ready to ditch their internal combustion engine vehicles for an emission-free alternative like the Model 3. 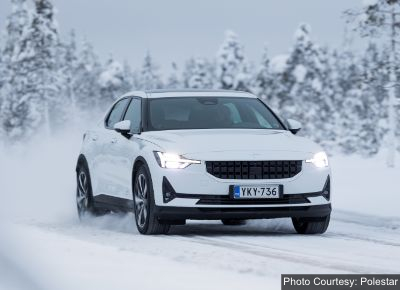 Polestar may seem like an unfamiliar, new automaker to many shoppers, but the Volvo sub-brand traces its beginnings to a Swedish performance racing team from the 1990s that re-engineered Volvos to compete in the Swedish Touring Car Championship. Fast forward to 2020, and this limited-production performance brand turns up the volume with the Polestar 2, its first mass-production model and, coincidentally, the first all-electric vehicle from Volvo.

To be clear, this five-door liftback should be considered more an upmarket compact executive car than an uber-economical electric car for the masses but given the broad success of the Tesla Model 3, which, at a similar price point, seems less dressed to impress, the Polestar 2 has the credentials and curb appeal to potentially take a fair chunk of the market.

However, what throttles back expectations is the dilemma posed by having to choose between a sluggish 231-horsepower FWD entry-level single-engine model that provides a comfortable 270 miles of range, or a zesty 476-horsepower Performance Pack-enabled AWD dual-motor model that reduces the range to 260 miles. (Ed. Note: a limited-edition, high-performance BST model is excluded here because of scant availability.)

Consequently, one needs to look at durability, luxury, and build quality. Here Volvo steps out ahead of the Model 3. The interior is far from feeling cluttered, though it’s not as minimalistic as the Model 3. The vibe borrows some from Volvo DNA, and true to its sustainability goals, the Polestar 2 offers a vegan interior. It is also the first vehicle to employ the Google Android Automotive operating system, which expands on Android Auto infotainment functionality to include navigation and messaging while not relying on a smartphone for operation.

The Takeaway: Once the focus on range subsides as the one thing that matters, the Polestar 2 is well positioned to attract buyers shopping in the $50K EV market. Though its range is decent, look to its other attributes for its real value as a rival to the Model 3. 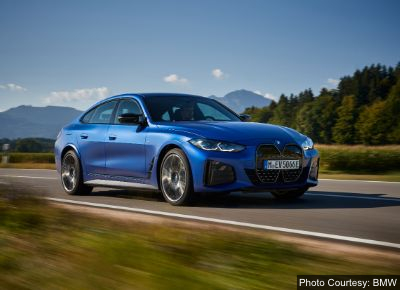 For the performance enthusiasts who have decided to eliminate gasoline from their vehicles’ diets, the BMW i4 presents a very satisfying choice in this EV competition with the Model 3. It’s hard to say how much of the performance aspects of the i4 can be credited to BMW’s participation in Formula E racing (it left the all-electric motorsport in 2021 after seven years as a founding competitor), but this emissions-free sedan with coupe styling suggests that the automaker must have learned a thing or two.

Offered in single-motor rear-drive and dual-motor all-wheel-drive variants, the i4 clocks zero-to-60 mph times as fast as 3.7 seconds in its 536-horsepower M50 form. The new-for-2023 entry-level eDrive35 model manages 5.8 seconds for the same off-the-line sprint, restrained by its cost-effective 282-horsepower electric motor that’s coupled with a smaller battery than its siblings. The eDrive40 raises the rear-drive configuration output to 335 horsepower.

Notwithstanding those figures, BMW brings it all to the competition – luxury, drivability, and technology. Power front sport seats provide confident support across the lineup, while the adaptive suspension and variable sport steering found in the M50 bring the experience to another level. The new “Live Cockpit” employs a curved display that spans two-thirds of the dashboard, incorporating a 12.3-inch instrument cluster and a 14.9-inch infotainment touchscreen with a touchpad controller on the console.

The Takeaway: Unquestionably competitive from a performance perspective, the i4 nudges ahead of the Model 3 with sublime measures of elegance and refinement.

You may qualify for deals and incentives, check out this month's BMW deals. 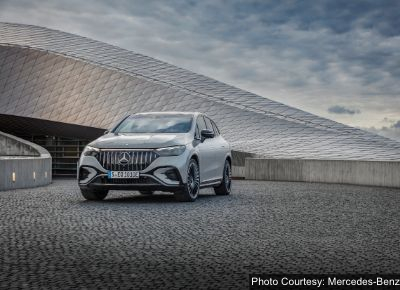 The Mercedes-Benz EQE is positioned in the marketplace a step higher than the others in this group of competitors. More than a Tesla Model 3 but less than a Model S, it deserves mentioning if only to cross-shop with the class above.

First off, it’s an all-new 2023 model for Mercedes-Benz that will launch with a single rear-mounted motor making 288 horsepower. It’s a bigger vehicle than the others in our comparison, with a much longer wheelbase, hence more room, and it weighs anywhere from 500 to 1500 lbs. more. The $74,950 base price for the entry-level EQE 350 floats just above a loaded BMW i4 M50. Meanwhile, a dual-motor EQE 500 4MATIC is set to launch in early 2023 with a mid-$80K sticker price. Output is expected to hit 402 horsepower. (Ed. Note: a six-figure ultra-performance AMG version is also planned.)

The EQE speaks the language of Mercedes luxury with standard features such as a 15-speaker Burmester audio system, a panoramic sunroof, and heated and ventilated front seats. Opting for the dazzling ‘Hyperscreen’ swaps the standard 12.3-inch infotainment touchscreen for an eye-popping 56-inch, single pane, a full-dashboard panel of displays that incorporates a 12.3-inch gauge cluster screen, a 17.7-inch central touchscreen and a 12.3-inch screen for the passenger.

The Takeaway: If one is shopping for an EV on a Model 3 budget, then the EQE is more than one may be bargaining for. However, it does fill the gap between Tesla’s Model 3 and Model S, offering comparable range and power in a finely crafted emissions-free vehicle.

You may qualify for deals and incentives, check out this month's Mercedes-Benz deals. 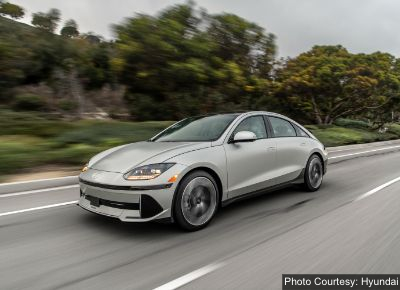 We don’t have the full picture yet on the all-new Hyundai IONIQ 6, but from what we’ve been able to discern following its preview at AutoMobility Los Angeles in November 2022, the 5-passenger sedan rides on the same platform as the IONIQ 5 SUV, though it’s designed a bit differently to satisfy a different lifestyle.

Set to go on sale in spring 2023, the IONIQ 6 has an estimated maximum range of 340 miles and will top our list for speedy charging with the capability of zapping the batteries from 10% to 80% in just 18 minutes. Since its platform can accommodate both RWD and AWD configurations (as demonstrated by the IONIQ 5), the IONIQ 6 will arrive in showrooms equipped with either a 225-horsepower single rear motor or a 320-horsepower dual motor setup.

The streamlined body of the sedan accounts for a remarkable 0.22 drag coefficient, which points to getting very competitive fuel efficiency ratings. Inside, the look is uncluttered but not stark, with a prominent modular touchscreen dashboard that incorporates both the 12.3-inch digital cluster display and the 12.3-inch infotainment touchscreen under a single pane of glass. In addition, the model is the first Hyundai to come with Over-The-Air firmware update technology to wirelessly upgrade performance firmware, as well as navigation and multimedia software.

The Takeaway: Provided that Hyundai meets productions schedules and performance targets for the IONIQ 6, come spring 2023, the Tesla Model 3 may go head-to-head with its most formidable challenger to date.

What vehicle is the best alternative to the Tesla Model 3?

The answer will be based on your specific needs and lifestyle. A comparison such as this one offers a starting point for your research by narrowing down the choices in the growing marketplace of electric vehicles to a handful of close competitors based on key factors. We recommend starting with the Polestar 2.

What should I expect to pay for a new all-electric vehicle such as a Tesla 3?

Finding an EV priced under $50,000, such as an entry-level Tesla 3, has become easier as more automakers have launched competitive EVs in the last couple of years, with more on the way in 2023. Keep in mind that many will be eligible for tax refunds that will save a buyer thousands of dollars.