Commuters trust their vehicles to be reliable, fuel-efficient, safe, and comfortable during mundane slogs in traffic. These are the attributes that we look for in a best commuter vehicle as well. We won’t dwell on the size and shape of these vehicles, but we will offer commuters a selection from which to choose.

Our safety score takes into account the Consumer Reports reliability ratings for the years listed, as well as the 2021 J.D. Power Vehicle Dependability Study score for the brand.

For our list, we will look at used vehicles between four and six years old. 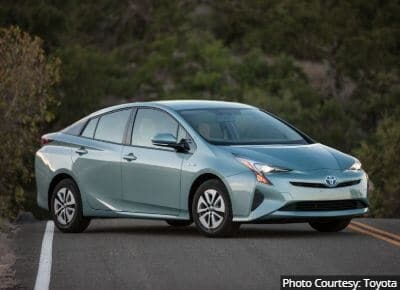 Given our three main criteria for selecting a great commuter car of reliability, annual fuel cost, and safety score, there is no better commuter car than the 2015-2017 Toyota Prius. All three years scored the highest possible Top Safety Pick Plus rating from IIHS. Consumer Reports scores each year a perfect 5/5 for reliability, and Toyota’s J.D. Power Durability score is close to the top of all brands.

While the Prius is not our first choice for a weekend fun car, it is much more enjoyable to drive than its detractors claim. Consider that the Prius can match a Chevy Colorado Duramax pickup or Subaru Crosstrek in a stoplight sprint, and you get the picture. The Prius is not a hot-rod, but it is just as quick as many popular models and handles better than they do.

The Prius is also blessed with ample cargo room and a modern interior design. The Prius is surprisingly large inside for its outside dimensions. This means that even taller or larger drivers will find the Prius comfortable. In stop-and-go traffic, the Prius will often use only electricity for propulsion. That makes it a silent vehicle in which to manage the stress of a tough commute. 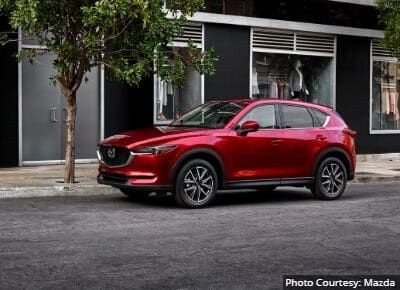 Although the Toyota RAV4 and Honda CR-V are popular picks for small, five-passenger crossovers, neither matches the 2015-2017 Mazda CX-5 for safety in the model years we are considering, and the CR-V’s reliability scores are lower.

The Mazda CX-5 is also often the reviewer’s choice for driving satisfaction. Mazda combines sporty handling with comfort in a way that no other small crossover in its price range does. Mazda also packs a lot of modern features into its top trims, particularly in the 2017 model year. Features like a head-up display and adaptive headlights are available from Mazda, but not competitive models.

One thing we like about the CX-5 is that it scores a perfect Top Safety Pick Plus from IIHS. That means if you pass your commuter vehicle down to a child, you are giving them the safest possible vehicle. 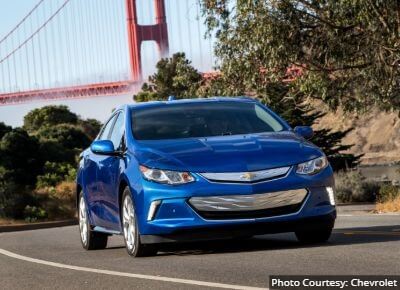 The Chevy Volt is an extended-range electric vehicle (EREV). Think plug-in hybrid. Most owners primarily operate their Volt as an EV, though on trips longer than around 40 miles, the Volt reverts to gas-powered operation and remains super-efficient.

The Volt has solid reliability scores. It also is a Top Safety Pick or better in many of its model years. With an annual energy cost estimate of just $700, the Volt remains one of the least expensive to operate vehicles ever made in this regard.

Be aware that the Volt changed generations starting in 2016. The 2015 Volt remains one of our picks because it may offer buyers a much lower price point. 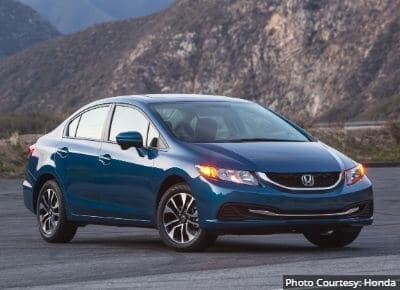 Those used commuter car shoppers looking for a gem at a low purchase price should consider the 2015 Honda Civic sedan. That particular model year was the last of its generation, earned a 5/5 reliability score from Consumer Reports, and a Top Safety Pick designation from IIHS.

The 2015 Civic is an enjoyable car to drive. This is not the sporty Civic, but in our opinion, it is the better option for commuting. Some Civics of this model year had a stick shift transmission. While we are fans of manual transmissions in sports cars, we suggest avoiding that feature in a used commuter vehicle.

What is the best used commuter car to buy?

What is the most reliable commuter car?

The Toyota Prius tops our list as the most reliable commuter car. The Prius has a long legacy of reliability excellence. Consumer Reports list the Prius as having a perfect 5/5 reliability score in model years 2010-2020.

What is the best used crossover for commuting?

The Mazda CX-5 is the surprising answer. The CX-5 scores higher than the RAV4 and CR-V in safety and reliability from 2017 through 2015.

What is the best used electric vehicle for commuting?

The Chevrolet Volt has solid reliability scores. It also is a Top Safety Pick or better in many of its model years. With an annual energy cost estimate of just $700, the Volt remains one of the least expensive to operate vehicles ever made in this regard.