The Best (& Worst) States to Drive In 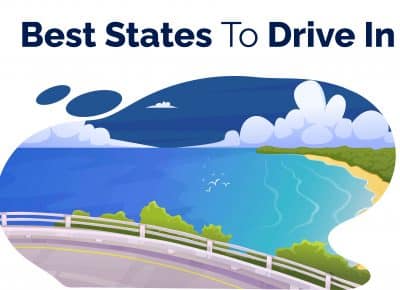 Driving through the winding roads of the fifty states should feel like an adventure in itself. It doesn’t matter if you are heading off on vacation or simply making your daily commute, the everyday driving experience should be fun, but more importantly, it should be safe.

Having said that, the driving experience and costs vary widely from state to state. California, for example, had 3,316 fatal car crashes in 2019, which led to 3,606 deaths. That means that driving on the West Coast can feel more than a little dangerous than driving on the East Coast.

The Best States to Drive In

In order to ascertain which state is the best to drive in, each was studied using the following factors:

When the accumulated data was perused and carefully examined, three states immediately stood out. They were Vermont, New Hampshire, and Maine.

Vermont has around 44 fatal crashes every year. This is the lowest mortality rate in all fifty states.

Overall driving experience and road quality ensured that Vermont also scored highly, as it has 831 EV charging stations, making it incredibly EV friendly, and the cheapest car insurance premiums of any state with an average rate of $1,158.

The Worst States to Drive In 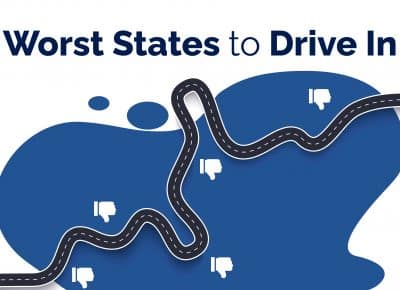 Surprisingly, given its stringent safety laws and meticulous attention to the well-being of road users, California has the highest number of accidents and the highest fatality rate, while Texas isn’t far behind with a record of 3,264 deaths per year.

Texas, however, doesn’t make it into the top three worst states to drive, due to the relatively low cost of driving for motorists and low road congestion. Insuring a car in Texas will cost you $1,875 on average, but in California, that number jumps to $2,115.

The second worst state to drive in is Louisiana. Although their recorded fatal crash numbers were a relatively low 681, it will cost on average $2,546 to insure your car in this state. This is the second-highest insurance premium rate in the country.

The highest insurance premium rate is in Florida, and fully comprehensive insurance (which you’ll need if you’re going to cover all of your automotive bases while driving in the sunshine state) costs an average of $2,560. That means that, statistically, Florida is the third worst state to drive in and has, on average, around 2,950 fatal crashes per year. The only reason  Louisiana pipped Florida and took second place is entirely due to the state's population density.

Louisiana has a population of just 4,682,633 which makes the total fatalities of 681 a staggering figure in comparison to Florida’s population of 22,085,563.

What Is The Best State to Drive In?

Although some states have more deaths per year than others, the insurance premiums take the overall population of that state into account when deciding and determining what a policy should, and will, cost. This explains why Louisiana's insurance premiums are so high and is another factor that helped to determine why it appears in second place.

That means, the best states to drive in are Vermont, New Hampshire, or Maine. For low stress, low cost, and a safe driving experience, these states are the best to vacation in or relocate to.