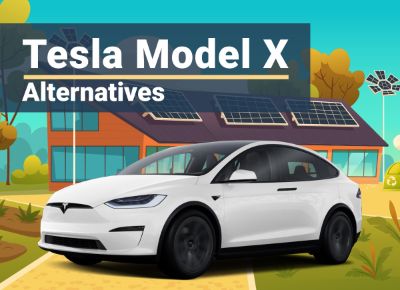 The Tesla Model X established a high benchmark for all-electric luxury SUVs when it was introduced in the fall of 2015, despite there being little-to-no direct competition at the time. Since then, the high-end EV utility vehicle market space has become increasingly crowded as automakers have begun more earnest efforts to shift to electrified vehicle lineups.

Nevertheless, there are still important things that set the Model X apart from its rivals even while the achievement gap continues to narrow. As more buyers awaken to the prospect of owning an electric vehicle and want more than just basic transportation, plenty of range, and quick refueling, does the Model X maintain its edge?

The Takeaway: For most car buyers, the electric vehicle marketplace is still unchartered territory. Even so, Tesla has led the way with innovation, efficiency, and a clear purpose. The Model X is a prime example of this effort, whether one considers the cutting-edge design features, performance, extensive driving range, or accessibility to charging. Coming on fast, though, are competitors across the spectrum. 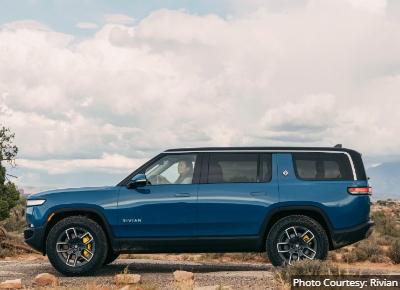 While not a well-established name brand yet, Rivian has been working quietly in the background for over a decade to develop its all-electric R1S SUV. What has emerged is a compelling adventure-ready utility vehicle that measures up to the Model X in many ways, while delivering a totally different experience.

For starters, the R1S has the more traditional SUV box-like shape giving it lots more room for everything – over 104 cubic feet with the rear seats folded flat. With the seats up, it accommodates up to seven passengers in three rows. Overhead, an all-glass roof lets the sunshine in, or the panoply of stars on a clear night.

When venturing off-road, the R1S can wade in over three feet of water and provides up to 15 inches of ground clearance courtesy of its adjustable air suspension system. Plus, if planning to tow a camper, it’ll handle up to 7,700 pounds without breaking its back.

The base MSRP starts well below the Model X figure, but because of the nearly 6000-pound curb weight of the R1S, there’s a price to pay in efficiency. The EPA rates it at 69 mpge, which will still save money over a comparable gasoline-fueled vehicle but is off the mark with the others compared here. Nevertheless, there’s plenty of power to enjoy with a net 835 horsepower coming from its four electric motors, each positioned at one of the wheels, and driving range is right up near the top with 316 miles estimated on a full charge.

The Takeaway: Rivian has come at the all-electric luxury SUV experience in a totally refreshing way offering a true off-road capable vehicle in the R1S that’s quick, efficient, and well-equipped as well as upscale and enviro-friendly. Want vegan leather seats? The Rivian R1S has them. 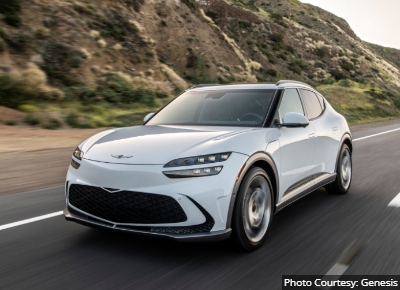 It would be easy to think that with a starting price under $60,000, the GV60 would be no match for the Model X. Well, likely or not, Genesis has found a way to turn that kind of thinking on its head. No, you’re not going to get the 1,020 horsepower of the Model X Plaid edition, but do you really need more than the 429-horsepower output of the GV60 Performance model?

With combined city/highway fuel economy rated as high as 95 mpge, a plush, thoroughly modern cabin, and advanced driver convenience technologies such as facial recognition to easily start the vehicle, the GV60 puts the Model X on notice. If there’s anything soft about its challenge, it would be the 248-mile driving range on a full charge. On a practical level, that’s more than enough to ease anxiety for most daily driving, but it does fall short of the competition in that category.

Look beyond that shortcoming, though, and be rewarded with the GV60’s comprehensive range of advanced collision avoidance technologies including a blind spot view monitor that flips a gauge in the cluster into a circular side-view display, and remote smart parking assist that will allow driver and passenger to exit the vehicle, then park it. Great for tight squeezes.

The Takeaway: In many ways, the all-new Genesis GV60 has all the right stuff to dominate the luxury crossover/SUV market. It’s really a question of whether good looks, elegance, remarkable technology, high performance, and superb efficiency is enough to overcome unwarranted fears of being stranded with no way to charge. 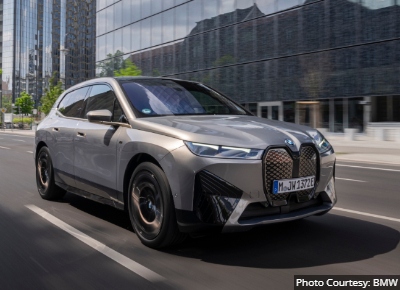 Of all the vehicles in this luxury electric SUV comparison, the BMW iX competes most closely with the Model X in performance, style, and price. Nevertheless, some of the differences are not so insignificant. Most observably, the iX is a five-passenger SUV, while the Model X seats seven.

Obviously, that’s not much of a deal breaker unless one is specifically looking for a van-like people hauler. It does point to the question of cargo space, though, and here the Model X does have the edge with 91 cubic feet of storage, including a 6.6 cubic foot front trunk available in 7-passenger editions (in the 6-passenger Model X, the 2nd-row captain’s chairs don’t fold flat). Even so, the iX is not exactly space stingy, offering 77.9 cubic feet with the rear seats down.

Where the iX really shines is where BMWs have always maintained a good reputation – elegance and performance. Not only is this SUV’s interior spacious, but its uncommonly comfortable and quiet. Quad-zone climate control is standard, while available driver conveniences abound. They include an impressive dashboard layout that incorporates a 12.3-inch gauge cluster display with a 14.9-inch infotainment touchscreen (iDrive 8), wireless device charging, and a host of collision avoidance and parking assist technologies.

With a new iX M60 edition coming online for the 2023 model year, buyers can opt for a 610-horsepower full-on performance-oriented model versus the standard 516-horsepower iX xDrive50.

The Takeaway: If elegance is driving one’s purchase, the BMW iX does not disappoint. In many ways, BMW is laying down the de facto standard for the quintessential 5-passenger all-electric luxury SUV. 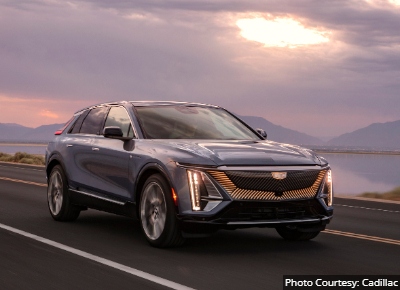 Cadillac’s venture into the brave new world of all-electric vehicle manufacturing with the 5-passenger LYRIQ crossover/SUV should not come as a surprise, given that parent corporation GM has been supporting EV engineering and development for over a decade through its Chevrolet division. The LYRIQ, however, marks the first production vehicle to be built on GM’s BEV3 dedicated electric vehicle platform and reportedly uses no pre-existing GM parts.

On that point, it's very evident that the interior of the LYRIQ stands on its own merits. The driver-centric cockpit incorporates a curved LED display spanning two-thirds of the dashboard, while the console sort of floats between the front seats. Technology such as Super Cruise clearly competes with the Model X’s Auto Pilot system, providing drivers with highly advanced hands-free driving assistance. Being a bit smaller than the others compared here, cargo space suffers somewhat, but passenger space remains competitive.

What sets the LYRIQ apart from the other SUVs in this list of alternatives is that its entry-level model employs a single motor driving the rear wheels. What’s appealing about this setup is that it allows 312 miles of range with 89 mpge efficiency, yet it takes just 6.5 hours to fully charge the batteries at home using a Level 2 system. That’s the fastest of all the vehicles in this group. An all-wheel-drive model is in the works.

The Takeaway: The name may be new, but the LYRIQ is built upon many years of electric vehicle development. It comes into the burgeoning all-electric arena utilizing a new fast charging Ultium battery platform. Overall, it’s somewhat smaller than the Model X but that has its advantages.

What vehicle is the best alternative to the Tesla Model X?

Although all-electric vehicles are not new to the marketplace, they are a new experience for most drivers. This comparison gives a starting point to research what luxury SUV EV will best meet your needs and expectations. As you find that out, you’ll discover the best vehicle for you. We recommend starting with the Genesis GV60.

No. There are more EV choices in the luxury vehicle marketplace than ever before. The range of prices to expect goes from $50,000 on up.

I have a small boat on a trailer. Can I tow them with an all-electric vehicle?

Certainly. Check the tow ratings for the vehicle you are considering and make sure it is capable of handling the weight of your boat and trailer. As with a gasoline or diesel-powered vehicle, you’ll see your mileage drop when towing.