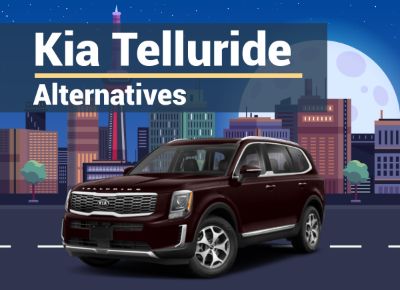 If an auto expert suggested ten years ago that Kia would reset the bar for the three-row SUV segment, it would have elicited more than a few laughs. Kia’s progress was steady in small quirky vehicles, but it hadn’t had a breakout hit with large vehicles. Yet.

Kia did reset the bar, and the Telluride has that special something. Drivers who think many full-size SUVs are too large say, “Hmm, I think that could work…” and drivers who don’t like compact SUVs say the same thing.

Here’s our take on vehicles we feel compete well with the Kia Telluride.

The Takeaway: The Kia Telluride is a very popular 3-row SUV, but finding a good deal may be challenging. 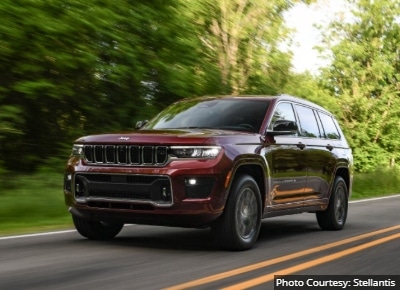 The Jeep Grand Cherokee has long been a favorite of reviewers and owners. The reasons why it is loved include its near-luxury accouterments and driving satisfaction, off-road capability, and variety. Now in a three-row, 2-3-2 or 2-2-2 seating layout, the lengthened Grand Cherokee L offers shoppers the best of what the model has always offered, but in a package that can accommodate a larger family.

After a complete redesign in 2022, the Jeep Grand Cherokee L gets some minor updates for the 2023 model year. These changes include a 30th Anniversary Edition with black out interior accents and the introduction of a plug-in hybrid (PHEV) edition.

You may qualify for additional deals and incentives, check out this month's Jeep deals. 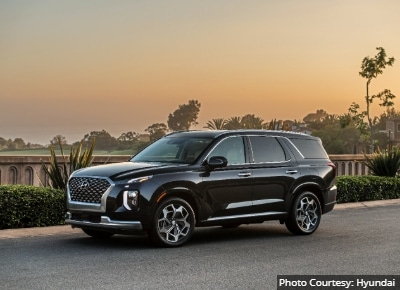 We won’t belabor the point that the Hyundai Palisade is this brand’s Telluride.

While the styling is unique to Hyundai, the basic mechanical aspects are the same or similar. Both vehicles ride on the same 114.2-inch wheelbase. However, the Telluride has a more aggressive look, while the Palisade aimed for a luxurious aesthetic.

So what does Hyundai offer that Kia does not? Again, three years of included maintenance.

For the 2023 model year, the Hyundai Palisade adds new driver assistance technology, including Remote Smart Parking Assist and Parking Collision Avoidance Assist. Also, the second-row gets side impact airbags for the first time.

The Takeaway: The Palisade is Hyundai’s version of the Kia Telluride and comes with included maintenance. 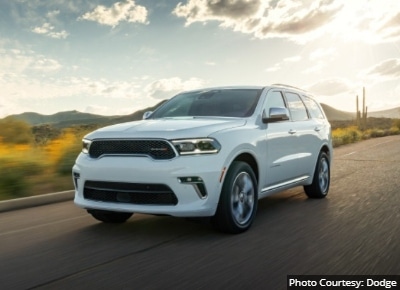 The Dodge Durango is similar in many ways to the Jeep Grand Cherokee L. Both are Stallantis brands and use similar engine and infotainment technology. That is pretty much where the similarities end.

What Dodge brings to the table is a high-performance option. Actually two options. Dodge is the muscle car fan’s alternative in this segment, with high-performance engines approaching 800 hp (not a typo).

The Durango is also a body-on-frame SUV that has a reputation for ruggedness combined with comfort for passengers.

The Durano brings back the popular supercharged 6.2-liter V-8 for the 2023 model year. Also, the Durango adds new Plus and Premium trims. Each of these new trims add leather upholstery, a power sunroof, and premium audio equipment.

The Takeaway: Those shoppers looking for a three-row SUV alternative to the Kia Telluride that really want a muscle car will find the Durango from Dodge is the ideal solution. 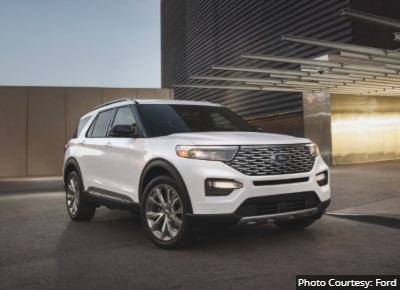 It would be unfair not to include the Ford Explorer in any three-row SUV comparison story. Ford arguably created this segment and has never stopped making Explorers. Ford also breaks the rules. The company has bounced back and forth between front-wheel drive layouts, rear-wheel drive, and even chassis designs. Today’s Explorer is built on a rear-wheel layout with a unique chassis design that adopts all of what Ford wants in a 3-row SUV.

Ford also offers outstanding EcoBoost turbocharged engines, a sporty ST option, and a hybrid in the current Explorer. Like Jeep and Kia, Ford is a leader in infotainment and constantly updates its vehicles to keep them modern and efficient. Interestingly, the Ford Explorer is also the safety leader in this segment, having earned the Top Safety Pick Plus rating from IIHS.

For the 2023 model year, the Ford Explorer get s wider grille as well as new chrome accents. Other updates include redesigned LED headlights and  21-inch alloy wheels. FInally, the Explorer gets wider taillights as well as Explorer lettering at the rear of the SUV.

The Takeaway: How can the safest and longest-running three-row SUV model of the modern age not be a consideration when shopping for a vehicle in this segment?

Which three-row SUV like the Kia Telluride offers the most cargo space?

Is the Kia Telluride bigger than a Ford Explorer?

Which other models compete with the Kia Telluride?

The Hyundai Palisade is the closest match to the Kia Telluride. The Jeep Grand Cherokee L, Dodge Durango, and Ford Explorer are all also very good alternatives.

Which three-row SUV is like a Kia Telluride but with better performance?

The Dodge Durango is the hands-down best-performance SUV with three rows. Dodge offers multiple trims that take the basic formula the Telluride uses and ramps up performance.

Are there any hybrids in the Kia Telluride’s segment?