Honda CR-V vs Honda Passport: Which Honda SUV Is Best? 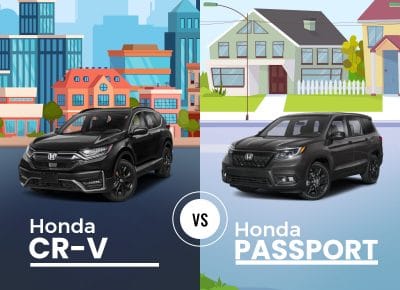 The CR-V is a mainstay in the American family car market, often being among the top sellers in the country overall. We know that the CR-V defines that segment, but what is this reborn Passport all about?

In this comparison and contrast, we won’t tell you which fits your lifestyle better, but we can break down the differences and similarities so you can decide. 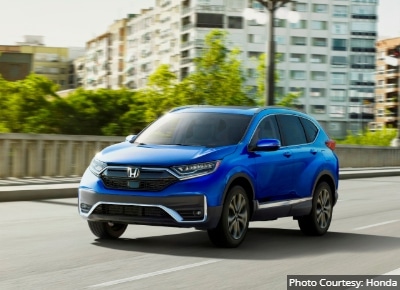 We like to construct the tale of the tape charts that accompany these stories because they separate fact from fiction. Honda markets the Passport as a larger vehicle with more off-road capability than the CR-V offers. We don’t argue that point. However, how much more room, and how much more capability does the Passport really offer?

The Takeaway: The Passport is bigger than the CR-V, but not by much.

What Is the Honda CR-V & Passport Designed For? 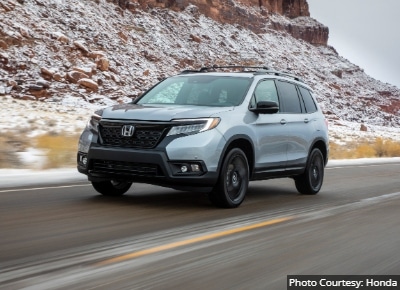 Honda has many peers that offer more and better off-road, soft road, and slippery road capability than its CR-V. The Subaru Forester is a beast compared to the tame CR-V in snow or when the kayak launch beckons. Subaru offers multiple snow modes for goodness sake. The RAV4 has two dedicated off-road trims. Mazda is launching an all-new model to take its CX-5’s ruggedness up a notch.

Rather than play this one-upmanship game with its CR-V, Honda opted out and created a new model to handle all of the off-road adventure duties that its brand’s shoppers might want to tackle. The job went to the Passport.

The Takeaway: Honda markets the Passport as a lifestyle vehicle with better off-road capabilities than the CR-V. However, it is no Wrangler or 4Runner. 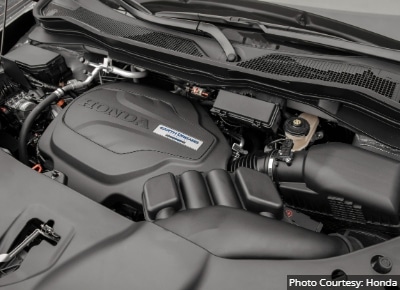 Under the hood of the Passport is a stout V6 engine. Every Honda owner knows and loves these great V6 engines until they try Honda’s great new turbocharged four-cylinder engines. Honestly, having driven both, we think both are quick enough and fast enough for the duties they are asked to perform.

One huge advantage of the CR-V hybrid compared to the Passport is that it has a 10-year fuel cost savings of a whopping $11,000. That is hard to ignore if you are a family shopper that just needs an SUV for occasional snowy roads. Additionally, the Honda CR-V has updated the CVT transmission and the all-wheel-drive configuration to make it a better overall road performer.

The one area the Passport stomps the CR-V is towing. The Passport can tow up to 5,000 pounds. The CR-V’s max rating is 1,500 pounds, and the CR-V Hybrids max rating is zero. So if you tow a small boat, a pair of snowmobiles, or a landscape trailer occasionally, the CR-V is likely less SUV than you really need.

The Takeaway: If you’re planning to tow, get the Passport. 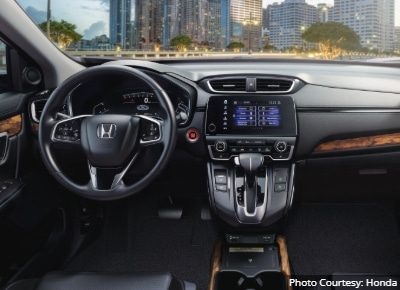 The bigger Passport has a lower IIHS safety rating than the smaller CR-V does. The CR-V is a Top Safety Pick, an award the Passport missed due to a small frontal overlap crash test that didn’t meet the “Good” level.

If you are shopping for the Passport over the CR-V for safety reasons, think again.

Both the Passport and CR-V average out to a ⅘ rating from Consumer Reports with regard to reliability. There is no advantage in this comparison.

Honda CR-V or Honda Passport, Which One Is Better?

Those towing may wish to consider the Passport with its 5,000-pound rating.

The Honda CR-V will appeal more to those looking for general family duties, and the Honda CR-V Hybrid is the green choice in this family.

Which is larger, the CR-V or Passport from Honda?

The Honda CR-V is among the largest vehicles in its segment. The Passport is a step up, but usable interior space and cargo space are similar to the CR-V.

Is the Honda Passport a good off-road vehicle?

The Honda Passport offers improvements over the Honda CR-V when the pavement ends. Multiple drive modes and a more robust powertrain mean it has more potential to get you where you need to go. However, don’t assume the Passport is in the same class as a Jeep Wrangler or Toyota 4Runner. Those vehicles are in a different segment entirely.

Which is safer, Honda Passport or Honda CR-V?

The Honda CR-V has a higher IIHS safety rating than does the Honda Passport.

What vehicles are competitors to the Honda Passport?

The five-passenger Honda Passport SUV is similar in many ways to the Subaru Ascent, Jeep Grand Cherokee, Chevrolet Blazer, and Ford Edge.