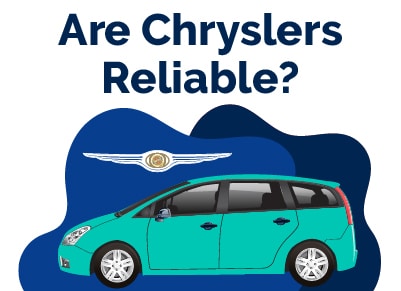 The number of queries and questions you’ll come across on the internet about Chrysler cars can discourage you from having anything to do with the brand. Are Chrysler cars that bad, or do they have a bad reputation? Are Chryslers reliable?

As a Chrysler user, there is no other way to say that Chrysler is reliable. Chrysler cars come with many issues that no driver will want to deal with like rust, oil sludges, and the fact that they break down a lot. These cars look like they are made from cheap materials that are not in any way reliable.

The Chrysler company doesn’t seem to be paying attention to the reliability of its car. However, we would love to point out a few good things about Chrysler cars. No matter how bad they seem, there should be something admirable about them.

Here are some important things you should know about Chrysler’s reliability before purchasing one.

It is painful to say, but the truth is that Chrysler cars are not reliable. Some reliability survey platforms might be generous enough to give Chrysler a nice rating, but they are not the type of cars I will recommend to a friend.

On RepairPal, Chrysler has a reliability rating of 3.5/5.0, ranking 11th out of 32 car brands. But, with how awful Chrysler’s designs and performance are, it is normal to wonder how they earned a gracious reliability rating like that.

However, we’ve noticed that Chrysler has moved up a bit in its reliability ratings with the release of recent cars. Boosting its overall new vehicle quality by 2%, is Chrysler’s advancement a major feat that should make them reliable?

This is because the Chrysler brand has recorded slight improvements over the past ten years.

Although Chrysler is still making single appearances on IIHS safety ratings, we believe this is better than in 2020, when no Chrysler car earned the IIHS top safety rating. Chrysler’s safety reliability performed so poorly that it discontinued many of its models.

Chrysler’s 300 Sedan, Pacifica, and Voyager Minivan are the only corporate users as fleet-only cars. Chrysler discontinued the consumer Voyager model in 2021.

There are many bad things about Chrysler cars, such as the cheap materials, poor quality, bad designs, and unimpressive durability. This has contributed to the poor sales of Chrysler cars in America.

Well, there are a few cool things about Chrysler cars. They look attractive on the outside. If you are concerned about looks and a bit of comfort, you may overlook the worries and get yourself a Chrysler.

Why Chrysler Is Considered Unreliable

Here are major reasons why Chrysler cars are unreliable:

1. Use of Cheap Materials

Chrysler is made by Fiat. Unfortunately, the Fiat company has a bad record in auto production.

One of the most annoying things about Chrysler cars is that they all look like they are made from cheap materials. From the interior designs to the overall engineering process, Chrysler seems to be cutting costs by using cheaper materials on its cars.

The interior designs and parts look like they are made from junk parts or cheap recycled materials. They are so substandard that you will hardly make out anything good for them. The exteriors are always catchy. Nice designs and breathtaking trims, but it’s a different story altogether when you step inside.

We noticed that the transmission easily spoils. This is a major setback for the Hemi engines used in these cars.

To compensate for the voltage difference, they introduced a ballast resistor. This combination will always cause many problems for users.

There is a high chance that out of 10 repair calls mechanics get in a day, Chryslers must be among them. Although the repair and maintenance costs of Chrysler cars are cheap, the frequency of damage is excessive.

It is surprising how Chrysler has remained in business, with the number of bad cars released to the market. However, Chrysler is doing well with some of its models. The Chrysler Pacifica has an impressive reliability rating for its safety features and crash ratings.

The Pacifica model has consistently earned the IIHS top safety pick rating (+) in 2018– 2022, except for 2020. We believe that the Chrysler brand can bounce back to making reliable cars.

This might require them to carry out surveys and gather data on user needs, pain points, and areas they need to improve their cars. They might consider an improvement in their engineering processes and design.

How long do Chryslers usually last?

Chryslers are not long-lasting cars. This is due to the numerous problems that the car comes with. Although the Chrysler brand is doing well with the Pacifica model, so you can expect the Chrysler car to last up to 200,000 miles.

Is Chrysler a good first car?

No. Chryslers are not good first cars, and we do not recommend them to anyone wishing to make their first car purchase. You will end up spending so much on repairs and maintenance and excessive ownership costs that you wish you never bought a car.