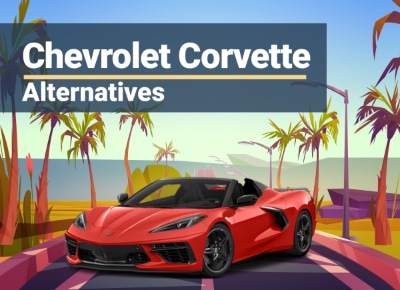 One of the reasons the C8 Chevrolet Corvette is so special and popular is that it offers stunning real-world performance with a relatively low base price.

Frankly, there are no other vehicles sold in the United States which offer the same combination of handling, acceleration, and speed for such a low price, but we picked two cars that offer a similar sports car feel along with two muscle cars that offer similar acceleration and top speed numbers.

The Takeaway: The only downside to the C8 Chevrolet Corvette is that they are very hard to find available for sale, and when you do find one, the odds are good that you will pay over MSRP. 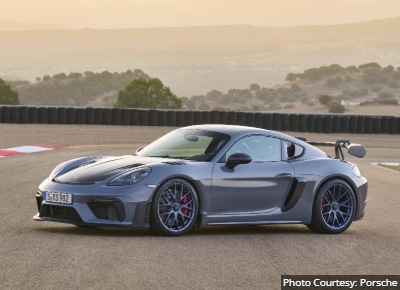 If you really want to enjoy the mid-engine sports car feel, the Porsche Cayman 718 is the best alternative to the C8 Chevrolet Corvette. The Cayman has a base price that is a few hundred dollars less than the Stingray while showcasing the premium feel, fit, and finish of a German luxury model. While the Cayman looks smaller than the Corvette, the Porsche actually offers around a half-inch more headroom, although the C8 offers more than an inch of extra legroom.

Where these two cars differ the most is in their powerplant. The Cayman 718 is powered by a turbocharged 2.0-liter Boxer engine which delivers 300 horsepower and 280 lb-ft of torque. That is a far cry from the 490 horsepower and 465 lb-ft of torque in the new Stingray, leading to big differences in real-world performance. The base Cayman takes 4.9 seconds to get to 60 miles per hour, and it tops out at 170 miles per hour. One key advantage of the Porsche is that it comes standard with a 6-speed manual transmission, whereas the Corvette is no longer offered with a third pedal.

The Takeway: The Porsche Cayman 718 offers the mid-engine feel and a similar starting price, along with the rare manual transmission option, but it is far behind the Corvette Stingray in terms of performance.

You may qualify for deals and incentives, check out this month's Porsche deals. 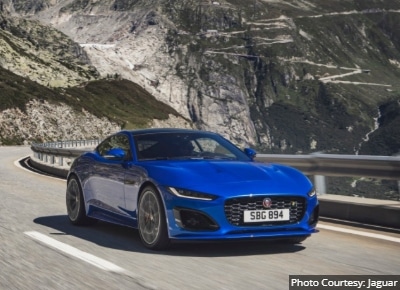 If you are less concerned about the location of the engine and most concerned with the roar of a proper V8 engine, the Jaguar F-Type is a great alternative to the Chevrolet Corvette. In its base form, the F-Type is powered by a supercharged V8 that delivers 444 horsepower and 428 lb-ft of torque. Like the Corvette, the F-Type is only offered with an 8-speed automatic transmission, and the base Jaguar comes with standard rear-wheel-drive, but it is heavier and slower than the C8. The F-Type P450 scoots from a stop to 60 in 4.4 seconds while on its way to a top speed of just 177 miles per hour.

Also, like the Corvette, the Jaguar F-Type has just two seats, but the cockpit is a bit smaller, with just 36.82 inches of headroom. That will make it a touch tighter for a taller driver, but that person will likely find the F-Type to offer a more luxurious feel throughout the cabin. The key downside to the Jaguar is that the added luxury comes with a price. The base F-Type starts at $72,450 – more than $10,000 than the base Corvette Stingray. However, when you add a few basic options to the Stingray, the prices quickly even out.

The Takeaway: If you want a two-seat sports car that packs a V8 engine and a lovely exhaust note, there are few options better than the Jaguar F-Type. On the other hand, the F-Type isn’t quite as quick or as fast as the Corvette, nor will it handle the curves as well as the mid-engine C8.

You may qualify for additional deals and incentives, check out this month's Jaguar deals and average prices paid. 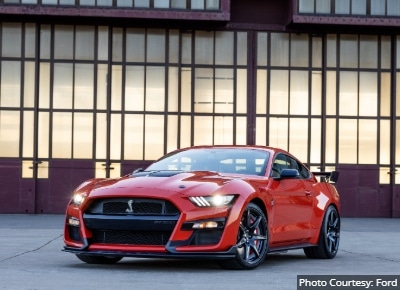 Comparing most versions of the current Ford Mustang to the Chevrolet Corvette Stingray is pointless, but the new Shelby GT500 offers similar real-world performance in a slightly roomier package. The GT500 is powered by a supercharged 5.2-liter V8 that delivers 760 horsepower and 625 lb-ft of torque, which is sent towards the rear wheels by means of a 7-speed dual-clutch gearbox. This drivetrain configuration allows the GT500 Mustang to sprint from a stop to 60 in just 3.3 seconds, but Ford opted to electronically limit the top speed to 180 miles per hour.

More importantly to many people, the newest Shelby GT500 offers incredible driving dynamics, with road handling capabilities that will rival the C8 Stingray better than any other car on our list.

Of course, the Mustang has a rear seat, so it has room for up to four people, but with 37.6 inches of headroom, the GT500 is a little tighter up front than the Corvette. Fortunately, the supercharged Ford makes up for that with a little more than an inch and a half of extra front legroom.

The biggest hit against the Ford Mustang Shelby GT500 is the price, which starts at just over $74,000. As mentioned above, the C8 Stingray with a few simple options quickly rises into the mid-$70,000 range, but when comparing the basic price to get into these two, the Chevy has a big advantage.

The Takeaway: If you want a daily driver that offers great road handling characteristics and the closest acceleration numbers to the Chevrolet Corvette, the Ford Mustang Shelby GT500 is a great option.

You may qualify for deals and incentives, check out this month's Ford deals. 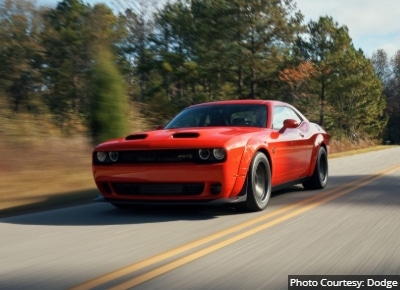 The Dodge Challenger is another model that cannot come close to comparing to the Chevrolet Corvette in most forms, but the SRT Hellcat is not most forms. For the 2022 model year, the “standard” Hellcat Challenger packs 717 horsepower and 656 lb-ft of torque, allowing it to move out from 0 to 60 in just 3.7 seconds with the 8-speed automatic transmission, although a 6-speed manual gearbox is standard. While the Hellcat is a touch slower to 60, it has an official top speed of 199 miles per hour, so it is a bit faster on the top end.

The key difference between the Hellcat Challenger and the Corvette Stingray is the weight of the two vehicles. The Stingray coupe weighs around 3,400 pounds while the supercharged Challenger weighs around 4,500 pounds. As a result, the big Dodge will not handle as well as the Stingray, but that shouldn’t come as any surprise.

What also shouldn’t come as a surprise is the fact that the Dodge Challenger SRT Hellcat has loads more interior space, with room for five people and lots more headroom for the driver. The Hellcat Challenger has a base price starting about $2,500 higher than the Stingray, but with the SRT Hellcat being a premium trim level, it comes with more standard features inside and out.

The Takeaway: The Challenger offers room for 5 people and it is one of the few on the list with a manual transmission option. It is also the most comfortable car on the list for daily driving, whether you have passengers or not.

What are alternatives to the Chevrolet Corvette Stingray?

Some notable models similar to the Chevrolet Corvette include the Porsche Cayman 718, Jaguar F-Type, Ford Mustang Shelby GT, and the Dodge Challenger SRT.

What are the 2022 Corvette Stingray trim levels?

The Chevrolet Corvette Stingray is available in 1LT, 2LT, and 3LT trim, with the Z51 Performance Package being offered for every trim level.

What is the price range of the Chevrolet Corvette Stingray?

What are the Chevrolet Corvette Stingray fuel economy numbers?

The 2022 Chevrolet Corvette is rated by the EPA as offering 16 miles per gallon around town, 24 mpg on the highway, and 19 mpg combined.

When was the current Corvette introduced?