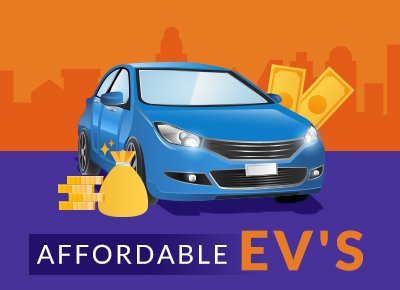 When it comes to affordable electric cars, the sticker price is only one of many factors to consider. Because electric vehicles represent a brand-new category in the automotive world, the purchase price is quickly transformed by federal tax credit available for some EVs, state-level incentives, and charging promotions (free fuel!) on offer. Talk to any EV enthusiast and you'll quickly be reminded to compare the total cost of ownership (TCO) of gasoline vs. electric models, rather than what you see on a new car's window.

As such, it’s not always easy to qualify what’s affordable by MSRP alone. In 2021, those lines could become even more blurred, as new models stoke competition in the category, exert downward pressure on prices, and increase the incentives available from automakers who have only dipped their toes in the all-electric segment to date.

This article looks at the manufacturers and models to watch next year if you’re in the market for an affordable electric car in 2021.

There are plenty of all-electric models slated for launch over the next 12-18 months, but not all of them will be accessible to regular consumers. In mid-2019, the average price of a new car purchased in the US was $36,718 according to Kelly Blue Book. It has to be acknowledged that many of the best electric vehicles currently come in significantly above that average.

RELATED: Switching to an Electric Vehicle (What to Consider)

Nonetheless, if we take that below $40,000 price point as our criteria for affordability, the following EV models emerge as compelling options to watch in 2021:

Here’s a closer look at each of these affordable electric cars and why they might be right for you in 2021. 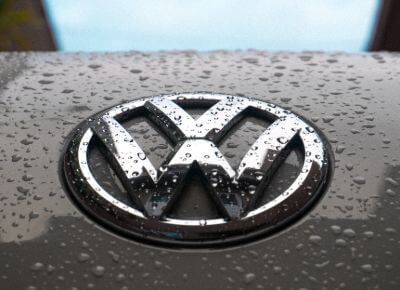 Let’s start with a brand-new model that has the potential to catalyze a whole new wave of EV adoption: the 2021 Volkswagen ID.4. Heavily rumored for years in the wake of VW’s Dieselgate restructuring, the ID.4 was finally unveiled for the U.S. in September 2020. It stands out as not only the German automaker’s first serious all-electric entry into the North American market, but as the most credible contender to take on popular gasoline crossovers like the Toyota RAV4 and Honda CR-V.

Why? In three words: space, performance, and affordability.

Given this article’s focus is the latter, let’s consider how the ID.4 delivers on price alone. First off, Volkswagen qualifies for the full federal tax credit in place for electric vehicles. You can read more about existing EV incentives here, but suffice it to say that if you have a big tax bill, buying an ID.4 will wipe $7,500 off what you owe when April rolls around. Other prominent EV models on this list, such as those from any General Motors brand, can’t make that claim.

Furthermore, if you can hold off buying your next vehicle until Volkwagen’s Chattanooga, TN plant starts production in early 2022, you could save even more money. VW estimates that a smaller battery pack and cost savings will see US-built ID.4 models being at $35,000, which after incentives makes that $25,000 electric car for the masses a lot closer than some prominent industry figures believe! 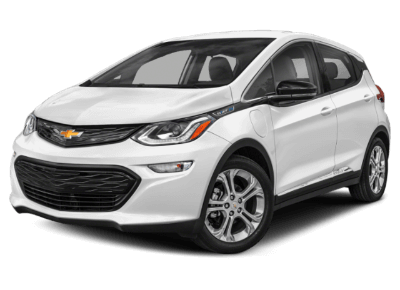 The Chevrolet Bolt EV has been around for five years now, during which time it has solidified its position as the most affordable electric car on the market. Despite running out of federal incentives early in 2021, GM has continued to offer substantial discounts on its only remaining all-electric option. This means the MSRP of $36,620 is misleading, with most buyers securing deals significantly below $30,000.

In some cases, new owners report getting into a Bolt EV for less than $25,000, or leasing for around $150 per month, which aligns with some of the best deals we see on any car, regardless of fuel type. Factor in fuel savings, a very lean maintenance schedule, and state rebates that are still available to Bolt EV buyers, and the car becomes the only affordable option currently available on dealer lots across the United States.

Potential buyers should remember that the Bolt EV’s design is now dated, leaving charging speeds feeling sluggish and interior design awaiting a refresh ahead of the 2022 model year. However, at the price point discussed above and with new Chevrolet electric models likely to keep those prices in place for at least another year, the Chevy Bolt EV represents the most affordable electric car on the market in 2021. 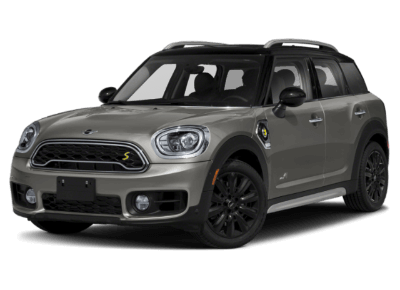 With a battery pack half the size of many on this list and an EPA range rating of only 110 miles, some will question the inclusion of MINI’s latest all-electric offering in this article. Our reasoning? The MINI Cooper SE starts at $29,900 and has every incentive going still available to slash that price further still!

Granted, an all-electric compact hatchback with limited range isn’t going to be for everyone. However, as a local commuter or second car to zip around town, an electrified MINI for less than $20,000 is the very definition of an affordable electric car.

For the money, you get a car with pep, personality, and the classic styling of a model that many people love. It zips from 0-60mph in under 7 seconds and has all the design cues that attract buyers to the MINI brand in the first place. With CCS fast charging also equipped and a charge rate of 50kW to juice the car up to 80% in under 30 minutes, some might even venture beyond the local limits that this model’s range suggests.

The MINI Cooper SE is not for everyone, but very few all-electric competitors will be able to beat this reimagined classic on price alone. 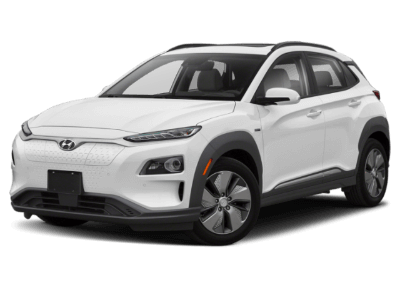 The Hyundai Kona Electric stands as the only model on this list with a directly comparable combustion equivalent available. While the MINI Cooper SE has numerous gasoline siblings, the EV option’s shorter range makes it a different proposition to those cars.

The Hyundai Kona Electric has no such limitations, falling as it does right next to the upgraded Chevrolet Bolt EV in terms of range.  That means 258 miles on a single charge according to the EPA, but owners know that Hyundai is frequently considered the efficiency king among electric vehicles that don’t begin with a “T”. The Kona Electric is no exception, frequently outperforming its EPA numbers even at higher speeds, with 300 miles and more easily achievable at more sedate speeds. It’s also a more comfortable ride than the likes of the Chevy Bolt EV, offering creature comforts like ventilated seats and adaptive cruise control, as well as slightly faster DC charging.

Also Read: Which vehicle segments will speed up EV adoption?

In terms of affordability, the 2021 Hyundai Kona Electric exemplifies the sticker shock that comes with new electric vehicles. Starting at $37,190, its MSRP is right in line with the likes of the Bolt EV and Nissan Leaf, but stands a whopping $16,790 above the regular old Hyundai Kona base gasoline model. Factor in the federal tax credit, however, and things get more competitive.

Hyundai still has plenty of room in its federal allowance for the full $7,500, which brings the Kona Electric below $30,000. Further state incentives put it within touching distance of its combustion equivalent, after which fuel savings and minimal maintenance account for the remainder. For buyers planning to drive a lot and keep their vehicle for a long time, the Hyundai Kona Electric is the current poster child in terms of reasons to buy an electric car sooner rather than later.

As a bonus suggestion, if you prefer a sedan and don’t need the Kona’s longer range, its stablemate the Hyundai IONIQ is available in various plug-in forms in the $25,000-$30,000 price range. 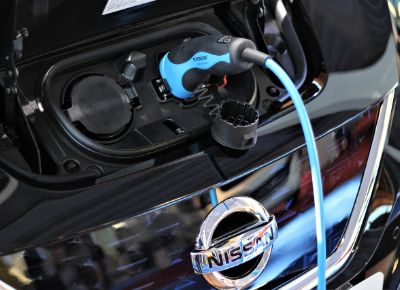 This new all-electric SUV from Nissan is our wildcard entry, as the Japanese automaker has yet to announce US pricing for the vehicle and doubts remain as to whether the car will actually arrive in North America before 2021 is out.

Nonetheless, the Nissan Ariya deserves to be considered as its expected price point for the base model is $40,000 and the company has established EV roots with the long-established Nissan Leaf. The latter arrived more than a decade ago and has racked up more than 500,000 sales globally, leading the way for affordable electric cars at a time when Tesla was only able to operate at the premium end of the automotive sector.

The 2022 Nissan Ariya promises both to build on the legacy of the Leaf and right the wrongs that now cause car buyers to think twice about the brand’s all-electric options. First and foremost, the Ariya’s battery pack will be liquid-cooled and permit thermal management. This helps the pack handle temperature extremes more effectively, improving fast charging performance and increasing longevity. The Ariya also arrives with a predicted 300 miles of range and adopts the CCS charging standard, which is rapidly becoming the dominant connector type across the USA. The model has a few futuristic elements inside and out, but takes most of its styling cues from Nissan’s V-Motion design language and doesn’t feel out of place with the company’s combustion equivalents.

While Nissan still has to prove it can meet the high expectations of customers after previous missteps, initial specs on the Ariya position it firmly among the other affordable electric cars we’ve covered in this article. If electric vehicle incentives remain in their current form, Nissan should have at least another year of the full federal tax credit at $7,500, making the 2022 Nissan Ariya look like a great deal if it comes in closer to $30,000 after credits and state rebates are applied.

As we close out the first year of the decade and look to which models will attract the next wave of buyers, it’s clear that competition is heating up and EV prices will continue to drop. The models in this article represent five of the most affordable electric cars we expect to see in 2021, but don’t forget to check out the best electric car deals available right now if you just can’t wait to make the switch.

What are the best affordable electric cars?

Will electric vehicles get cheaper?

It’s not always easy to qualify what’s affordable by MSRP alone. In 2021, those lines could become even more blurred, as new models stoke competition in the category, exert downward pressure on prices, and increase the incentives available from automakers who have only dipped their toes in the all-electric segment to date.

In mid-2019, the average price of a new car purchased in the US was $36,718 according to Kelly Blue Book. It has to be acknowledged that many of the best electric vehicles currently come in significantly above that average.

Are there deals and incentives for electric vehicles?

Because electric vehicles represent a brand-new category in the automotive world, the purchase price is quickly transformed by federal tax credit available for some EVs, state-level incentives, and charging promotions (free fuel!) on offer. Check out our picks for the best EV incentives available right now.

Are there tax incentives available for electric cars?

Yes, you can get up to $7,500 in federal tax credit for certain EV models. But it's important to note that this tax incentive is already expired for popular EV makers like Tesla and General Motors. Rebates are updated every year, so it makes sense to get them now while you still can. Learn more about what electric car tax incentives are still available. 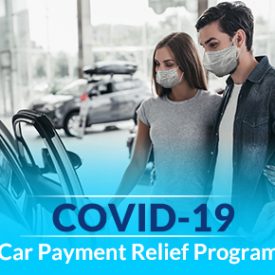