Hyundai Elantra vs Hyundai Sonata: Which Is Right For You? 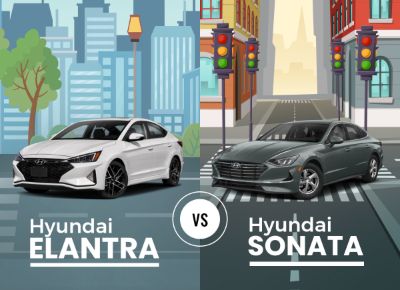 In comparing the Elantra with the Sonata, Hyundai begs the question, “Are you buying the car you need or the car you want?”.

Both offer levels of comfort and efficiency, but after that, there are important differences that separate the popular family-friendly sedans.

Will these differences actually matter to you?  Let’s take a closer look at the two vehicles and see what shakes out. 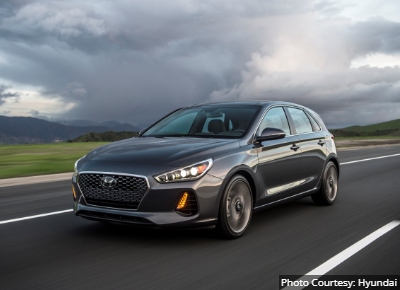 The full-size Sonata, being just over 8 1/2 inches longer than the Elantra and a tad wider and taller, gets the nod for being the bigger car, but the comparisons shouldn’t stop there. The Elantra is more generous with rear-seat legroom despite its mid-size designation, while the Sonata offers more legroom up front.

Another key size difference between the models is their trunk space. If one’s big trunk needs are for an occasional weeklong vacation, the 16-cubic foot trunk of the Sonata will come in handy. The Elantra is certainly not stingy with trunk space. At 14.2 cubic feet, its trunk has plenty of room for a week’s worth of groceries.

The Takeaway: While the Sonata dominates in size, the Elantra still measures up in a big way. However, over time, the heavier vehicle is going to increase your cost of ownership. 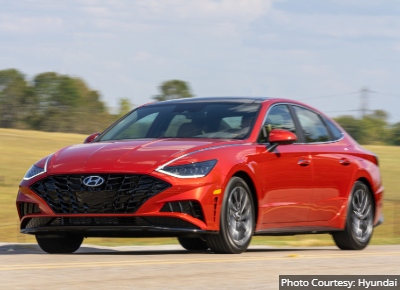 As luxurious as the top-of-the-line Elantra and Sonata Limited trims may feel, there’s no escaping that these models are essentially economy cars. That’s not really a problem, though, since economical doesn’t mean cheap here. Hyundai has put in overtime making both models attractive, contemporary, and well-equipped at their price points.

Essentially, the Sonata looks and feels more elegant. Where the console and center stack of the Elantra evokes a humble, conventional appeal, in the Sonata the feel is sportier and more cutting edge.

The Takeaway: Practical equals Elantra; elegant equals Sonata. Sounds simple, but it gets more complicated as you go up through the trim lines. 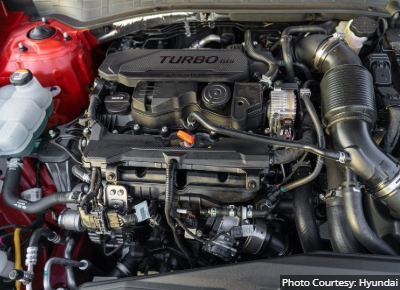 If anything, performance is the most notable differentiator between the Elantra and the Sonata. While both offer models with conventional four-cylinder engines, turbocharged performance, or economical hybrid systems, the Sonata delivers more horsepower in each category.

The base 2-liter inline-four in the Elantra, with its paltry 147 horsepower output, struggles to keep up with the Sonata’s 191 horsepower 2.5-liter entry. Granted, there’s a trade-off in fuel economy, with the Elantra mustering a high of 33 city / 43 highway mpg in its SE trim. However, the Sonata SE is not that far behind at 28 city / 38 highway.

For maximum fuel economy, there are hybrid editions of each model. The Elantra Blue tops the list with remarkable 53 city / 56 highway mpg ratings, but there’s a trade-off in performance. However, it is quicker off the line than the Sonata hybrid. Nevertheless, better overall hybrid power goes to the Sonata hybrid 2-liter variant, where you’ll enjoy a net 192 horsepower and still earn significant fuel economy (up to 50 city / 54 highway in the Blue Hybrid).

The Takeaway: For two economy cars, there is a surprisingly wide range of performance choices. In general, if your desire is for performance, turn to the Sonata. If it’s maximum fuel economy, the Elantra squeaks out the win. 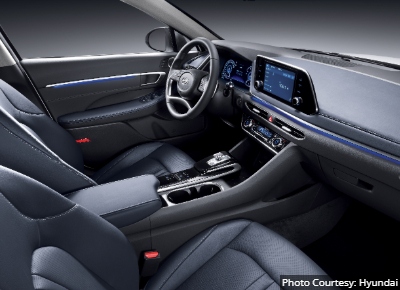 The Elantra received Good ratings overall from the IIHS. However, its SE, SEL, and N Line trims did not fare well in their headlight tests receiving poor ratings for inadequate illumination. Only the Limited with LED headlights scored high. Similarly, the Sonata generally received top safety rating but only a marginal rating for headlight illumination in all except Limited and Limited Hybrid trims, which benefited from LED lighting.

As of this writing, The NHTSA has yet to release safety ratings on either the 2021 or 2022 Elantra and Sonata models.

A big safety plus for both models is having standard advanced safety technology that includes forward collision avoidance with pedestrian detection, collision mitigation, blind-spot detection, and lane-keeping assist.

More predictably, Smart Cruise Control comes standard across the lineup of Sonatas, but is standard only in the Limited on the Elantra and optional in the SEL. It is not available on the Elantra SE.

The Takeaway: This category is pretty much a draw between the two models. Minus the poor scores for illumination in the lower trims, Hyundai has done a nearly impeccable job with ensuring passenger safety in both models.

So Which Is Better - Hyundai Elantra or Hyundai Sonata?

This question is best answered by returning to the assessment of need versus want.

If fuel economy is at the top of your list of needs, followed closely by pricing that’s below $25,000, then the Elantra will serve you better, but not by a lot.

However, if one’s need begs for a bit more style and elegance coupled with strong performance, then the Sonata is the car you want.

Both models are well-equipped, safe, and comfortable, and few will argue against getting over 50 mpg on the highway, which either vehicle will do in their hybrid editions. All things considered, the Elantra represents a great value for a vehicle priced between $19K and $25K. Got a bigger budget? Then it’ll be worth moving up to the extra elegance of the Sonata.

What does the Sonata compete against?

Notable competitors to the Sonata include the Toyota Camry, which also offers a hybrid version, the Chevrolet Malibu and Volkswagen Passat, both of which feature turbocharged performance only, and the Subaru Legacy, which has the benefit of all-wheel drive.

Is the Elantra smaller than the Sonata?

Overall, yes. However, the Elantra does offer much better rear passenger legroom than the Sonata.

Which is safer, the Elantra or Sonata?