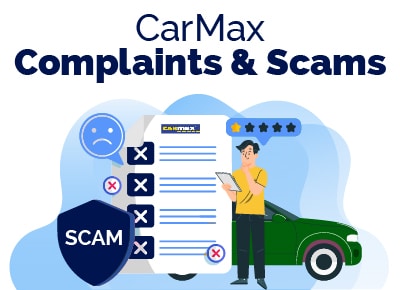 While CarMax [review] is a legitimate enterprise, it’s not one without considerations. When deciding where to buy or sell a car, getting an accurate picture of the provider is critical.

We’ve gone through CarMax reviews to identify the top complaints that customers share.

CarMax is not a Better Business Bureau Accredited Business. Although being BBB Accredited can hold weight with some consumers, companies apply and pay for accreditation. As of this writing, CarMax chooses not to take part in the program.

The Better Business Bureau has a CarMax profile that rates the vehicle retailer with an A+ rating.

CarMax Lawsuits: What It Means? 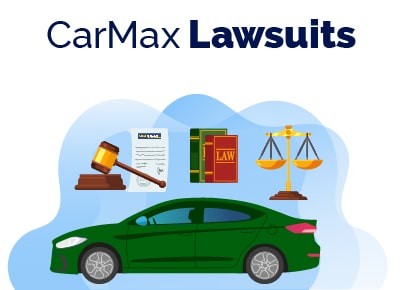 A 2016 lawsuit found a plaintiff suing CarMax for fraud, negligence, and violation of the unfair competition law. Three months after the plaintiff's mother bought the car from the retailer, the plaintiff had an accident that was possibly caused by a faulty actuator and throttle body assembly. The plaintiff claims that CarMax passed the car through an inspection that never took place. The court dismissed the lawsuit.

Common Complaints When Buying a Car on CarMax 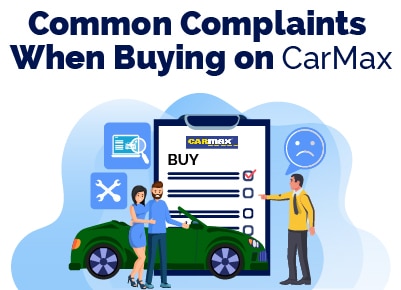 One customer reviewed their experience on the Better Business Bureau’s CarMax profile. The customer paid to have a vehicle shipped to a particular CarMax location. They claimed they were not informed of any issues.

After waiting approximately two weeks, the customer inquired about the vehicle’s status. The state “nobody knew anything about it or where it even was.”

A customer claims CarMax lost their tag information, resulting in the customer having to go to the dealership every 30 days to pick up temporary tags. This issue began in October 2021 and as of the end of January 2022, still persists.

Another CarMax customer went through a similar, lengthy experience. They bought a used car in June 2021 and had to repeatedly go to their local CarMax location to pick up temporary tags. CarMax kept telling the customer that they were “working” on issuing permanent ones. By the beginning of October, CarMax still had not produced the promised documents. The customer cited their state law requiring dealers to provide titles within 30 days of purchase. The customer returned the vehicle and got a full refund.

One Google reviewer had a tag problem of a different sort. “Traded in a car almost a year ago,” they write. “Received a letter in the mail from NY police department that the car we traded in was still in my name and was involved in a crime.” Another reviewer associated with this incident writes, “Customer escalations have no answer for this. I am chasing them for answers daily. 5 unanswered emails and every time you try to call, you will be on hold for a minimum of 15 minutes before anyone even picks up the call.”

Several customers complain that CarMax did not disclose all of the details about the vehicles they sell. There are numerous complaints regarding misinformation.

For example, CarMax allegedly sold a car that could not pass an emissions test. The test occurred within the 7-day return window. The customer took it to the dealership, which reset a warning light.

One month later, the issue happened again. The customer claims they discovered the vehicle had been in a front-end collision before the purchase. CarMax allegedly did not disclose this information at the time of sale.

Another customer claims they had a series of vehicle issues starting the day after buying it.

One Google reviewer states CarMax misrepresented the price of a vehicle. They write, “My husband found a car on the CarMax app he wanted to purchase. He started the purchase and transfer process, only to have CarMax increase the price of the car an additional $2,000 on their website mid-transaction AFTER we'd already paid the transfer fee. They refused to honor the original list price, even when presented with screenshots showing the lower price currently showing on their app. They promised to have a manager call to discuss the matter within 24 hours. It never happened.”

Common Complaints When Selling a Car on CarMax 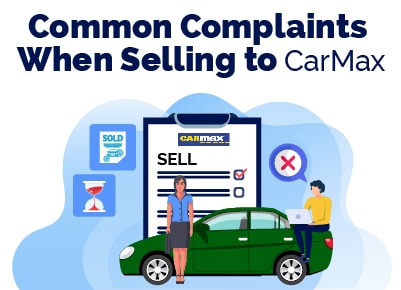 There are far fewer complaints from people selling their vehicles to CarMax. The few complaints concerned low-ball offers and that sellers might have to visit a physical location if their vehicle is not eligible for an online quote.

Are There CarMax Scams?

Customers’ experiences with CarMax vary. Those who have negative encounters will claim the company is scamming them. With that said, there are no official CarMax scams that have been or are being investigated by authorities.

What To Do If You’ve Been Scammed on CarMax?

If you believe CarMax is trying to rip you off, you can ask a lawyer for guidance. You can also contact:

Is it safe to buy a car from CarMax?

It can be safe to buy a vehicle from CarMax, but it is certainly a decision you should take with care. CarMax is a legitimate company that is listed on the New York Stock Exchange. Companies like these often work to maintain their reputations in the name of consumer trust and profits. Still, there are risks associated with buying from CarMax. Common customer complaints suggest that the vehicles can have issues that CarMax did not initially disclose.

Is it safe to sell a car on CarMax?

Selling a car on CarMax can be safe. In general, there are fewer complaints about selling a car to CarMax than there are about buying one. Again, you should research and weigh your options before deciding where to sell your vehicle.

Where can I file a complaint with CarMax?

You can file complaints with the company itself and try to reach a mutual resolution. If you are not satisfied with customer servie, you can contact your state attorney general’s office and the Better Business Bureau. You can also write and publish reviews on Google, Reddit, and Yelp. Not only can you let other consumers know about your experience but you might be able to get faster results.

Can I trust CarMax with recent lawsuits?

There are not many lawsuits regarding CarMax’s sales practices. The few that were researched for this article were dismissed. If you are comfortable with the company’s current litigation, then you can trust CarMax for your used vehicle needs.