Is the Toyota Prius Reliable? 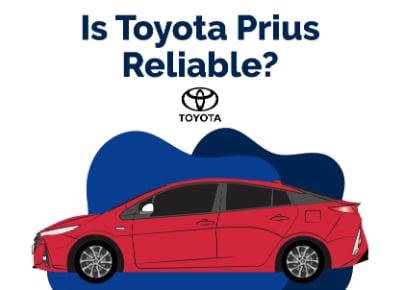 Whether you’re looking for an environmentally friendly vehicle or you just want to cut down on the price at the pump, the Toyota Prius is one of the best in the series of Toyota hybrid cars.

Toyota Prius is a reliable car with a reliability rating of 4.0/5.0, taking the 10th position out of 24 midsized cars. Toyota Priuses offer impressive gas mileage, dependable parts, and an environmental-friendly engine to keep the earth safe.

Even with the Toyota Prius's popularity, many drivers believe it is not as good as most people assume. There’s no denying the fact that there are some Prius years that you should avoid.

But this hybrid-electric car has a lower maintenance cost, a lesser chance of severe repair, and a 5-star safety rating. You are not only relying on the Toyota Prius to perform well but also to keep you safe. But how reliable is Toyota Prius? Is Toyota Prius reliable?

Let’s take you through everything you need to know about Toyota Prius’s reliability and other factors to consider.

Toyota Prius is a very reliable car. They are so reliable that you might spend a decade trying to find some faults or detailed analysis of the downsides of the car.

Toyota Prius adopts a plug-in hybrid electric vehicle model. Although the use of electric cars always spurs arguments about how long the battery lasts after it is fully charged. We can confirm that the Toyota Prius lasts up to 25 miles after a full charge. The mileage runs on EV mode before it’s converted to HV mode till you recharge it.

Toyota Prius has a fair/average reliability rating of 64 – 76 on JD Power. We believe this car is more reliable than the rating describes it. There are improved safety features, driver assistance technology, and different trims that offer versatility.

Although the Toyota Prius has poor speed and acceleration performance, there are other features you can enjoy.

Why Toyota Prius Is Considered Reliable

Here are four common reasons why Toyota Prius is reliable:

Toyota Prius has a gas mileage of up to 54/50 MPG on city and highway driving. This is an impressive fuel range for a midsized car, and this is due to its technology and design.

The Toyota Prius car adopts a hybrid technology called “automobile renewable energy.” This gives the car the ability to reuse its energy.

The Toyota Prius runs a dual energy consumption system that integrates the use of an electric engine with an internal combustion engine. This makes the car provide a super impressive gas mileage.

Like most Toyota cars, the Toyota Prius offers different trims that give drivers other options.

These trims have the same drivetrain, speed, and torque, but slight differences exist in their features, accessories, and overall deliveries.

You’d have to choose the model and trim that meets your needs. Aside from all these, Toyota gave drivers options to choose between AWD and FWD for their Toyota Priuses.

Toyota Prius has a 5-star overall safety rating from NHTSA. Since the launch of the Toyota Prius in October 1997, this car has maintained the record as one of the safest cars to drive. This is visible in the inclusion of high-grade safety and security technologies.

Some of the safety and security features found in Toyota Prius include:

These features are split across the different available trims of the Toyota Prius. Toyota Prius's safety features include a 10-airbag driver and passenger system.

Toyota Primus has poor acceleration because of its horsepower, but drivers are assured of increased driving performance and dynamics. You have cushioned rides to enjoy, a softer chassis set-up, and impressive grip and traction.

Drivers can choose between the driving modes available to determine their driving performance.

Even though there are many complaints and negative reviews, we don’t see much wrong with the car. The Toyota Prius is the type of car you need if you want enhanced fuel economy and fewer maintenance issues compared to other cars in its class.

However, you must stick to buying the recent production years of Toyota Prius as they are more attractive and have updated features.

Do Toyota Priuses have a lot of problems?

No. Toyota Prius does not have a lot of problems. Most of the problems we’ve found in the Prius are just minor problems that do not call for alarm. These problems include headlights randomly going off, oil consumption, and dashboard issues. There are also chances that you will experience engine issues.

What is the lifespan of a Toyota Prius?

A Toyota Prius can last up to 200,000 – 250,000 miles. With proper maintenance, there are chances that the life span/expectancy of a Toyota Prius will grow to 300,000 miles. Where and how you always take your Toyota Prius for rides depends on how long they last.

Is Prius expensive to fix?

How much does it cost to replace a Prius battery?

Can I replace my Prius battery myself?