Subaru WRX vs STI: Which Is Right For You? 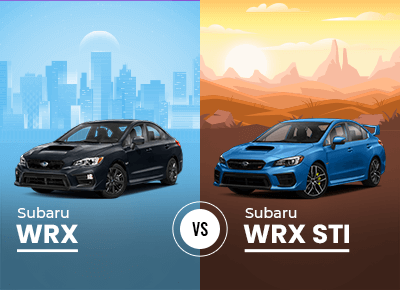 The legendary status of these cars has meant there is a fair amount of misinformation and consumer confusion when it comes to which is a better fit for one’s needs.

The sticker price between the two can be significantly different, but so are performance and daily drive metrics.

This rundown should help you decide whether the WRX or the STI is a better option for you.

Disclaimer: This review includes speculative information concerning the 2023 Subaru STi which will be officially unveiled in the spring of 2023. This page will update model information as it becomes available. 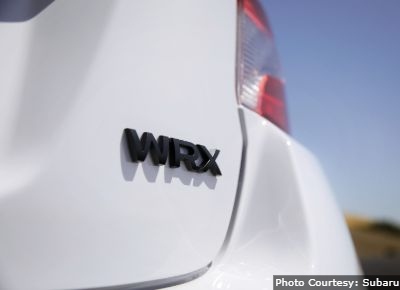 The STI is technically a trim level for the WRX. But there are more options for both cars that are exclusive, making the STI more a sub-model than a trim point. At all trim/model levels, the Subaru WRX and STI have standard all-wheel drive (AWD). Check out our list of the best sports cars with AWD.

The 2023 Subaru WRX has a Base, Premium, Limited, and GT trim option. Each builds on the last in terms of content and options.

The 2023 Subaru WRX STI comes in the STI and STI Limited trims. The STI base trim comes with most of the content of the WRX Limited model, while the STI Limited adds performance upgrades (rear spoiler options, Recaro front seating) that are optional for the base STI.

In physical measurements, the WRX and the STI are the same size. Both are 181 inches by 71 inches and stand 58 inches high. There are, however, other differences in their design that are reflected in the numbers. 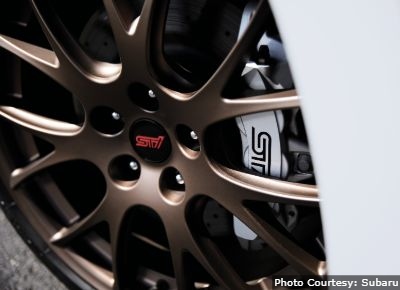 Both the Subaru WRX and the WRX STI are sports sedans with a lot of grunt under their hoods. These cars are designed to be fast-paced on- and off-road racers, and their suspension and engine designs are geared towards that goal. There are significant differences between them in performance measures, though, with the WRX being a more daily drive comfortable option and the STI being a more performance-ready design.

The most significant of the changes are those found in the engine. The Subaru WRX uses a 2.4-liter turbocharged four-cylinder boxer-style engine that produces 271 horsepower and 258 pound-feet of torque. A six-speed manual or a continuously variable transmission can be fitted in most of the WRX’s trim levels.

The Subaru WRX STI is rumored to receive a turbocharged engine that will deliver up to 420 horsepower. A six-speed manual is the only transmission option available, but it’s tuned for shorter shifts with a stiffer clutch.

Significantly, going with these performance points are the equipment differences between the WRX and the STI models. The STI adds the following, not available on the WRX: 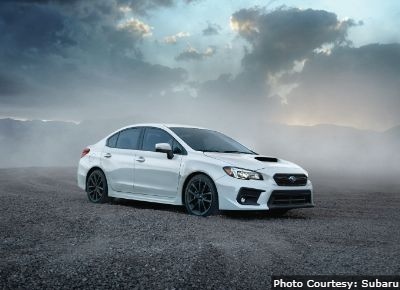 The WRX and the STI are both sports cars, so reliability is not at the top of the list of concerns most buyers would have for these vehicles. That said, Subaru has built a reputation for having reliable vehicles, and its vehicles hold a very high resale value because of that.

Most of the reliability metrics used for vehicles, including the J.D. Power and Associates Vehicle Dependability Study (VDS) and Consumer Reports (CR), give good marks to Subaru on the whole. The WRX slightly edges out the STI with both VDS and CR, likely due to its less complex engine and a lower likelihood of being used as a rough-and-tumble rally car. 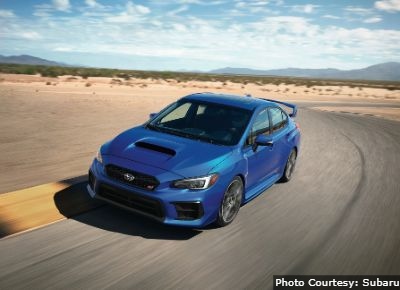 For the 2023 model year, the WRX has been updated with an added rear-seat head restraints for all three seating positions and have enlarged those same restraints. These changes were made to comply with new Federal crash test safety regulations.

Not surprisingly, as they are largely the same vehicle, both the WRX and the WRX STI scored Top Safety Pick awards from the Insurance Institute for Highway Safety. Neither car has advanced safety equipment installed (called EyeSight by Subaru) unless they are equipped with an automatic transmission (CVT).

So crash avoidance, while good in these vehicles, is only present in some of them.

In the real world, our experience has been that the STI can actually achieve higher fuel economy than listed, especially for its highway rating, if driven judiciously. Which, we’ll admit, is difficult with a fun car like this. 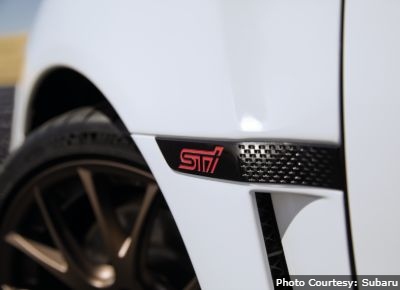 Neither the WRX nor the STI will win awards for high levels of comfort or smooth highway cruising. These are stiff-suspensioned, fast-paced sports cars. The ride quality is bouncy, stiff, and often jarring.

In terms of sports driving, both the WRX and the STI have a beautiful setup and well-balanced feel. Road hugging, whether the road is paved or not, is the forte of these cars. The STI edges out the WRX in terms of overall sport drive appeal, of course, as it is the more well-tuned performance model of the two.

But this is a subjective point as both of these models are wonderful little AWD sedans for twisty road driving and fast-paced corner slides. 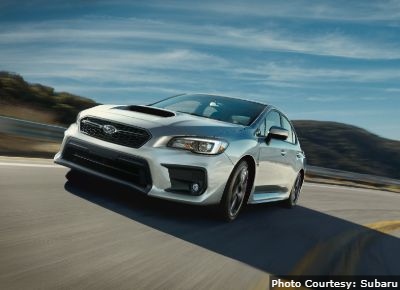 The Subaru WRX STI is substantially more expensive than the WRX. The WRX starts at about $10,000 less than the STI model does, but is far less well-equipped at that level. The more comparable model of the WRX, the WRX Premium, is still far less expensive by comparison.

On the other end of things, the WRX enjoys a high resale value compared to other brand models in its class. The STI has a far higher resale when compared to the WRX by a percentage of purchase versus resale; roughly 12 percent more. The STI model is also more likely to be modified than is the WRX, which could raise or lower its resale vehicle-to-vehicle.

In our estimation, neither car is “better” than the other in terms of price and value, as you’re getting something substantially different with the STI versus its lower-cost WRX sibling.

Which Is Better, The Subaru WRX or STI?

The question of which car is better between the Subaru WRX and the WRX STI is subjective.

For sport driving enthusiasts who prefer a daily driver that can occasionally hit the dirt road for some fun, the WRX is a great choice (don't forget about the WRX's Sport Mode). For the more serious off-road rally enthusiast, there’s nothing better than the Subaru WRX STI. It comes down to what is expected from the vehicle.

How much faster is the STI than the WRX?

The STI is about a half-second faster from 0-60 MPH than the WRX. Top speeds are similar and depend on the exact body configuration.

Can you make a WRX as fast as an STI?

With modifications, a WRX can be faster and approach the performance of an STI. However, the STI is also a car that many modify for added performance.

Is it worth paying the extra for an STI vs. WRX?

This is up to you. A WRX feels very similar to an STI in normal and even spirited on-road driving in our testing. At speeds that won’t land you in jail, the WRX is just as fun.

The Subaru WRX STI is substantially more expensive than the WRX. The WRX starts at about $10,000 less than the STI model does but is far less well-equipped at that level. The more comparable model of the WRX, the WRX Premium, is still far less expensive by comparison.