Safest New & Used Vehicles [That You Can Buy Today] 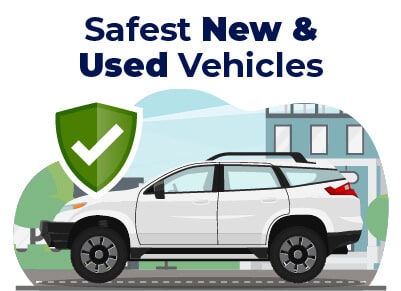 Each of these vehicles on our list has the very best safety test scores for 2021, and each also has an excellent (low) driver death rate from the 2017 model year.

All of these vehicles are great choices whether you buy one new today or are shopping for a used vehicle four years old or so.

Here is our list of the five safest new and used vehicles you can buy.

Check out our top picks for:

Vehicle safety is a tricky thing to gauge. The National Highway Traffic Safety Administration (NHTSA), the Insurance Institute For Highway Safety (IIHS), and the Highway Loss Data Institute (HLDI) all do hard work to try to bring consumers useful information on which vehicles are the safest choices. 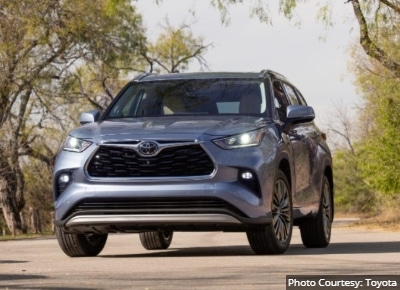 Toyota’s Highlander is unique on our list. Not only does the Highlander earn the highest possible IIHS score of Top Safety Pick Plus, but it has also been ranked among the vehicles with the lowest real-world drive death rates in many past reports, not just the report that looked at the 2017 model year.

The Highlander is a midsize/large three-row crossover SUV with every modern active safety system available in the marketplace. 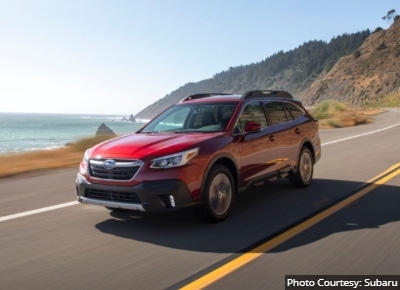 The Outback is arguably the best-selling wagon in America. Its added ground clearance gives it an advantage in some types of crashes, and Subaru’s EyeSight has long been an industry leader with regard to optical automatic emergency braking.

Since availability matters on our list, Subaru supplants some worthy Volvo wagon models and the Mercedes C-Class wagon. If you can’t find the vehicle, its safety rating is moot. 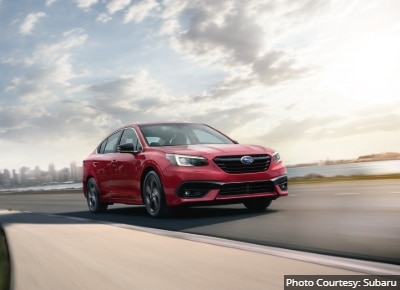 The midsize Legacy sedan outscores the Camry and Accord on real-world driver death rates and can match or beat them in IIHS safety test rankings. The Legacy has earned the very best IIHS score possible for more than a decade, and the Top Safety Pick Plus score for as long as IIHS has used that rating.

You might say that this Subaru model has a legacy of safety. Look closely at real-world driver death rates, and you will see that models with all-wheel drive or four-wheel drive consistently score better than models that drive just two wheels. 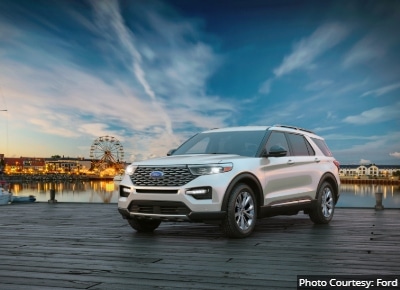 The Explorer is a large SUV that started as a body-on-frame design, moved to a unit-body design, and is now sort of a hybrid of the two styles. Size matters in safety, and the Explorer is a vehicle that is large but not massive. It’s also a perennial top-selling vehicle, something that can’t be said about any large SUV.

Shoppers should note that the Explorer had some less than perfect IIHS safety test scores in past years. However, we feel that its size, Top Safety Pick Plus score for 2021 and 2020, plus its outstanding driver death rate score in past years earns it a spot on our list of safest vehicles. 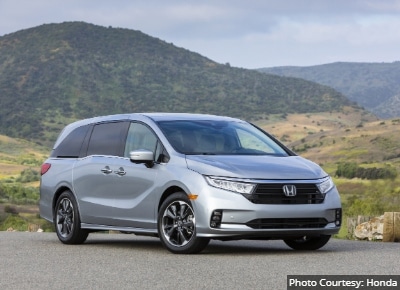 Like the Highlander, the Odyssey is a model that has had one of the lowest driver death rates of any vehicle for generations. For a decade, the Odyssey has also earned great IIHS scores on crash tests and other types of evaluations.

Honda takes safety seriously on all of its vehicle lines, so this is no surprise. However, we will add that those looking for an all-wheel drive minivan should not hesitate to purchase a Toyota Sienna. It was a close matchup with the Odyssey, and both earn top scores new.

What Is the Safest Vehicle?

Which is the safest vehicle to own overall depends on your needs. We feel that IIHS is the best resource to use when shopping new.

Also, don’t forget the value of size and mass when it comes to safety. It’s easy to forget that small cars and SUVs are not as safe in crashes of many common types as larger vehicles are.

What is the safest vehicle overall to drive?

Are smaller vehicles with top safety ratings as safe as large vehicles?

No, smaller vehicles with new vehicle safety ratings that match those of larger vehicles are not as safe. IIHS and NHTSA both point out that their ratings are relevant to the vehicle’s size class. Bigger, more massive vehicles have the edge in safety in multi-vehicle crashes.

Yes, newer models are safer for many reasons. It is important to note that safety ratings by IIHS get harder as time passes. A Top Safety Pick Plus score for 2021 is much harder for automakers to earn than it was when the group started that system. New vehicles have improved safety systems as well.