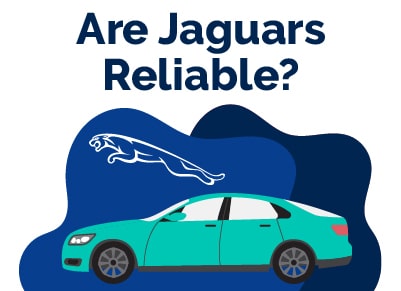 If car brand names could determine the reliability of their cars, Jaguar would have made it to the list of super reliable cars. Unfortunately, Jaguar is a less reliable car. Jaguar cars have nice handling, they are fun to drive and pretty fast with elegant and impressive designs.

If they are this good, then what went wrong? Why do Jaguars have a reputation for being so unreliable? Many things went wrong with Jaguar cars, and one of these issues is their unpredictability.

Jaguars are the type of cars that you hit the road with, sound and good, only for them to break down in the middle of nowhere, your headlights stop working in the middle of a lonely night, or a fire outbreak from under your hood.

Jaguar cars have a hyper-expensive maintenance cost, they are prone to numerous problems, and it is hard to spot a Jaguar car that has ever earned an IIHS safety award.

Well, no matter how bad a car brand appears, there’s always something good about them. Read on to learn more about Jaguar’s reliability.

Jaguar cars are less reliable. We wouldn’t rule out the reliability of Jaguar cars by calling them unreliable. This is because the Jaguar brand is putting in so much effort to right its wrongs.

On RepairPal, Jaguar has a poor reliability rating of 2.5/5.0, ranking 29th out of 32 car brands. As a British car, the poor reliability of Jaguar seems to extend to other cars of the same origin. This includes Land Rover and Vauxhall.

The unreliability of Jaguar cars is due to the numerous problems that plague the car poor car quality, rust, and many major mechanical failures. The truth is that Jaguar cars weren’t this unreliable when they started.

For a brand founded in 1922, it is believed that Jaguar’s reputation for unreliability started after it collaborated with Lucas Electrics and merged with British Motor Corporation.

There was a time when Jaguar was referred to as the “poor man’s Rolls Royce.” This was due to their elegance and impressive deliveries. All these failed with the drop in quality.

The cost of maintaining a Jaguar became so expensive. In 2021, the new Jaguar Land Rover CEO, Thierry Bolloré, had to declare his dissatisfaction with Jaguar’s production and the need to fix its flaws.

Recently, we’ve noticed an increase in Jaguar’s reliability. However, not too much of a sustainable increase to match their unreliability. Jaguar now has some fuel-efficient cars like Jaguar F-PACE, XF, E-PACE, XE, and XJ.

We might not define Jaguar cars as all-around safe, but you can expect some decent level of safety from the Jaguar F-PACE and XF Saloon.

Why Jaguars Are Considered Less Reliable

Here are some major reasons why Jaguars are less reliable and have a reputation for being unreliable.

Jaguar has a history of many mechanical problems that it gradually looks like the Brits are fond of making unreliable cars. The problem of Jaguar cars spread through the AC, engine, and even electrical systems.

The near-fall of the Jaguar brand was due to its transmission problems and mechanical failures that sometimes compromise the safety of the driver and other road users.

It seems like they cost more to make, but more importantly, it is a luxury brand, so users are expected to pay more. This also includes the fact that they are relatively scarce in certain regions.

One of the major reasons why Jaguars’ reliability is considered less is the high cost of repairs and maintenance. You will end up breaking the bank the day your Jaguar car breaks down.

These days, the Jaguar brand has some cars that do not break down a lot. However, the price attached to repairing or maintaining these cars is heartbreaking.

The high cost of maintenance and repair on Jaguar cars is because of the high costs of spare parts, the scarcity, the complexity of repairs, and the high servicing and repair fees.

Jaguars have many issues, and it will be nice to guide you through some of these issues and what to expect from a bad Jaguar car.

Buying a Jaguar car is like placing a risky bet. This is because there is a great chance for them to be unable.

The reliability of Jaguar cars affects their resale value. You’ll find cheap 2nd hand Jaguars, and this is because they lose their value over time. However, there are a few reasons why you should consider buying a Jaguar.

Nevertheless, it is important that you research your preferred model and ensure you are sure about what you are getting into.

Do Jaguars hold their value?