Honda Pilot vs. Passport: Which SUV Is the Best? 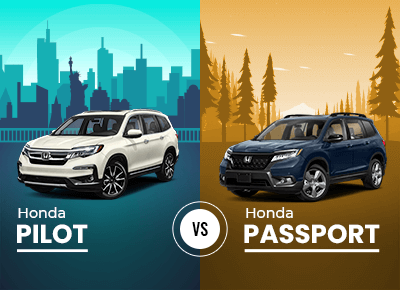 If you are a Honda fan looking for a roomy family crossover SUV, Honda offers you two outstanding choices larger than its top-selling CR-V.

The Pilot has three rows and is widely considered a benchmark in its segment. Honda also offers the two-row Passport.

Although the number of rows is the primary difference between these two, there is more to the story. 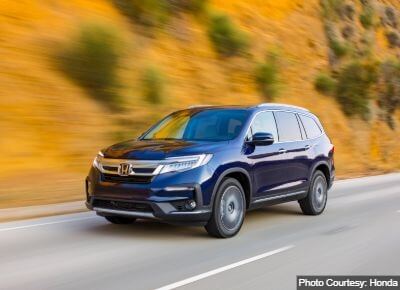 Is the Honda Pilot Right For You?

The Pilot was intended mostly as an all-weather, three-row family vehicle. The Pilot competes quite successfully against the Toyota Highlander and Ford Explorer in a segment that is very important to automakers.

Those who don’t want a minivan often look to the Pilot and find the perfect vehicle for their needs.

Is the Honda Passport Right For You?

The Honda Passport is not just a two-row Pilot, though there are many similarities on the specification page. Honda built the Passport to fill two roles:

Honda achieved both goals and has made good use of the shared platform to offer shoppers a choice they would otherwise not have had. 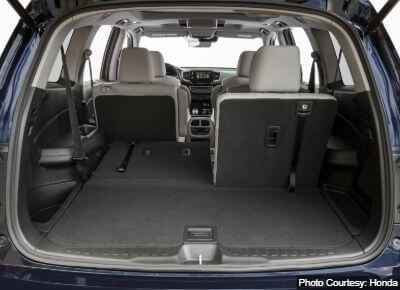 Both the Honda Pilot and Passport are available in either front or all-wheel drive. Our specifications above all list the AWD versions. At a glance, it is easy to see that the Pilot is a longer vehicle. The third row adds about six inches of length overall. The Pilot also has a larger overall cargo volume with both rear seat rows folded. However, 101 cubic feet is a LOT of space, and the Passport feels massive inside when you drop its second row to do some cargo hauling.

The Passport has a bit more ground clearance than the Pilot. In fact, it has more than the Ridgeline pickup does. Those who head down some access roads to boat launches will appreciate that.

Also, the Passport has better approach and departure angles than the Pilot. That means it can go up and down steeper slopes. 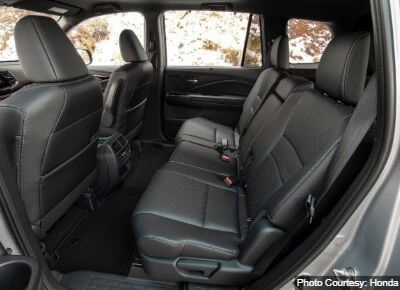 As you might have guessed, the extra size and added row aren’t free in the Pilot. 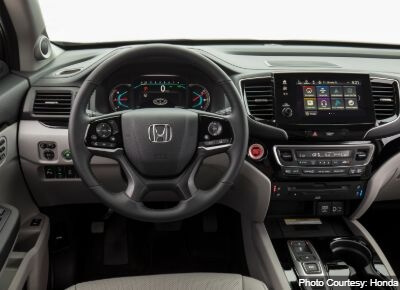 The Honda Passport and Pilot have nearly identical fuel economy numbers. The Passport has a 1 MPG disadvantage over the Pilot. The AWD Pilot is rated at 22 MPG, and the AWD Passport has a 21 MPG Combined rating. The FWD trims have a slightly higher rating.

Notable is that neither the Passport nor Pilot have a hybrid powertrain like the Toyota Highlander does.

Neither the Pilot nor Passport have earned the Insurance Institute for Highway Safety’s Top Safety Pick award in 2021. The problem is that both have only an “Acceptable” rating for a key crash test, the small frontal overlap passenger-side test. Each model comes standard with active driver-assist technology, including automatic emergency braking. 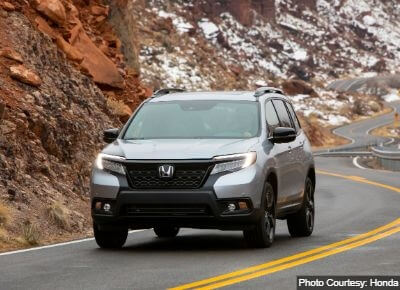 Which Is Better, The Honda Pilot or Passport?

Shoppers interested in a two-row SUV from Honda will find the Passport to be larger and more off-road capable than the CR-V.

Those shoppers who need a three-row SUV with either seven or eight seats will find the Pilot fits the bill.

Which one is better, the Honda Pilot or Passport?

Which one seats more, the Honda Pilot or Passport?

The Honda Passport seats up to 5 people, while the Honda Pilot can seat up to 7 or 8 people.

Which is bigger, the Honda Pilot or Passport?

The Honda Pilot is the bigger vehicle between the two because of the extra third row. The Pilot also has a larger overall cargo volume with both rear seat rows folded. However, 101 cubic feet is a LOT of space, and the Passport feels massive inside when you drop its second row to do some cargo hauling.

Which costs less, the Honda Pilot or Passport?