Honda HR-V vs CR-V: Which Crossover Is the Best? 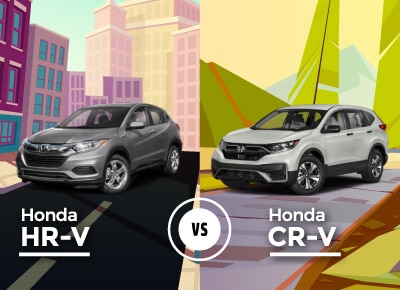 Small crossovers rule supreme these days, to the extent they have been fragmented into various specific size classes and price ranges. Case in point: the Honda HR-V and CR-V.

The CR-V name is likely a familiar one. At the time of its release, it was an automotive pioneer feeling out the viability of a segment that was neither car nor SUV.

The Honda HR-V is a more recent development and represents a direct offshoot of the wildly successful CR-V. The HR-V essentially takes the best attributes of its bigger brother and downsizes them to a pint-sized, subcompact footprint.

So how do these two Hondas stack up, and which is right for you? To find out, let’s take a look at the finer points of these two compelling crossovers. 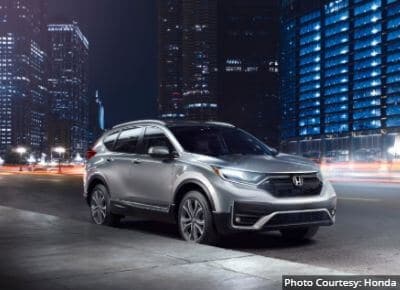 As can be ascertained from the above chart, the CR-V is clearly the bigger crossover here, measuring 182 inches long on a 104.7-inch wheelbase. The HR-V, on the other hand, stretches 171 inches long and uses a 102.8-inch wheelbase.

Those figures are telling. The CR-V is nearly a foot longer than the HR-V, yet it rides on a wheelbase that comes within two inches of the latter model. This might seem odd until you recall that the wheelbase has a far more direct bearing on interior roominess than overall length. Keeping excess length trimmed down on the HR-V might mean a more truncated cargo area and a shorter hood, but there will only be a marginal impact to passenger quarters that most riders won’t notice. 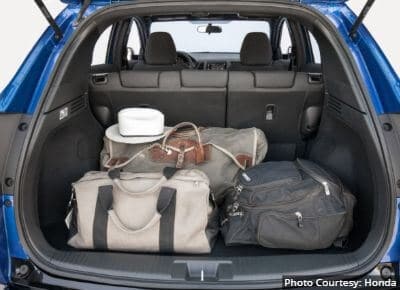 If you’re still unsure of how the wheelbase impacts interior dimensions, chew on these figures for a minute. The Honda CR-V has a total of 106 cubic feet of passenger volume. Cargo space measures 39 cubic feet behind the rear seats or 76 cubic feet with the seatbacks folded. 40.4 inches of second-row legroom is available.

Now for the HR-V. It has 96 cubes of interior volume, 24 and 58 cubic feet of cargo space depending on whether or not the rear seats are down, and 39 inches of rear legroom.

The figures confirm our theories about the relationship between wheelbase and overall length. The biggest gulf here is by far in cargo space, where the differences between the crossovers are starkly apparent. Yet, the overall interior volume and rear legroom are only marginally disparate.

Clearly, the similar wheelbases help narrow the margin between the key interior dimensions of both vehicles. It comes at the cost of cargo space in the HR-V, however. 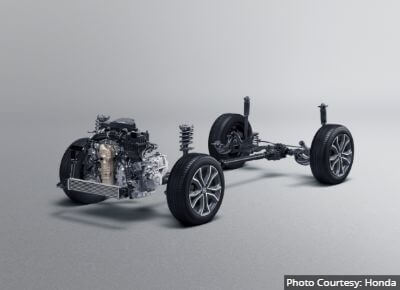 What’s under the hood of these two Hondas is also different enough to merit pause among prospective shoppers. In the CR-V, buyers can expect either a turbocharged 1.5-liter four-cylinder or a hybrid model that pairs a 2.0-liter four with a single electric motor.

The former engine generates 190 horsepower, while the latter is pushing 212 horsepower. With both engines, a continuously-variable transmission takes the place of a traditional gearbox. Front-drive is standard on the gas engine, while all-wheel drive is mandatory with the hybrid.

Moving into the HR-V means foregoing any hopes of hybridized performance and settling instead for the lone engine on offer, a 1.8-liter four-cylinder that makes do without turbos. It promises a meek 141 horsepower and 127 lb-ft of torque, and hitting these maximums means chasing the tachometer needle to redline. Like the CR-V, front-wheel drive and a CVT are standard. All-wheel drive is optional.

The very different powertrain offerings show two things: the importance of the CR-V to the Honda lineup, and the age of the HR-V, a new model of which is due out next year. The outmoded HR-V showcases how things used to be at the low end of the market: even its fuel economy of 28 mpg city, 34 highway, and 30 combined is mediocre for its size and segment.

The CR-V, being the moneymaker, has gotten more updated powertrains, including the all-new hybrid, which debuted this past year. With the new hybrid, 40/35/38 mpg is the expectation per the EPA. As for the 1.5-liter gas engine? It carries identical ratings to the HR-V. This, despite less displacement, more power, and more weight to hustle. 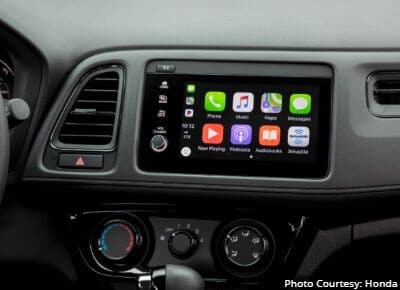 It shouldn’t be surprising the CR-V, being the bigger and more expensive crossover, is the more feature-laden of the two. Standard equipment includes a 5.0-inch display, though a 7.0-inch touchscreen is standard on all models beyond the base LX. Apple CarPlay and Android Auto come complimentary with the bigger screen, as does SiriusXM radio.

If buyers choose, they can further upgrade to a unit with navigation and a nine-speaker audio system. Other available niceties include wireless charging, a heated steering wheel, heated seats, a moonroof, and a power tailgate.

The HR-V features a similar infotainment setup, but there’s no available navigation or nine-speaker audio system. As for features, the HR-V also offers a sunroof and heated seats, but the power tailgate, heated steering wheel, and wireless charging can’t be had. 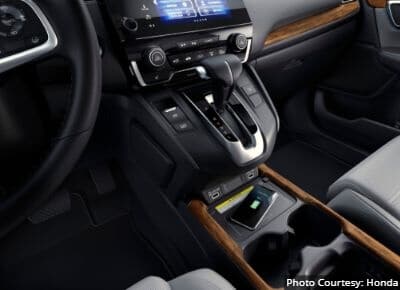 Both Hondas share perfect crash-test scores from the NHTSA and IIHS, but only the CR-V gets The Honda Sensing suite of active-safety features as standard. However, the HR-V does include the feature package on all trims besides the base LX - which happen to be the trims the vast majority of people will shop for.

For reference, Honda Sensing bundles automatic emergency braking, adaptive cruise control, lane-departure warning, and lane-keep assist. A blind-spot camera that Honda calls LaneWatch isn’t part of the bundle but is available on both crossovers as well. 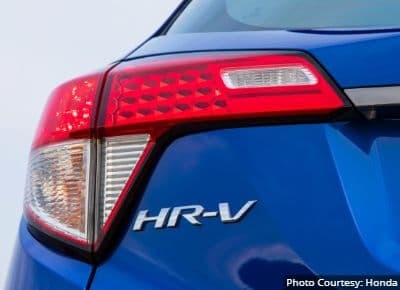 Despite what some of the evidence may suggest, we’d actually lean towards the CR-V as the better value. For one thing, the CR-V has the cargo space of a mid-size SUV; that alone is enough to classify it as a value. Standard safety gear, more available features, and a more upscale cabin help cinch the deal.

The CR-V’s standard powertrain is also a selling point. We’ll take a 190-horse turbo-four and its plateau of power over a 141-horse non-turbo four-cylinder that needs to wheeze its way to 60 mph. Let’s not forget the CR-V’s available hybrid as well, whose 40 mpg city is far more efficient than the middling 30 mpg combined of the HR-V.

Which Is Better, the Honda CR-V or HR-V? 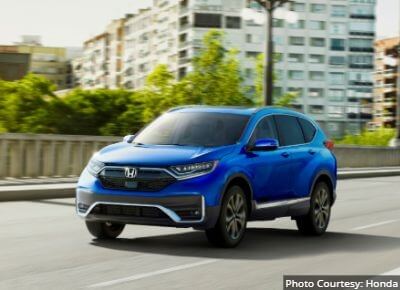 Ultimately, the CR-V. It simply does a better job being the all-around family vehicle, thanks to all the aforementioned selling points.

The HR-V is great for someone who wants lots of passenger space and Honda durability for cheap, but otherwise, you can spend a bit more to get the slightly larger but far more livable, versatile, and pampering CR-V.

In our eyes, that’s a no-brainer.

What’s the difference between a Honda HR-V and CR-V?

Besides the first letter, the size and price class. CR-V is a compact crossover that can cost as much as $37,000 in its priciest form; the HR-V is a subcompact crossover whose loaded trim costs $10,000 less than that of the CR-V.

Which is better, the Honda HR-V or CR-V?

Ultimately, the CR-V. It simply does a better job being the all-around family vehicle, thanks to all the aforementioned selling points. The HR-V is great for someone who wants lots of passenger space and Honda durability for cheap, but otherwise, you can spend a bit more to get the slightly larger but far more livable, versatile, and pampering CR-V.

How much smaller is the HR-V than the CR-V?

Does the HR-V offer a hybrid?

No, only the CR-V offers a hybrid powertrain. The HR-V uses a 1.8-liter four-cylinder making 141 horsepower and 127 lb-ft of torque.

Is the HR-V being discontinued?

No, but a redesign is imminent. Word on the grapevine is that an all-new model will debut sometime in 2022.