An unreliable and uncomfortable car can make the daily commute even more frustrating, especially with a bulky car that's hard to maneuver. The truth is, smaller more compact commuter cars are a bit easier to manage in many traffic situations.

You can alleviate some of the stress from commuting by having a car with solid comfort features, and good mileage.

Our list of commuter cars highlights why small cars are exceptionally good at real-world commuting duties. 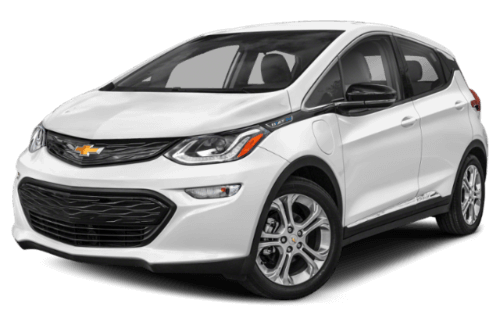 The compact Chevrolet Bolt battery-electric vehicle launched in 2016 to great fanfare. GM’s first mainstream BEV earned awards and turned heads. Reviewers loved the Bolt and found it fun to drive in point-and-shoot urban commuting. However, The Chevy Bolt’s incredible ownership costs are why it is number one on our list of small commuter cars.

Although the Chevy Bolt has an MSRP that would exclude it from many budgets, nobody pays the sticker price for this car in 2021. GM has discounts for the Bolt 1LT trims of $3,500 in some areas. In New England, Bolts are listed on the Drivegreen Website with new costs of under $28K after state EV rebates.

In addition, the Bolt also has an extremely low energy cost per mile. Since it only uses electricity, the Bolt’s efficiency rating is a whopping 118 MPGe. This vehicle will save its owner $650 each year in energy costs compared to a Toyota Corolla.

Electric vehicles also have a low cost for repair and maintenance. A Consumer Reports study shows that EVs have a cost for repairs and maintenance half that of traditional gas-powered cars. The Chevy Bolt combines a low entry price with class-leading cost savings for maintenance and energy. Consumers who want to keep their commuting costs as low as possible need to look no further. 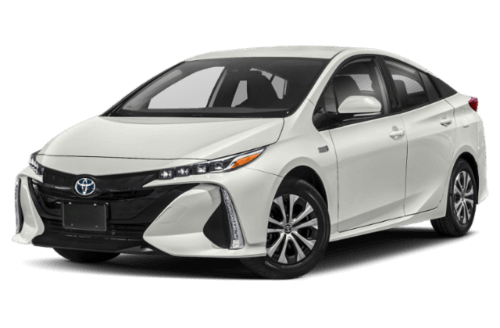 Are you looking for the commuting benefits of a battery-electric vehicle but with no range anxiety? The Toyota Prius Prime is the solution. With a 25-mile range using only electricity, it can handle many commuters’ daily needs without burning any gas.

After the electricity runs out, the Prius Prime is a 50 MPG fuel-sipping hybrid with a cost of ownership that rivals the Chevy Bolt at the top of our list. And there is another benefit. If your company offers EV charging, you can take advantage of that free juice and enjoy a parking space close to the front door. 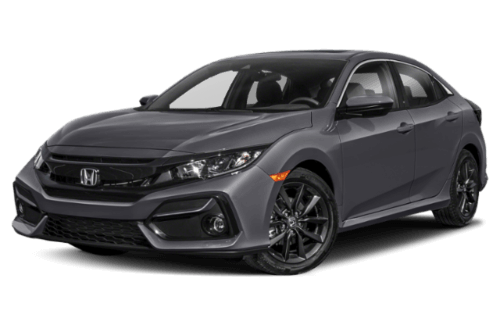 Looking for a commuter car that can double as a sporty vehicle for weekend getaways? The Honda Civic Hatchback Sport Touring is your pick. The Civic is excellent in all its trims, but the hatchback is the gem of the lineup.

The Civic Hatchback Sport Touring is available with a six-speed manual or automatic CVT transmission complete with paddle shifters. With its turbocharged 180 hp engine, this is a quick car to drive in any situation, but it still earns a 32 MPG EPA-estimated Combined rating.

Why the hatchback? Simply because it looks cool is reason enough, but the Hatchback Civic features 42 cubic feet of cargo volume with its rear seats folded. By comparison, the sedan offers 15 cu ft.

Other available features of the Civic Hatchback include a premium audio system, Honda Sensing driver-assist technology. The Civic even earns the IIHS Top Safety Pick Award.

You may qualify for deals and incentives, check out this month's Honda deals. 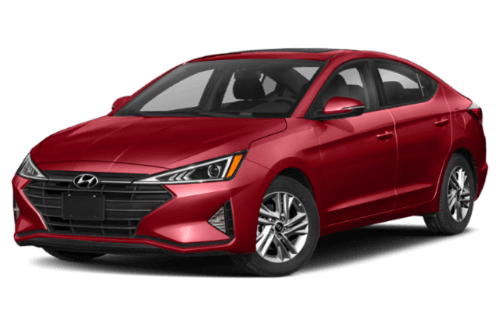 If you like your commuter car to have the latest technology, the wireless Android Auto and Apple CarPlay standard in all 2021 Hyundai Elantra cars will bring a smile. Not only has a AAA study proven that these smart device integration systems can be less distracting, but this included technology also eliminates the need for pricey built-in navigation. For 2021, the Elantra cuts the cord, making this technology user-friendly.

The 2021 Hyundai Elantra recently earned the North American Car of the Year award. Combine this award with Hyundai topping many recent reliability surveys, and the Elantra is a smart pick for any commuter. 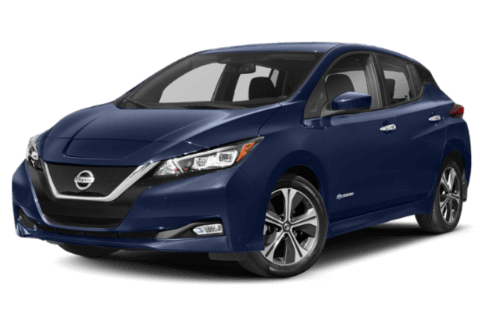 Like the Chevy Bolt, the Nissan Leaf is a compact EV with a peppy attitude.

The Leaf comes in two flavors. The base Leaf has a relatively short EV range, but if your commute is urban and you have your own charger, it may be a great deal. The Leaf Plus is a more general-purpose commuter car with a range of 215 miles.

We found the Leaf’s infotainment system to be easy to use, and it has good visibility outward from the driver’s seat. If you are a shorter person, you will find the up-high seat position is just right.

What is the best all-around small commuter car?

The Chevrolet Bolt combines a solid Consumer Reports reliability score with a low cost for energy and a fun ride. The Bolt also has an outstanding infotainment system.

What are the most reliable small commuter cars?

The most reliable small commuter cars are the Toyota Prius and the Chevrolet Bolt. The Prius has a perfect Consumer Reports Reliability Score spanning two decades. The Bolt has a score of five for many of its recent production years.

Which commuter car has the lowest cost per year for energy?

The lowest cost for energy in affordable commuter vehicles is always the EVs. The Bolt has a cost of $550 and the Leaf $600. If gas is inexpensive where you live and electricity pricey, consider the Toyota Prius Prime plug-in hybrid.

Which compact commuter car has a good safety rating?

What commuter car is the most fun on weekends?

If you want a commuter car that can be fun to drive and practical as a weekend getaway car, look closely at the Honda Civic Hatchback. This car has the cargo volume of a small crossover and is very satisfying to drive on a lonely country road.