What matters most to a commuter is fuel economy and comfort. For maximum comfort, performance, and quality of life, we look to luxury vehicles.

This list comprises the best luxury vehicles for commuting and includes some sedans, SUVs, and one or two sporty options for those who like excitement as well.

We’ve ranked these based on fuel economy, as the easiest to measure metric, but any of the five vehicles below could be your next luxury commuter choice.

What Is a “Luxury” Vehicle?

For our purposes here, we are considering vehicles called “luxury” by their maker to be luxurious. For most people, the price tag and the marque are what mark a luxury car versus its more mundane counterparts. Thus the crosshairs of Lincoln denote a luxury marque while the blue oval of Ford does not.

Beyond that, we have dropped consideration for vehicles that might be labeled as "luxury", but clearly do not have luxurious reputations in terms of design quality or interior accouterments. For example, we have a couple of Tesla models on the list but do not include the Model 3, which is priced as a luxury vehicle but does not have the interior design and quality expected of one. For that matter, none of the luxury models listed here are “entry-level” luxury models in terms of their price tag or design. 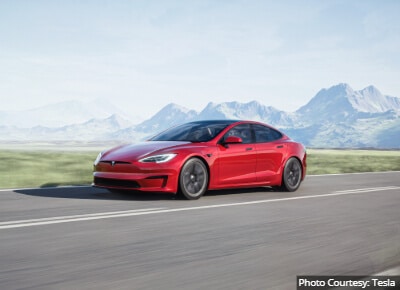 Top for fuel economy on our list is the Tesla Model S, which was revamped for the 2021 model year.

The Model S is fully electric and offers a luxurious, though relatively minimalist, interior and plenty of roomy, cush seating. 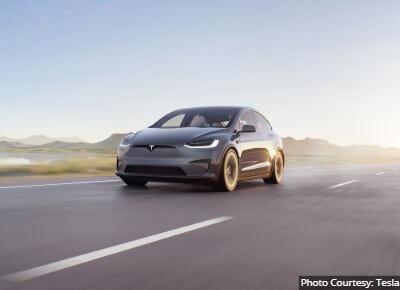 The Model X is, for all intents and purposes, the SUV version of the Model S.

It is available in both two-row and (cramped) three-row models and gets excellent fuel economy thanks to its all-electric design.

The X is also the most expensive vehicle on our list and may not be a match for everyone’s lifestyle or needs. 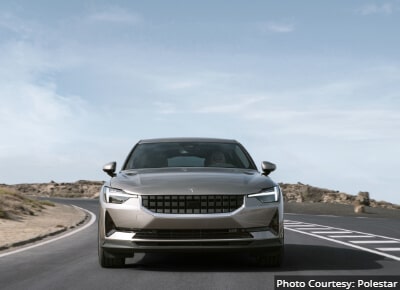 The Polestar brand is new and the 2 is its first offering in the U.S.

Tied to the Volvo brand, the Polestar brand offers only electric vehicles (so far) with relatively long ranges and strong luxury offerings.

The Polestar 2 is smaller and less costly than the Tesla Model S, but more traditionally luxurious by comparison. 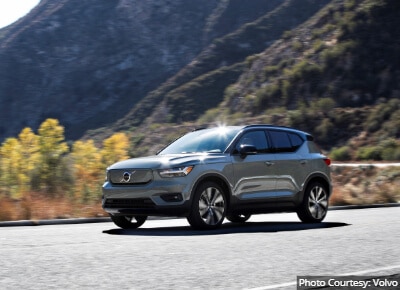 As Volvo’s first full battery-electric vehicle (or EV), the XC40 Recharge shares many powertrain commonalities with the Polestar 2 above.

Its lower fuel economy is thanks to its boxier and taller design.

Both models offer more than 200 miles of driving range per charge.

You may qualify for additional deals and incentives, check out this month's Volvo deals and average prices paid. 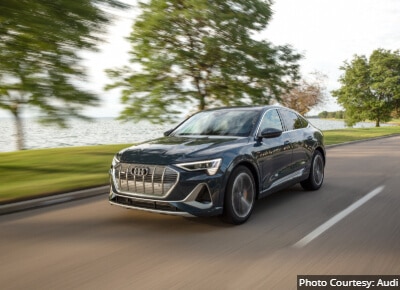 The Audi e-tron is all-electric and the most descriptive, in name, on this list as to what it’s about.

As a compact model, the Sportback has a less crossover-SUV or wagon shape compared to the standard e-tron model.

Some of the practicality of the hatchback is lost, but the sedan shaping of the Sportback offers a smoother drive and has a more commuter-friendly feel. 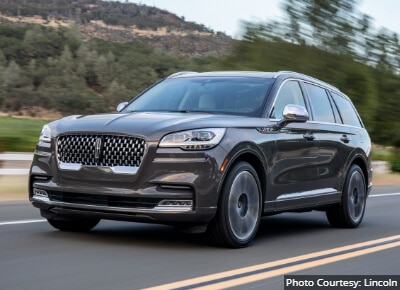 As the only hybrid on our list, the Aviator Hybrid, a plug-in hybrid with a limited all-electric range, has the largest size of any other option here.

The Aviator is extremely roomy (with a true, full third row), very comfortable, highly luxurious, and combines both gasoline and electric propulsion for maximum convenience.

What is the most luxurious option in commuter vehicles?

From our list, the Polestar 2 and the Lincoln Aviator are the most luxurious in terms of fitment and interior design.

What is the best luxury sedan for commuting?

The Tesla Model S is one of the better options for sedans when commuting. It gets an impressive 396 miles of range on a single charge.

What is the best luxury SUV for commuting?

The Tesla Model X and Volvo XC40 Recharge are some of the better options for SUVs when commuting.

What is considered a luxury vehicle?

For most people, the price tag and the marque are what mark a luxury car. We look at models that have luxurious reputations in terms of design quality or interior accouterments.

Why are almost all of your choices electric?

Every choice on our list is electrified as most people who commute are likely to be both driving relatively short distances (less than 100 miles round trip) and because electrified vehicles are more fuel-efficient than pure gasoline or diesel options are.

What if I do not want an electric or hybrid commuter?

Fuel efficiency and luxury were our top choices on this list. If those do not apply to you, have a look at our Best Overall Commuter list.