Drivers with a long-distance commute of over 500 miles per week need a special vehicle. While every commuter needs a vehicle that can be trusted not to break down and have a low cost for energy, long-distance commuters also have other needs. These include a level of comfort greater than that of a local commuter.

We have compiled a list of the best long-distance commuter vehicles that will serve a variety of tastes. Some are bare-bones. Some are electrified to keep costs down, and one is just plain cool.

We’ve tested these vehicles and found them to all be comfortable on long journeys. Here is our list of the best long-distance commuter vehicles. 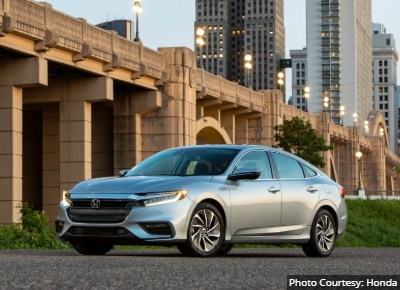 Topping our list of the best long-distance commuter vehicles is Honda’s Insight. The Insight is a five-passenger midsize car similar in many ways to a Civic but with an extremely efficient hybrid powertrain.

One notable feature of the Insight from Honda is its 509-mile range. This is the vehicle that you will need to fuel or energize the least often. For long-distance commuters, that may be a helpful feature.

Among its peers on this list, the Insight also boasts the lowest purchase price, highest possible safety and reliability ratings, and the second-best energy cost. 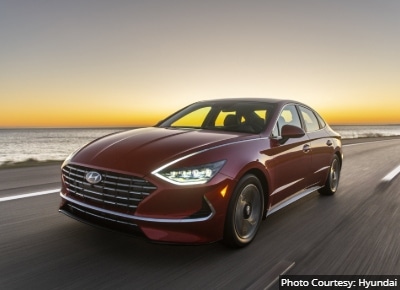 The Hyundai Sonata Hybrid impressed us with its comfort, driving satisfaction, and unique solar roof when we tested it. The Sonata Combines a very stylish exterior with a large interior to offer one of the best bangs for the buck of any commuter vehicle.

Those looking for a bit more panache than the Honda Insight can offer should consider the Hyundai Sonata Hybrid.

Like all Hyundai vehicles, this one comes with three years of included maintenance and a ten-year warranty. 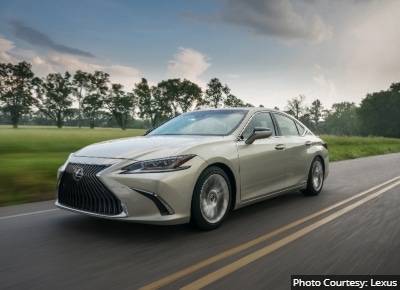 Drivers who want a serene driving experience on long commutes need to look no further than the Lexus ES 300h.

The ES 300h is a hybrid that checks off all the boxes we consider for a luxury vehicle. Very few other luxury cars can offer a low cost for energy, affordable entry price, top safety score, and solid reliability score that the Lexus ES 300h can.

What struck us most when testing the ES 300h was its “normalcy.” It’s hard to know this is a hybrid. There is no oddness to the engine or braking that gives away this fuel sipper’s special equipment. 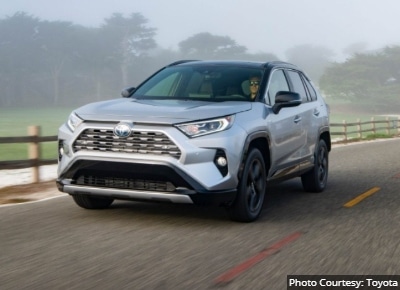 The Toyota RAV4 Hybrid is one of the top-selling green vehicles in America and perhaps the highest-volume AWD crossover produced in the green segment. It has recently been one of the fastest-selling vehicles overall. What makes it so appealing is its 40 MPG combined EPA-estimated fuel economy and its combination of power, all-wheel drive, towing ability, and low cost of ownership.

Aside from Toyota’s two years of included maintenance, owners of this long-distance hybrid commuter vehicle will enjoy a vehicle that has had most of the repair and maintenance hassles designed out. There is no timing belt, no need to change the transmission fluid in normal use, regenerative braking prolongs brake pad and rotor life, and every one that Toyota builds comes with an electric AWD system without the need for a center transfer case.

We will offer one note for shoppers. Toyota has an unusually large five-gallon reserve for the fuel tank in the RAV4 Hybrid. Expect to travel roughly 350 miles before the low fuel light illuminates. 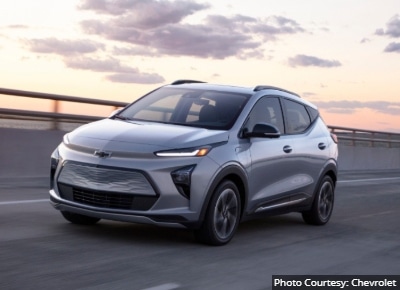 The Chevy Bolt is one of our favorite commuter cars. The new Bolt EUV, an electric utility vehicle, is a slightly larger version of the Bolt EV and adds three important features. The first is Super Cruise, a hands-free driver-assist technology we tested and fell in love with. It reduces stress on long drives and has ample safety systems to keep you out of trouble.

The next is self-sealing tires. In the event of a puncture, the tires will seal themselves and allow you to manage the repair more practically than most other EVs. Finally, the Bolt EUV is available with cooled seats that make long-distance commuting in hot weather much more comfortable.

With a range of about 250 miles and perhaps 25% less in winter, the Bolt EUV will work well for owners that can charge at home with a Level 2 charger.

You may qualify for additional deals and incentives, check out this month's Chevrolet deals. 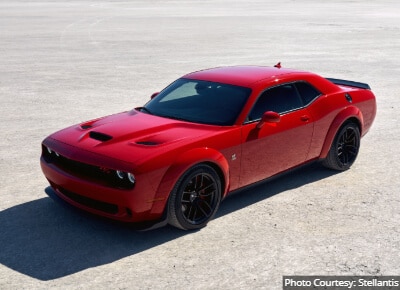 The Dodge Challenger is an unusual choice for a commuter car. However, we have tested the Challenger on long-distance drives and found it to be very comfy and very satisfying to drive.

With its strong 3.6-liter V6 engine, the Challenger is fun and also frugal. It will cost its owner roughly $20 more in fuel each week to drive than the Honda Insight. A small price to pay for a vehicle with such a great personality.

Which Commuter Car Is Best For You?

Our list contains a variety of affordable options for long-distance commuters with many different priorities.

Both the Insight and Sonata Hybrid offer a low entry price point coupled with a low cost of ownership. The Lexus ES 300h is a vehicle that will offer a long-distance commuter a level of luxury that is hard to match at its price level.

The Toyota RAV4 Prime brings all-wheel drive and crossover capability to the list of choices. The Bolt EUV is unique with regard to its hands-free highway driving, and the Dodge Challenger is a vehicle that those who want a car with an attitude will enjoy.

What is the best long-distance commuter car to buy?

Our analysis points to the Honda Insight and Hyundai Sonata as the best two choices overall for commuters with long drives. Those seeking a battery-electric vehicle should check out the Bolt EUV.

Will driving long-distance diminish the value of my car?

Vehicles of the same age will have different residual values based on the mileage they have driven. Long-distance commuting can reduce the value of your vehicle prematurely. That is why we recommend vehicles with good reliability records for commuters. Vehicles with strong reliability records can make up for mileage when it comes time to sell or trade.

Generally, battery-electric vehicles do not make good road trip cars, but they can be perfect for commuting. It all depends on one’s available charging options. We would not recommend a BEV to any commuter who does not have a Level 2 charger at home. Charging at work is always helpful, but as EVs proliferate, it will be hard for public charger infrastructure to keep pace. Your at-work charger may be all yours today, but in the future, it may need to be shared with many other coworkers.