You can save hundreds or even thousands of dollars in the long run by choosing the right SUV with great gas mileage.

Don’t be surprised if this list skews heavily toward Toyota. The company that brought the first hybrid to market hasn’t looked back, and it builds the broadest selection of high-mileage SUVs. 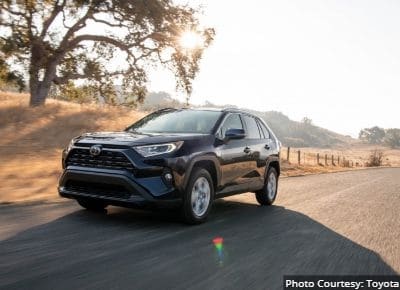 The five-passenger Toyota RAV4 Hybrid is one of the top-selling small SUVs in America. If any vehicle demonstrates the high market demand for fuel-efficient crossover SUVs, this is the one.

The RAV4 Hybrid is all-wheel drive in every trim and boasts a 219 hp powertrain that results in a 40 MPG Combined EPA rating. Using a total of three electric motors to augment its uniquely efficient four-cylinder gas engine, the RAV4 Hybrid has proven to be ultra-reliable over eight model years and two generations. It is also America’s top-selling hybrid SUV. The RAV4 Hybrid was updated in 2018, and it gained a much more modern infotainment system. 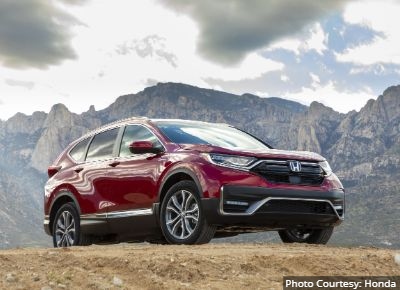 Although Honda was long second only to Toyota in its commitment to fuel-efficient passenger vehicles, it took the company until last year to produce a hybrid version of their popular midsize SUV. Available in two or all-wheel drive, the CR-V Hybrid will feel familiar to any former Honda owner. It offers the same satisfying driving experience that has attracted Honda shoppers for decades.

Although the Honda CR-V Hybrid is “only” rated at 38 MPG, in our real-world testing over a week of combined driving, it exceeded that rating by about 1 MPG. Two things missing from the CR-V Hybrid are a spare tire and a towing rating. Honda doesn’t offer a spare in any trim of this SUV, and its US version is not rated to tow. 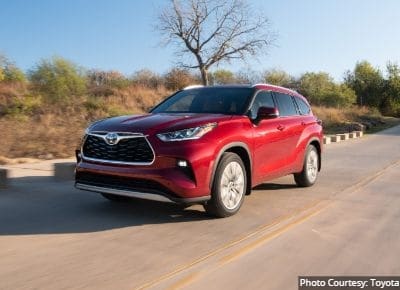 Those looking for a fuel-efficient midsize SUV with three rows and a legacy of reliability will find it in the Toyota Highlander Hybrid. Toyota offers the Highlander Hybrid with front or all-wheel drive. With a strong 243 hp and the combined torque output of the electric motor in the hybrid drive, the Highlander Hybrid feels just as strong as any of its non-hybrid peers on the open road. 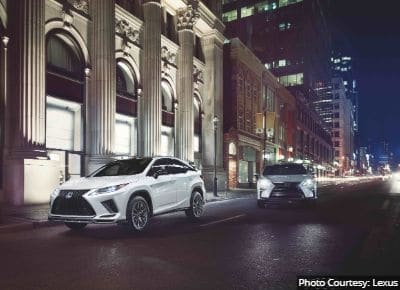 The Lexus RX 450h is offered in two versions, the classic two-row and newer three-row “L” version. Both use a unique six-cylinder hybrid powertrain. With a 30 MPG fuel economy rating, the Lexus RX series offers an unusual combination of power, luxury, and efficiency.

Despite its finer accouterments, the RX is a midsize SUV with an optional tow package that includes a transmission cooler and heavy-duty alternator. Every RX 450h trim also has a spare tire, rare among luxury vehicles in general and almost non-existent in luxury green vehicles today. 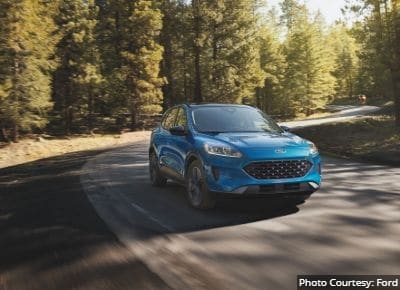 The small SUV from Ford is offered in either front-wheel drive with a Combined EPA fuel economy estimate of 41 MPG or AWD with a 40 MPG rating. Like Toyota, Ford has been offering an Escape Hybrid for a long time, and Ford’s commitment to fuel savings is evident across its entire product line.

We have not tested the current-generation Escape Hybrid and see relatively few on the road. We’d caution buyers to check local availability before mentally committing to one. One added note; Ford has removed the spare tire from all Escapes for 2021. We hesitate to call any vehicle without a spare tire a “utility” vehicle.

You may qualify for additional deals and incentives, check out this month's Ford deals. 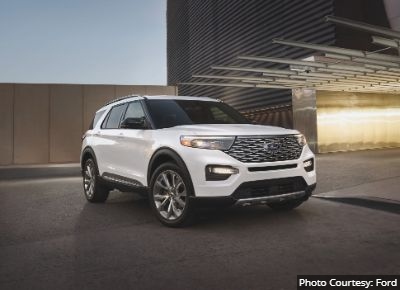 How does a six-passenger vehicle with a 25 MPG rating earn a spot on a list of vehicles with great fuel economy? Hear us out.

The Explorer is a large three-row SUV, and the one we feel fits the term Sport Utility Vehicle better than any other vehicle on this list. With a 5,000-pound towing capability and massive 87 cu ft cargo capacity, the Explorer Hybrid is a true SUV.

What hybrid SUVs have the best gas mileage?

Some SUV models can get up to an estimated 40 MPG. The Toyota Highlander Hybrid, Honda CR-V Hybrid, and Ford Escape Hybrid are some SUVs with the best gas mileage.

What is the best luxury hybrid SUV with good gas mileage?

One of the better choices for a fuel-efficient luxury SUV is the Lexus RX 450h. It gets an estimated 30 MPG.

What brand has the best fuel-efficient hybrid SUVs?

Toyota brought the first hybrid to the market and offers the broadest selection of high-mileage SUVs. Specifically, the RAV4 Hybrid and Highlander Hybrid models are worth paying attention to.

How much money can I save by buying a fuel-efficient hybrid SUV?

Drivers can save up to $2,500 in fuel costs if they pick the right fuel-efficient SUV.